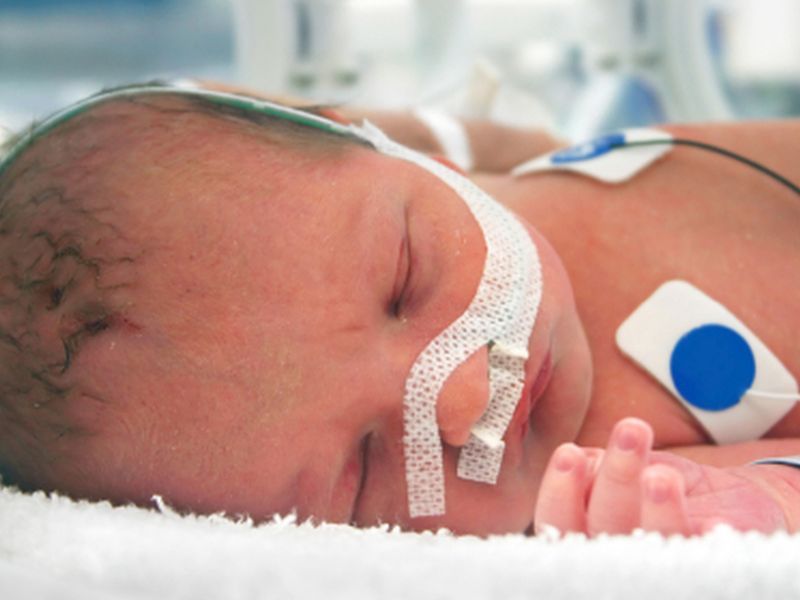 Researchers who recorded the most detailed images ever made of newborns' lungs as they took their first breaths say the breakthrough could improve treatment of breathing problems in babies.

"This new technology not only allows us to see deep into the lungs but is also the only method we have of continuously imaging the lungs without using radiation or interrupting life-saving care," he added. "This study has shown that babies' lungs are far more complicated than traditional monitoring methods had previously suggested."

About 10% of newborns -- and nearly all preterm infants -- require resuscitation because their lungs don't fill properly with air at birth.

For the study, an international team used a cutting edge-technology called electrical impedance tomography (EIT). A small silk belt was placed around an infant's chest to capture detailed images deep in the lungs without limiting parental contact or medical care. The infants studied were born at full term.

Using this method, researchers gathered high-resolution images of air moving through the lungs breath by breath. Tingay is now researching whether using this technology on very preterm babies may help predict which will go on to develop lung problems.

This type of lung imaging would have been welcomed by Joanna Bezette when her daughter Camilla was born at 25 weeks. She is now 14 months old and has chronic lung disease.

"Milly had to be intubated at just eight minutes old," Bezette said in an institute news release. "She spent the next five months in the neonatal intensive care unit relying on various types of respiratory ventilation and having what felt like an endless amount of X-rays. There were times when she had two or three X-rays a day. You just shudder to think of a tiny baby having to go through that."

Bezette said it took doctors about a month to get a full picture of just how little and underdeveloped Milly's lungs were. Even today, she still needs extra oxygen when sleeping.

"So many families could be spared in future from what we went through in those first few weeks of Milly's life," Bezette said. "To have imaging technology that can detect quickly whether there is problem with a newborn's lungs and that's also not invasive will be of such great comfort."

"Improving interventions in the delivery room first requires understanding the processes that define success and failure of breathing at birth," he said. "This study has significantly reduced that knowledge gap. We hope that being able to see these unique breathing patterns in the delivery room will tell clinicians when a baby needs resuscitation and also guide how effective that resuscitation is."

The findings were published online recently in the American Journal of Respiratory and Critical Care Medicine.

The American Academy of Pediatrics has more on the health issues of premature babies.