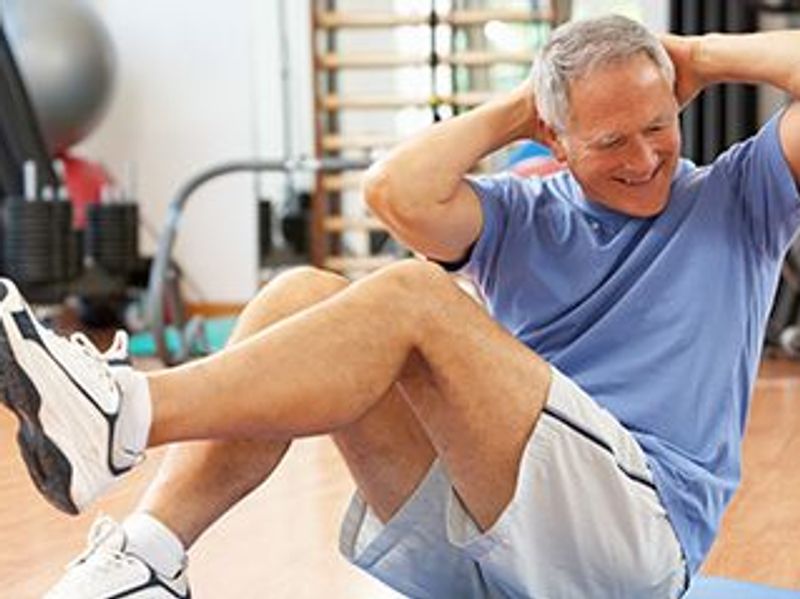 Researchers from University of Texas Southwestern Medical Center looked at 70 men and women diagnosed with mild cognitive impairment (MCI). This means there are slight changes to the brain that affect memory, decision-making or reasoning skills. In many cases, MCI progresses to Alzheimer's disease and other types of dementia.

"This [study] is part of a growing body of evidence linking exercise with brain health," study leader Rong Zhang, a professor of neurology, said in a UT Southwestern news release. "We've shown for the first time in a randomized trial in these older adults that exercise gets more blood flowing to your brain."

Forty-eight volunteers finished the year-long training and returned for follow-up tests. By that time, blood flow to the brain had increased among the 19 participants in the aerobic exercise program, but not among the 29 in the stretching program.

The aerobic group also showed decreased stiffness of blood vessels in their neck. The researchers did not detect changes in these measurements among people who followed the stretching program.

The study didn't find any significant changes in memory or thinking, but that may be because of the small size or short length of the trial, according to the researchers. They noted that changes to blood flow to the brain could precede mental decline.

They're now conducting a larger two-year study to further examine the link between exercise and mental decline.

As many as one-fifth of people 65 and older have some degree of mild cognitive impairment. Previous research has shown that lower-than-normal levels of blood flow to the brain, and stiffer blood vessels leading to the brain, are associated with MCI and dementia.

"There is still a lot we don't know about the effects of exercise on cognitive decline later in life," study co-author C. Munro Cullum, a professor of clinical psychology, said in the release. "MCI and dementia are likely to be influenced by a complex interplay of many factors, and we think that, at least for some people, exercise is one of those factors."

The results were published online March 23 in the Journal of Alzheimer's Disease.

The U.S. National Institute on Aging has more about mild cognitive impairment.