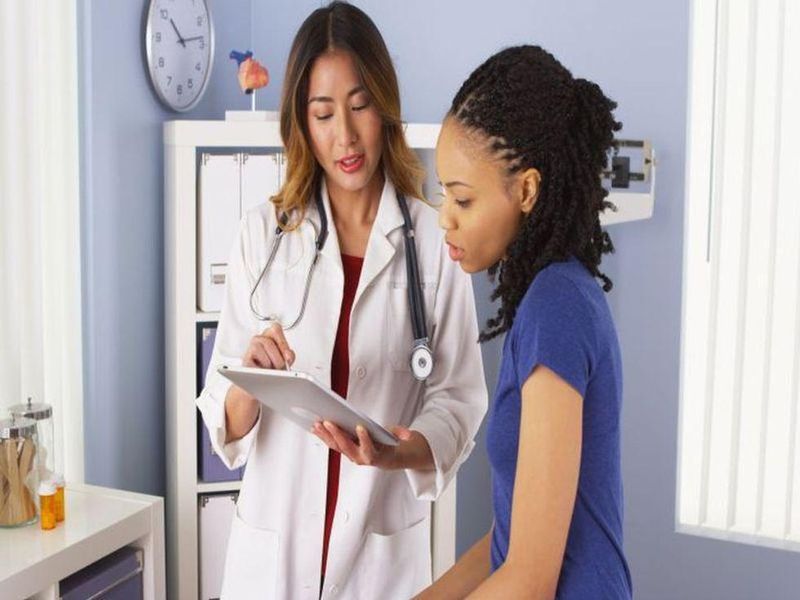 Why Do Black Women Have More Delays for Lifesaving Breast Biopsies?

Women of color may face delays in getting a biopsy after a screening mammogram suggests they might have breast cancer, a large, new study finds.

Researchers found that compared with white women, Asian, Black and Hispanic women were all more likely to wait over a month for a breast biopsy following an abnormal screening mammogram.

Black women were at particular risk, with a higher likelihood of waiting three months or more.

The concern, experts said, is that the lags could mean delays in treatment if the abnormality turns out to be cancer -- or, if it's not cancer, months of needless anxiety.

What's unclear is exactly why women of color have more biopsy delays, said lead researcher Dr. Marissa Lawson, acting instructor of radiology at the University of Washington School of Medicine.

"There's something going on at the level of the facility," Lawson said. "But we don't know what it is yet."

To the researchers' surprise, it did not matter whether a facility was part of an academic medical center. Nor did it matter whether a center used newer digital or 3D mammograms or had on-site biopsy services.

Lawson said that more studies are needed to figure out what's going on. But structural racism could be at work, her team said -- if, for example, fewer resources are allocated to the screening facilities women of color typically attend.

The findings, published June 23 in the journal JAMA Oncology, add to evidence of racial disparities in breast cancer diagnosis in the United States. Studies have found that compared with white women, women of other races are diagnosed at a later stage, on average. Others have shown that after an abnormal mammogram, women of color tend to wait longer for a biopsy.

The latest study looked at a large group of women -- more than 45,000 in six U.S. states who had an abnormal screening mammogram result and needed a biopsy.

Most women did get a biopsy within a month of their mammogram finding. However, 35% did not: That included 43% of Black and Hispanic women, and 48% of Asian women -- versus 29% of white women.

The disparities remained at the 60-day point, when 19% of Black and Hispanic women, and 22% of Asian women, had not yet undergone a biopsy. That compared with 14% of white women. At the 90-day mark, Black women still had a statistically higher risk.

According to Lawson, the disparities were not explained by factors like age, education and income level, or where women lived. Instead, the screening facility seemed to tell part of the story.

It's important to note that the women all received screening mammograms, said Dr. Julie Gralow, chief medical officer of the American Society of Clinical Oncology. That means they overcame any barriers to getting screened in the first place, she said -- yet there were still disparities in timely biopsies.

"Factors occurring at the screening facility level deserve attention based on these findings, and some can be fixed," said Gralow, who was not involved in the study.

Some research has found that offering women same-day biopsy can reduce racial disparities. But, Gralow said, that's not feasible for smaller screening centers, or the mobile mammography units that many centers use to reach underserved neighborhoods.

"It would be nice to see a breakdown of this data based on mammograms done via mobile vans and time to biopsy," Gralow said.

Another factor, she said, is how screening mammography is covered. There is a federal program that provides free screening, but it does not cover further tests if an abnormality is found. That's up to states, Gralow said, and there is often an application process -- and a need for a social worker or patient "navigator" to help -- which can cause delays.

None of this, however, should deter women from getting recommended breast cancer screenings, both doctors stressed.

Most abnormalities detected by mammography, Gralow noted, turn out to be benign. But screening and timely biopsy can catch breast cancer at an earlier stage, which often means less aggressive treatment, she said.

"Women should continue to get screened and follow the recommendations of the radiologist," Lawson said.

But this study, she added, shows that it's factors in the health care system, and not patients, that are impeding timelier biopsies.

The nonprofit Susan G. Komen has more on follow-up after an abnormal mammogram.