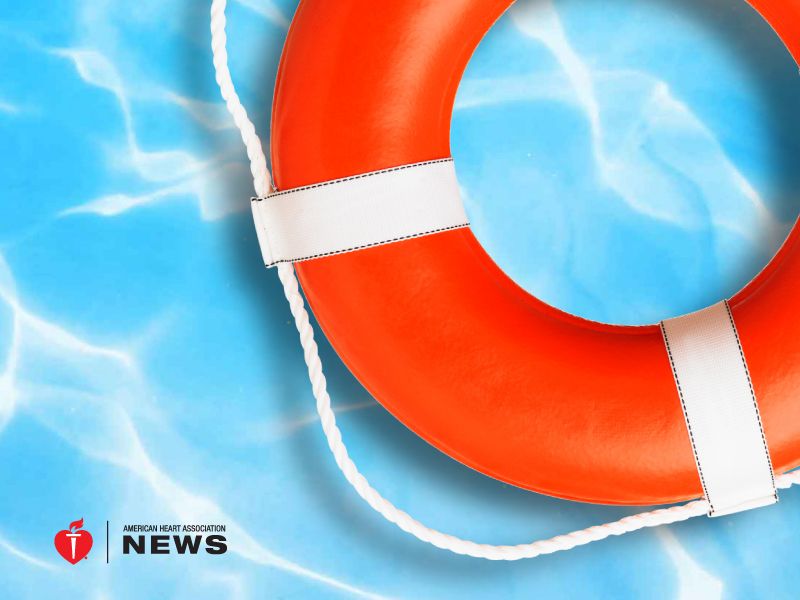 AHA: Kids Can Drown Quickly and Silently, So Prevention Is Key

Metro's 3-year-old son, who was swimming with family friends, was found at the bottom of the pool with his towel. One friend started CPR -- or the closest thing he knew based on what he'd seen on TV -- on Clay's blue, lifeless body.

Paramedics arrived and got Clay's heart beating again. He was taken by helicopter to the hospital and spent two days in a coma before making what Metro calls "nothing short of a miraculous recovery."

"The doctors said, 'We don't know why he's alive,' " Metro said. "The only thing -- the only thing -- we can attribute it to is the bystander CPR. … He didn't see the inside of a hospital for an hour and a half [after almost drowning]. That was really what did it."

Drowning is the third-leading cause of unintentional injury death worldwide, accounting for 7 percent of all injury-related deaths, according to the World Health Organization. The agency estimates there are 360,000 annual drowning deaths worldwide.

The Metros' good fortune is anecdotal evidence of the findings from a study, published in the June 2017 edition of the journal Resuscitation, which found that chances for neurological recovery from a near-drowning increase when the victim receives CPR from a bystander.

"We would advocate for parents knowing CPR, and particularly if they have a pool, they should become familiar and get trained in mouth-to-mouth rescue breathing," said Dr. Michael Sayre, a professor of emergency medicine at the University of Washington in Seattle. "Whereas hands-only CPR is typically focused on someone who is not in the water and collapses suddenly for other reasons, people underwater die because of lack of oxygen."

After Clay's recovery, Metro founded a nonprofit called CPR Party, using the model of at-home shopping parties to encourage people to teach and learn CPR. The lessons aren't equal to official CPR certification, Metro said, but "they will know what to do and hopefully, we create a bridge to certification. We just give them that basic knowledge to empower them."

About one in five people who die from drowning are 14 years old or younger, according to the U.S. Centers for Disease Control and Prevention. And for every child who dies from drowning, another five receive emergency department care for nonfatal injuries, often including brain damage. The numbers are particularly discouraging, experts say, because in many cases, drowning is preventable.

"The biggest thing we try to get through to people is you need to maintain constant, active supervision when people are in the water," said Adam Katchmarchi, executive director of the National Drowning Prevention Alliance. "Regardless of age and swimming ability, you should never swim alone. You should always swim around someone who's keeping that vigilant watch over the water, whether that be a parent in a backyard pool or whether you're swimming in a lifeguarded area."

On its website, the NDPA stresses what it calls "layers of protection," including swimmer training, facility safety and parental responsibilities designed to prevent drowning. Drowning can happen quickly and silently, without warning, Katchmarchi said.

"We're used to the Baywatch drowning, where people see on TV that someone's going to be waving their arms and screaming for help," he said.

"An actual drowning victim, when they're in that 20- to 60-second fight for survival, they're unable to call for help because all of their energy is being used to keep their head above water. A lot of times they're bobbing up and down, going under and re-emerging and trying to get air, so it's really difficult for them to call out for help," Katchmarchi said.

"It's really easy to say, 'Oh, I'm watching my kids,' but you're scrolling through Facebook or your Twitter feed. … Even if you're distracted for just a short period of time, it can happen really quickly and really silently."