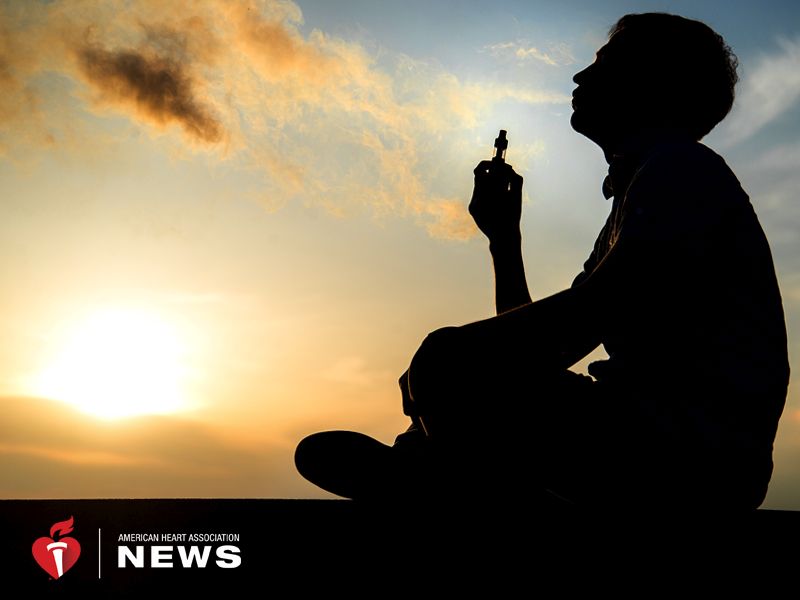 A new study involving mice raises another concern about the danger of e-cigarettes in humans after experiments showed that short-term exposure to the device's vapors appeared to increase the risk of clot formation.

A higher risk of clots forming can lead to a greater chance of a stroke or heart attack.

In the study published July 18 in the Journal of the American Heart Association, mice were exposed to two daily sessions of vapor from a top-selling brand of e-cigarette liquid over five days. A second group of mice used as a control was exposed only to clean air.

The study found that the platelets in mice exposed to e-cigarette vapors became hyperactive. Platelets are the components inside blood that help the body form clots to stop bleeding. The overactive platelets in the mice exposed to e-cigarettes resulted in the formation of blood clots, which would be at risk of traveling to the heart or brain where they could cause a heart attack or stroke.

Researchers who conducted the study said they hope the findings raise public awareness about the health dangers of e-cigarettes -- dangers that scientists are only beginning to understand.

Of particular concern is the popularity of e-cigarettes among young people, said pharmacist and researcher Fatima Alshbool, the lead author of the study. According to the U.S. Centers for Disease Control and Prevention, 11.7 percent of high schoolers in 2016 said they had used an e-cigarette, up from 1.5 percent in 2011.

"Youth who have never smoked before are now starting to use e-cigarettes, partly because of this lack of information about their safety," said Alshbool, an assistant professor of pharmacology at the University of Texas at El Paso's School of Pharmacy.

While e-cigarettes do not have tobacco, many still deliver a high concentration of addictive nicotine through a liquid form.

Dr. Neal Benowitz, a longtime tobacco researcher who was not involved in the study, said the findings demonstrate "clearly and with multiple measures" that exposure to e-cigarettes increases clotting under the specific test settings used on the mice.

"It would be a mistake to lump all e-cigarettes together. All those devices are so different" and heat the contents at different levels, said Benowitz, a professor at the Center for Tobacco Control and Research and Education at the University of California, San Francisco.

He added that the e-cigarette liquids also vary in strength.

"The liquids are so different, and so are the flavors. Certain flavoring can break down to cause toxic substances that we know are bad for you, while other flavors don't," he said.

"The pattern of exposure is different. Humans basically adjust their puffs, taking one when they want. In a mouse, it's artificial in many ways," he said. "You give an animal a strange noxious thing to breathe in and they get pretty stressed out, so who knows what's going on with them."

But Benowitz praised the thoroughness of the study and said it raises appropriate concerns about whether e-cigarettes harmfully augment the blood clotting process.

"The real question is the relevance for people. It's a really important question that has to be investigated in people … using these devices in ways they're actually used," he said.