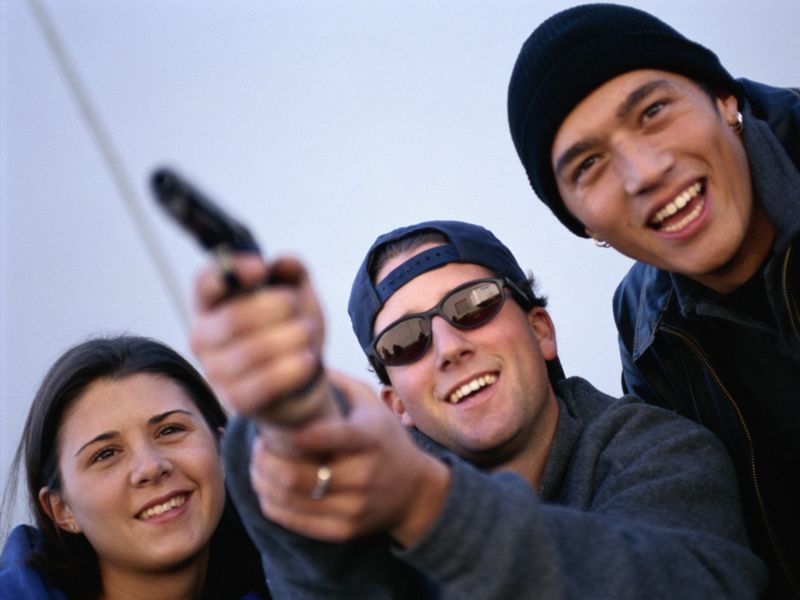 Researchers found that the stringency of a state's firearm legislation has a direct impact on the number of kids killed by guns.

"It seemed to have a dose-dependent effect. The more laws there are, the fewer deaths there are," Chao said.

Lax firearms laws, in particular, create an increased risk for suicide among children, the researchers found.

Laws that limit children's access to guns -- requirements for locking mechanisms on guns, keeping firearms in locked boxes or safes, and storing guns separate from ammunition -- protected kids from suicide, the study found.

"States that didn't have any laws designed to specifically protect children had four times the pediatric suicide death rate as states that had laws that both required safe gun storage and said you can't provide a gun to a child," Chao said.

She and her colleagues compared federal statistics on child gun-related deaths with a scorecard maintained by the Brady Campaign to Prevent Gun Violence. The group rates gun law stringency state-by-state.

Arizona has the loosest guns laws, while California is the strictest, according to the Brady Campaign.

The study found that the link between child gun deaths and gun control laws persisted even after the researchers controlled for other factors like poverty, unemployment and substance abuse.

Dr. Georges Benjamin, executive director of the American Public Health Association, said, "It's more evidence of what we already know, which is that guns are an independent determinant of injury and death, separate from pretty much anything else."

There also appeared to be a spillover effect. The safety of children in any given state was affected by the stringency of firearm legislation in neighboring states, the researchers said.

"It's clearly access," said Benjamin. "Kids are finding those firearms. And it's not just preventable shootings, where a child picked up a gun and somehow fired it. It's also suicides. This really nails the case that it's about the guns and the firearm availability."

Firearm laws also influence the number of gun injuries sustained by kids, according to the study.

The study results are scheduled for presentation Monday at the annual meeting of the American Academy of Pediatrics, in Orlando, Fla.

Another research team presenting at the AAP conference found that most children can't tell a real gun from a toy gun by looking at it.

For the study, Dr. Kiesha Fraser Doh and her colleagues surveyed about 300 caregiver-child pairs visiting one of three pediatric emergency departments in the southeastern United States over a three-month period in 2017.

Only 41 percent of kids aged 7 to 17 could tell a toy gun from an actual firearm when shown side-by-side photos of both, the researchers found.

This is worrisome because the gun owners surveyed were nearly twice as likely as non-gun owners to let their children play with toy guns, said Dr. Fraser Doh, an emergency medicine physician at Emory University School of Medicine in Atlanta.

Also, only one-third of the gun owners stored their guns locked, unloaded and separate from ammunition, as recommended by the AAP, the researchers found.

"Part of the messaging we would want parents to give their children is if they see a firearm, walk away," Fraser Doh said. If a kid can't tell a real gun from a toy gun by sight, they are more likely to go over and play with what turns out to be a real firearm.

Research presented at meetings is usually considered preliminary until published in a peer-reviewed medical journal.

The American Academy of Pediatrics has more about gun safety and children.