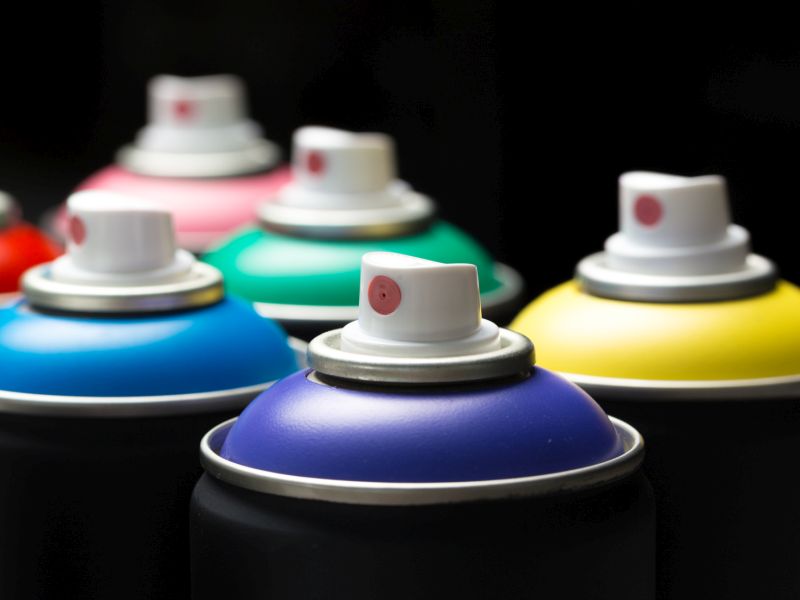 Aerosol products are found in every household but can be potential killers, doctors warn.

Highlighting the dangers posed by "huffing," Dutch physicians outline the tragic case of a 19-year-old who died after inhaling spray deodorant to get high.

The teenager, who'd been in a residential drug rehabilitation program, died of cardiac arrest soon after, according to a new report on the case.

Such inhalant abuse -- also often called "sniffing" -- is nothing new. In fact, it has disappeared from the spotlight in more recent years, as rates dipped after the 1990s and the opioid epidemic increasingly captured headlines.

However, inhalant abuse remains common: A U.S. survey found that in 2017, close to 9 percent of 12- to 17-year-olds had ever tried to get high from common products such as cleaners, spray paint, glue, felt-tip markers or lighter fluid.

"Inhalant abuse has fallen off the radar a bit, but it's still common," said Dr. Kelly Johnson-Arbor, a medical toxicologist with the nonprofit National Capital Poison Center in Washington, D.C.

It's particularly appealing to kids because they can easily get their hands on household products, noted Johnson-Arbor, who was not involved in the new case report.

Beyond that, she said, kids may assume the seemingly benign products can't hurt them.

But this teenager's death illustrates just how misguided those perceptions are, Johnson-Arbor said.

The report, published Nov. 15 in the journal BMJ Case Reports, centers on a 19-year-old Dutch man who was in a rehab center for ketamine and marijuana abuse.

Without any drugs available, he reached for a personal care product -- spray deodorant -- in a quest to get high. He initially became hyper, "jumping up and down," according to the report, before collapsing.

Nurses at the center performed basic life support, and when paramedics arrived they discovered the man was in cardiac arrest. That means the heart has stopped and is no longer pumping blood to the rest of the body. Paramedics used a portable defibrillator to try to "shock" his heart back into a normal rhythm, but could not revive him.

When the patient was taken to the hospital, doctors placed him in a medically induced coma. But when his condition failed to improve after more than a week, further treatment was deemed futile. He was taken off life support and died shortly after.

Like many aerosol products, spray deodorant typically contains butane as a gas propellant, according to Dr. Kelvin Harvey Kramp, one of the doctors on the case.

Butane and similar substances are readily absorbed into fat tissue, including nervous system tissue. That action can produce the "high" inhalant abusers are looking for -- but it can also have severe consequences for the heart and other vital organs, according to Kramp.

At this point, there have been many reports on inhalant-linked deaths, said Kramp, of Maastad Hospital in Rotterdam, the Netherlands.

But, he said, one hope with this report is to raise awareness that people in drug rehab may be especially vulnerable to this type of substance abuse.

Another, Kramp said, is to warn young people about the dangers of inhalants in general.

There are immediate risks other than cardiac arrest, Johnson-Arbor noted: For one, the intoxication can lead to serious or fatal accidents.

According to Kramp, some deaths have been blamed on suffocation, when victims used a plastic bag to inhale the chemical fumes.

Chronic inhalant abuse can also have lasting consequences, Johnson-Arbor said. Over time, it may damage the brain or peripheral nerves in the limbs, for example.

It can be tough for parents to spot inhalant abuse, according to Johnson-Arbor. Even if your child swipes your spray deodorant, she noted, he or she may simply be using it as intended.

That said, Johnson-Arbor pointed to some potential red flags parents can look for: a rash around the mouth where the chemical has irritated the skin; chemical smells from a child's clothes or breath; or large amounts of household products gone missing.

Johnson-Arbor suggested that parents try to head off any experimentation by talking to their kids about the dangers of huffing.

"If you don't discuss this with them, they'll hear about it at school or at summer camp," she said. "It's better to arm your child with knowledge."

The U.S. National Institute on Drug Abuse has more on inhalant abuse.