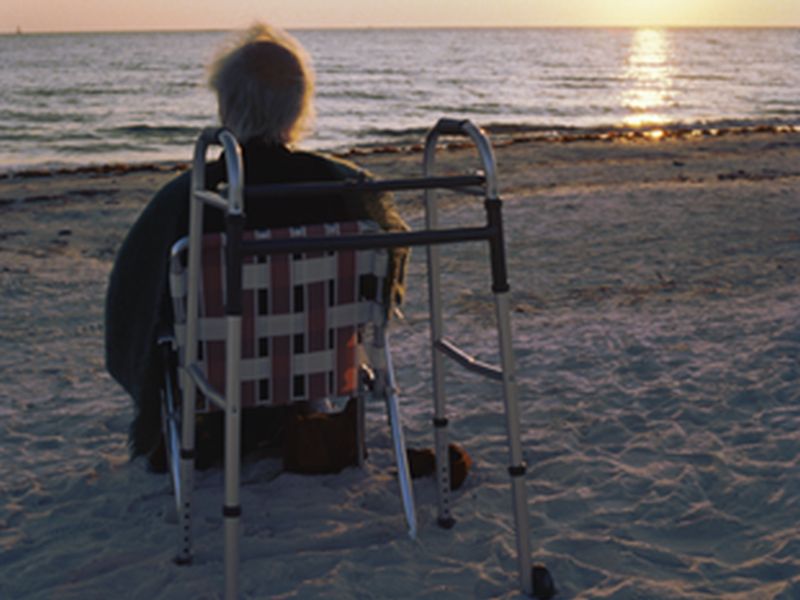 The number of people living with Parkinson's disease worldwide could double in the next two decades, experts project.

In a report warning of a possible Parkinson's "pandemic," researchers say the stage is set for cases to surge to 12 million or more by 2040.

What's to blame? In large part, trends that are generally positive: Older age is a major risk factor for Parkinson's, and with life expectancy rising worldwide, more people will develop the disease. At the same time, Parkinson's patients are surviving longer, which drives up the number of people living with the disease at any given time.

Then there's a less expected factor: Declining smoking rates. While the habit has many devastating effects, research suggests it protects against Parkinson's.

Those are obviously trends that no one wants to reverse, said report author Dr. Ray Dorsey.

There are, however, other ways to slow the projected rise in Parkinson's, said Dorsey, a professor of neurology at the University of Rochester Medical Center in New York.

"We believe there's a lot we can do toward prevention," he said.

At the top of the list is reducing people's exposure to certain pesticides, solvents and other chemicals that research has linked to Parkinson's risk.

As an example, Dorsey pointed to the weed-killer paraquat. "It's been strongly linked to an increased risk of Parkinson's, and it's banned in 32 countries," he said.

Then there is trichloroethylene (TCE) -- an industrial solvent that is a known human carcinogen and can contaminate groundwater, according to the U.S. Department of Health.

TCE is also toxic to nerve cells, and studies have tied it to Parkinson's, Dorsey said.

The cause is unclear, but as the disease progresses, the brain loses cells that produce dopamine -- a chemical that regulates movement. As a result, people suffer symptoms like tremors, stiff limbs, and balance and coordination problems. All gradually worsen over time.

Medications and other treatments can lessen those effects, but there is no cure.

The new report -- co-authored by representatives of the Parkinson's Foundation and Michael J. Fox Foundation -- paints a potentially bleak picture.

Between 1990 and 2015, the number of people diagnosed with Parkinson's worldwide doubled, to just over 6 million. And based on the aging population, Dorsey and his colleagues project that the number will double again by 2040, to about 12 million.

But that figure, they say, could actually be higher -- up to 17 million -- with declining smoking rates and growing industrialization factored into the mix.

"There is an urgent and pressing need for the world to wake up and recognize there is a coming wave of Parkinson's disease," said Dr. Michael Okun, medical director of the Parkinson's Foundation and an author of the report.

In addition to broader bans on paraquat and TCE, Dorsey said other measures could help stem the tide.

For example, people with a history of head injury face a relatively higher risk of Parkinson's. So preventing head injuries in the workplace, sports or recreation -- by wearing helmets, for instance -- could help, Dorsey said.

But beyond prevention, health care systems have to prepare for a surge in Parkinson's, according to Okun.

"The numbers of patients with Parkinson's disease are growing at rates that will overwhelm the world's health care systems," he said.

One key step, Dorsey said, will be to find ways to bring health care to patients at home.

"If I'm an elderly person with Parkinson's who can no longer drive," he said, "I need the care to come to me."

Of course, many patients will have family members who can help out. But that brings up another huge issue -- the burden on family caregivers.

Already in the United States, more than 30 million people provide care to an adult aged 50 or older, Dorsey pointed out.

"The main reason," he said, "is neurological conditions, like Alzheimer's and Parkinson's."

The report was published recently in a supplement to the Journal of Parkinson's Disease.