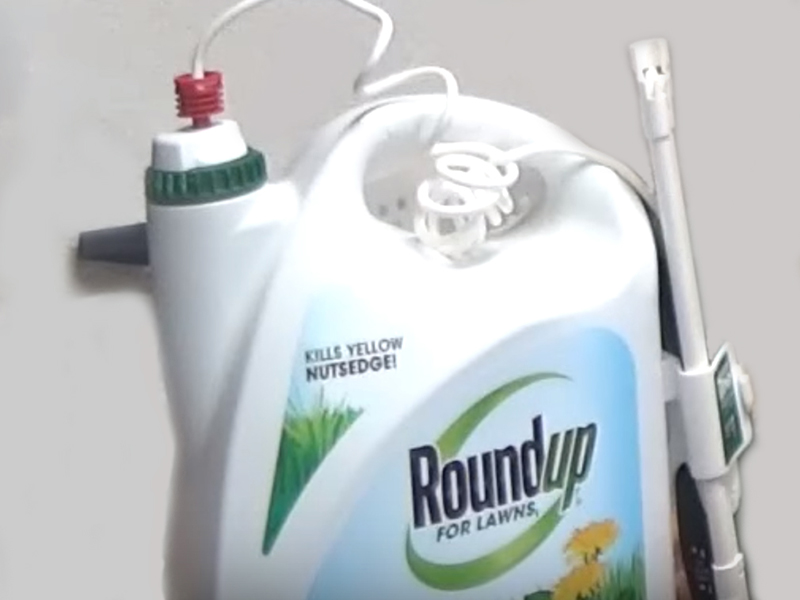 The popular weed killer Roundup might be linked to liver disease, a new study suggests.

A group of patients suffering from liver disease had elevated urine levels of glyphosate, the primary weed-killing ingredient in Roundup, according to researchers at the University of California, San Diego (UCSD).

"We found those patients who had more severe disease had higher levels of [glyphosate] excretion, which means they had higher levels of exposure, presumably through their diet," said lead researcher Paul Mills. He is director of UCSD's Center of Excellence for Research and Training in Integrative Health.

Until now, debate regarding the health effects of glyphosate has largely centered on fears that the chemical causes cancer.

Earlier this month, a California jury awarded $2 billion to a couple who said long-term exposure to Roundup caused them to develop the same type of cancer -- non-Hodgkin lymphoma -- four years apart.

That happened days after the U.S. Environmental Protection Agency (EPA) issued a draft conclusion that glyphosate poses "no risks to public health" and "is not likely to be carcinogenic for humans."

Dr. Kenneth Spaeth is chief of occupational and environmental medicine at Northwell Health in Great Neck, N.Y. He said that the UCSD study findings regarding liver disease raise "a whole other area of potential reason to have concern about this product and its widespread use globally."

Glyphosate is the most widely used herbicide in the United States, the researchers said. The weed killer was developed and patented by Monsanto in the 1970s, and accounts for about half of the company's annual revenue.

Monsanto's parent company, Bayer, issued a statement noting that previous research required to bring the product to market has shown that glyphosate is safe.

"All pesticides, including glyphosate, are tested for their potential to harm liver function in tests that rely on internationally accepted protocols and are conducted according to good laboratory practices," Bayer said. "All of this testing demonstrates that glyphosate does not harm liver function."

Mills said he became interested in glyphosate's potential effects on the liver after studies showing that laboratory rats and mice fed the chemical tended to develop a form of fatty liver disease unrelated to alcohol consumption.

To see whether the weed killer might be linked to similar disease in humans, Mills and his colleagues examined urine samples from 93 patients who were suspected of having fatty liver disease.

Glyphosate residue was significantly higher in patients with liver disease than in those with a healthier liver, the investigators found. There also appeared to be a dose-dependent relationship -- the more glyphosate in the urine, the worse a person's liver health.

In their statement, Bayer said: "While we are still examining this recently released study, the data indicates that the researchers failed to consider confounding factors including potential existing metabolic disorders in participants, which would make the results of the study unreliable."

While the study could not prove cause and effect, the researchers said the findings remained significant even after accounting for age, race/ethnicity, body fat and diabetes status.

Mills said, "Given there are these questions, I'd love for the EPA to say 'we're going to take another look at this.'"

Glyphosate might harm the liver in a couple of ways, he suggested.

The chemical might interfere with the liver's ability to process fats, causing them to accumulate in the organ. Or it might damage genes that regulate fat metabolism in the liver.

Glyphosate is used to improve commercial crop yields by killing weeds that would choke the plants, so much of a person's exposure to the chemical is likely due to diet, Mills said.

The best way to protect yourself would be to adopt an organic diet, eating only foods that have not been grown with herbicides or pesticides, he explained.

Noting that his study was small, Mills hopes other researchers will follow up with larger-scale efforts to examine effects of glyphosate on the liver.

"I'm hoping some other labs around the country that have either liver centers or other samples available will take a look at this also and see what kind of signal they find," he said. "That would help move us forward."

The new study was published online recently in the journal Clinical Gastroenterology and Hepatology.

The U.S. Environmental Protection Agency has more about glyphosate.