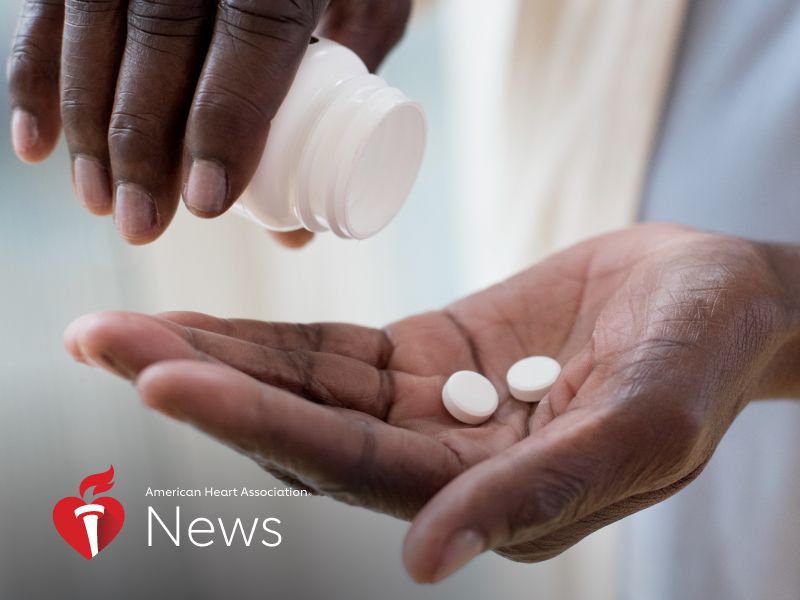 AHA News: These Stroke Survivors May Not Be Prescribed Enough Blood Pressure Meds

Nearly two-thirds of people who survive an often-deadly type of stroke caused by bleeding in the brain continue to experience high blood pressure because they aren't taking enough medication, new research shows.

"If they don't achieve control, the risk of a recurrent stroke is three to four times higher," said lead researcher Dr. Kay-Cheong Teo, of the University of Hong Kong's department of medicine. His team included researchers from Massachusetts General Hospital in Boston.

The study of 1,172 bleeding stroke survivors from Boston and Hong Kong found 64.3% of those in Boston and 32.7% in Hong Kong continued to experience high blood pressure, also called hypertension, six months after their strokes, despite treatment.

About a third of the Boston stroke survivors and nearly as many in Hong Kong, 29.7%, experienced hypertension that was resistant to medication. But the balance – 66.5% in Boston and 70.3% in Hong Kong – were not prescribed enough medications to bring blood pressure under control.

Uncontrolled hypertension significantly increases the risk of intracerebral hemorrhage, a deadly type of stroke that strikes more than 40,000 Americans each year. The risk is even higher for African Americans and Hispanics, who are less likely to be adequately treated for high blood pressure.

The new study found stroke survivors most likely to need three or more medications to control their blood pressure were younger than 65, had systolic blood pressure (the top number) above 190 mmHg, or had a previous history of hypertension.

Teo said it was important for these bleeding stroke survivors to be started on multiple blood pressure medications – needed because they are more effective in combination – before leaving the hospital.

Dr. Kyra J. Becker, a neurology professor at the University of Washington in Seattle, agreed. "A lot of studies suggest that the medications you are on when you get discharged from the hospital are the ones you stay on."

The study did not look at why people failed to get enough blood pressure medication following a stroke. Factors such as patient compliance and the inability to tolerate medications were not examined, only whether the medications were prescribed, Teo said.

Becker said it was once the practice to start with a single blood pressure medication and slowly add additional medications if one wasn't sufficient, "but that is no longer the case." Today, research supports starting with multiple medications used in combination in these patients.

"There needs to be more education among primary care providers about the importance of blood pressure control," she said. "Someone really needs to take ownership of the patient and try to achieve those goals."

Inadequately controlled blood pressure also can lead to kidney disease and increase the risk for dementia, Becker said. "It's a bad thing."