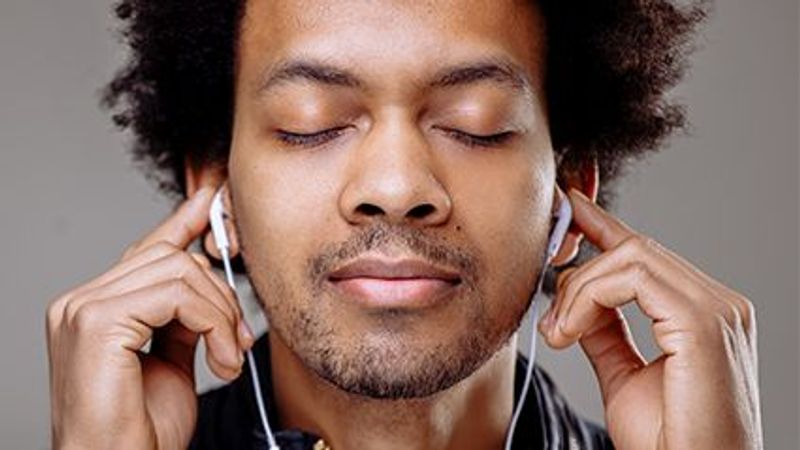 Rap Music Is Putting Mental Health in the Spotlight

Beat-heavy rap music could help beat mental illness: Over the past two decades, the lyrics of the most popular songs in rap have increasingly hit on issues related to anxiety, depression and mental health, a new study reveals.

"I think anyone who's been a fan of rap music across the last two decades -- myself included -- had a feeling this was happening," said study author Alex Kresovich, a doctoral fellow in the Hussman School of Journalism and Media at the University of North Carolina at Chapel Hill. And it makes sense, he added, given that "the suicide rate among young people in the United States went up 60% from 2007 to 2018."

Indeed, rap songs referring to suicide shot up from zero in 1998 to 12% by 2018. In the same time frame, references to depression rose from 16% to 32%, while the inclusion of metaphors linked to mental health struggles rose from 8% to 44%.

"And we found a statistically significant increase in the proportion of popular rap songs that reference depression, suicide, and metaphors about mental health struggles," Kresovich noted. This included such phrases as '"being pushed to the edge" or "losing my mind."

By way of example, Kresovich highlighted one of this year's Grammy-nominated songs by the artist Big Sean. Entitled "Deep Reverence," it includes the following lyric:

"In high school, I learned chemistry, biology, but not how to cope with anxiety. Or how I could feel like I'm by myself on an island with depression on all sides of me."

And there was the 2017 megahit by Logic, "1-800-273-8255," which referenced the Suicide Prevention Hotline and raised awareness among the young.

"Superstar rap artists like Logic, Jay-Z, Kanye West, J. Cole, Kendrick Lamar, Chance the Rapper and Big Sean have been very much at the forefront of opening up the mental health conversation," added Kresovich, who in an earlier life was a music producer and song writer. "Kanye's '808s & Heartbreak' album in 2008 was groundbreaking in its emotional openness, and really appears to have paved the way for a new generation of artists."

But what does rap's embrace of mental health issues actually mean for listeners?

"Celebrity rap artists are highly visible and highly influential role models to youth," Kresovich stressed, noting that rap is currently the most popular musical genre in the United States. "The fact that rap songs with these messages are resonating with such a wide audience strike me as a cry for help," he added, "when you consider that young people are the main consumers of popular music and the mental health epidemic currently being experienced by youth."

Those observations were echoed by Pamela Rutledge, director of the Media Psychology Research Center in Corona Del Mar, Calif.

"References to mental health by celebrities can be very influential, as they function as authorities and role models by virtue of their success and visibility," said Rutledge, who wasn't part of the study. "[Pop] celebrities such as Justin Bieber about depression, and Demi Lovato with bipolar disorder. These disclosures helped normalize mental health issues and validated getting treatment as a socially acceptable action."

Rutledge cautioned, however, that "how the messaging is framed matters, and whether or not the artists speak of mental illness in ways the overcome the stigma against mental illness and encourage acceptance and treatment seeking, or if they are presented as signs of weakness. This is particularly important in rap music, as it has not always presented positive social norms regarding gender and social acceptance."

Still, she noted that rap music certainly has the potential to increase the "willingness to get information and help rather than hide or suffer through depression, anxiety and suicide."

"We don't yet know if the consequences of listening to these songs is positive or negative," he acknowledged. "That said, simply just opening up this conversation is a gigantic step forward. I'm hopeful that celebrity rap artists who are open about their mental health difficulties can act as role models and be an instrumental part of reversing distressing mental health trends among U.S. youth."

Kresovich and his university colleagues published their findings online Dec. 7 in the journal JAMA Pediatrics.