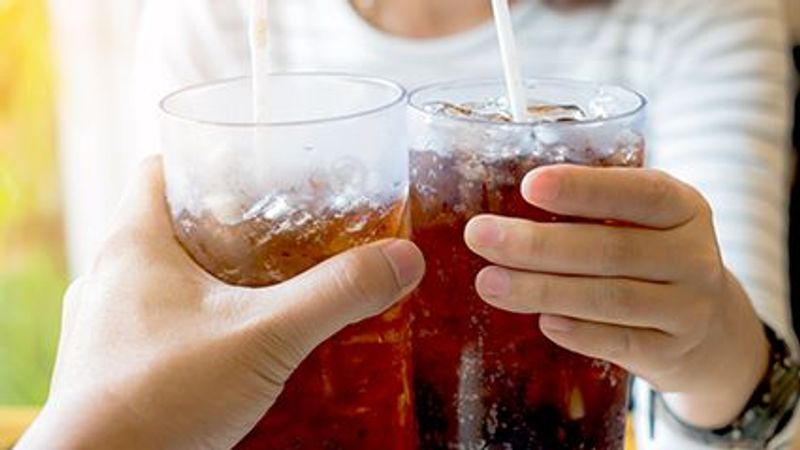 It could be more than just added calories: New research gives insight into why sugary drinks are a leading cause of obesity.

Sugar-sweetened drinks are the largest source of calories from added sugar for U.S. adults, and researchers now report that the drinks also hinder hormones that quell hunger and regulate appetite.

"Our study found that when young adults consumed drinks containing sucrose, they produced lower levels of appetite-regulating hormones than when they consumed drinks containing glucose -- the main type of sugar that circulates in the bloodstream," said researcher Dr. Kathleen Page. She's an associate professor of medicine specializing in diabetes and childhood obesity at the University of Southern California's Keck School of Medicine.

The study included 69 adults, aged 18 to 35, who consumed drinks containing either sucrose or glucose during two separate sessions. Sucrose is a combination of glucose and fructose from sugar cane or sugar beets. Glucose is found in honey, grapes, figs and plums.

Blood samples were taken from the study participants 10, 35 and 120 minutes after they had the drinks. When they consumed drinks with sucrose, they produced lower amounts of hormones that suppress hunger than when they had drinks with an equal amount of glucose, the findings showed.

The researchers also found that factors such as body weight and sex affected how the different types of sugars affected those hormones.

For example, obese people and those with lower insulin sensitivity had a smaller rise in hunger-suppressing hormones after they had drinks sweetened with sucrose than when they had drinks with glucose.

The study was published Dec. 10 in the Journal of Clinical Endocrinology & Metabolism.

The findings don't mean that you should switch from one type of sweet drink to another, but that you should try to cut back on any type of added sugar, according to Page, head of the university's Diabetes and Obesity Research Institute.

"The majority of sucrose that people consume in the American diet comes from sugar-sweetened foods and beverages, whereas glucose is found naturally in most carbohydrate-containing foods, including fruits and whole grain breads," she said in a university news release.

"I would advise reducing the consumption of sugar-sweetened foods and beverages and instead trying to eat more whole foods, like fruits," Page added.

The Harvard School of Public Health has more on sugary drinks.