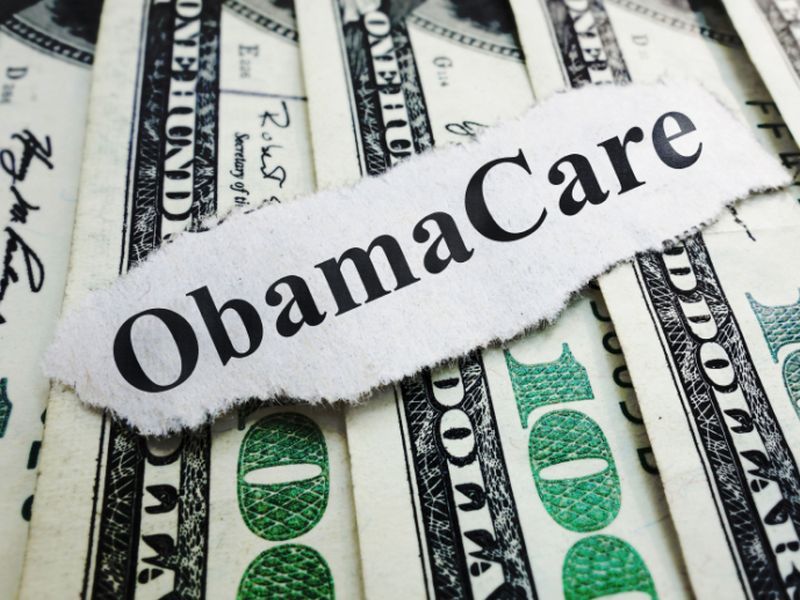 The popularity of the Affordable Care Act, or Obamacare, continues to grow, with nearly two-thirds of Americans saying they want the law to remain as is or be improved, a new Harris/HealthDay poll shows.

About 34% of U.S. adults think the Affordable Care Act should remain in place, and another 28% believe it should stay but have some parts changed, according to poll results taken between Dec. 8 and 10.

Only 20% of Americans support repeal of the ACA, the poll found.

"Nearly 2 in 3 Americans now say the health care reform that was signed into law by President Obama should remain in place, either in full or with some parts changed, and the proportion of Americans calling for its repeal -- just 1 in 5 -- is the lowest we've seen since we started asking this question in 2010," said Kathy Steinberg, vice president of research for public release at the Harris Poll.

Back in 2010, 28% of people wanted to have the ACA repealed, versus 22% who wanted the law to remain in place and 21% who wanted some parts changed.

"The Republicans lost the House in 2018 in significant part because of their failed attempt to repeal and replace the Affordable Care Act," Dorn said. "That effort was a key factor in boosting the popularity of this health reform law, because it helped people understand what protections they have under the law."

Dorn likened the public's change of heart to lyrics from a Joni Mitchell song: "Don't it always seem to go/That you don't know what you got 'til it's gone."

Nearly all of the once hotly debated components of the law also have increased in popularity, the poll found:

The only ACA component that has not dramatically risen in popularity is the individual mandate -- the rule that everyone be required to buy health insurance or pay a penalty. Only 26% of those surveyed support the mandate, a slight increase from 22% in 2016.

Republicans essentially killed the individual mandate in 2016 by reducing the penalty associated with it to $0.

At the time, ACA supporters were concerned that the move would place the health insurance marketplaces into a "death spiral," with only sick people paying for coverage doomed to become more and more expensive. Instead, the marketplaces have remained healthy, Dorn said.

"The way the individual mandate was implemented, it really didn't contribute all that much to the law. It caused some people to enroll, but the most important motivation proved to be the need for coverage," Dorn said. "People want insurance, if it's affordable to them and it meets their needs."

Despite this increasing popularity, Americans remain somewhat confused about exactly what is Obamacare and the Affordable Care Act.

The majority of U.S. adults say they are very or somewhat familiar with Obamacare (73%) or the Affordable Care Act (68%).

Yet only about 2 in 5 (39%) know that Obamacare and the ACA are the same thing, and nearly 3 in 10 (29%) are not sure about the relationship between the ACA and Obamacare.

About 13% of folks said the ACA is part of Obamacare and another 13% thought Obamacare is part of the ACA, and 6% thought the two aren't related at all.

"The Harris Poll has been tracking Americans' attitudes about the ACA for over 10 years and, even though there is some confusion about what the Affordable Care Act is and its relationship to Obamacare, our latest results reveal that public support for the ACA has increased significantly compared to four years ago," Steinberg said.

A majority of Americans have confidence that President-elect Joe Biden will protect and build upon the Affordable Care Act during his upcoming four-year term.

About 54% said Biden will work with Congress to make the ACA much or somewhat better, while 30% said they will make the law somewhat or much worse.

HealthCare.gov has more about the Affordable Care Act.