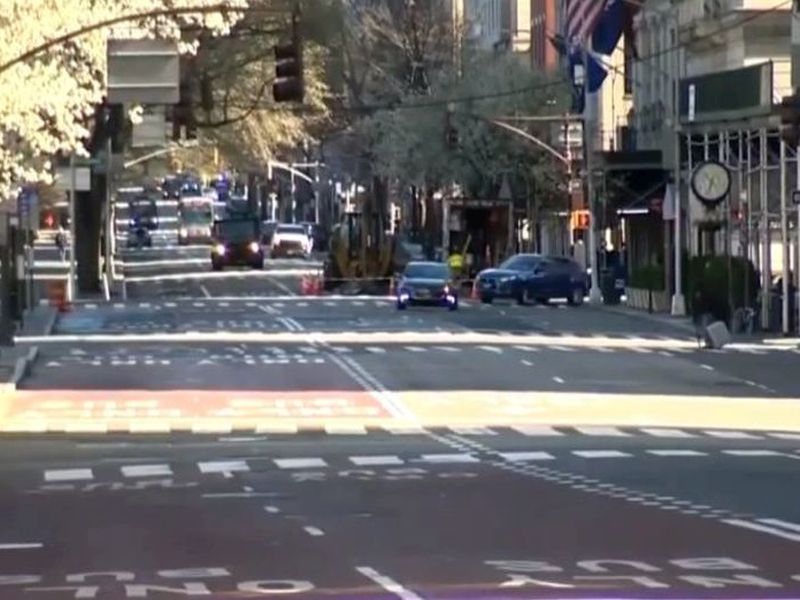 The COVID-19 shutdown in New York City gave researchers an unintended "natural experiment" of cleaner air, where they could simulate what it would be like for future health and economics if improved air quality could be sustained.

In their new study, Columbia University researchers asked, "What if air quality improvements in New York City during the spring 2020 COVID-19 shutdown were sustained for five years without the economic and health costs of the pandemic?"

They estimated that the city would potentially reap about $32 billion to $77 billion in economic benefits, as well as thousands of avoided cases of illness and deaths in children and adults.

"Air quality improvements from the shutdown happened as the result of a tragic situation," said study first author Frederica Perera. She's director of translational research at the Columbia Center for Children's Environmental Health and a professor of environmental health sciences at the university's Mailman School of Public Health.

"However, our hypothetical clean air scenario could be achieved through air pollution and climate mitigation policies, including those that support low carbon modes of transportation and reduce emissions in other sectors," Perera said in a university news release.

She and her colleagues used air quality monitoring data from the New York State Department of Environmental Quality to estimate a 23% reduction in fine particulate matter (PM2.5) concentrations citywide during the COVID-19 shutdown period of March 15 to May 15 compared to the average level for those months in 2015-2018.

Based on 2020 data, they extrapolated ambient levels of PM2.5 for a five-year period.

This does not mean that the disparity in health outcomes across neighborhoods would be eliminated under this scenario because underlying risk factors would still remain, the researchers said.

The hypothetical clean air scenario is a goal for policies to reduce emissions, not an estimate of the benefits of the pandemic, they said.

Air quality improvements during the New York City spring shutdown were the result of an estimated 60% decline in automobile traffic, as well as declines in air traffic, construction, restaurant operation and electricity generation.

The study's findings were published online recently in the journal Environmental Research.

NASA offers more on pollution levels during the COVID-19 pandemic.