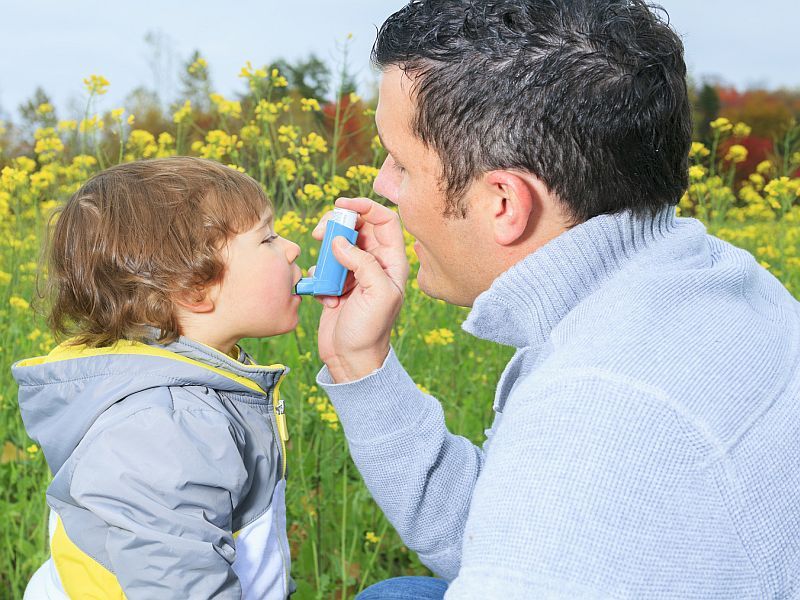 Fewer children end up in ERs for asthma attacks if nearby coal-fired power plants are shut down, a new study finds.

"When these power plants close, we see a reduction of somewhere between 12% and 18% in emergency department visits for asthma," said senior researcher Emily Pakhtigian, an assistant professor of public policy at Pennsylvania State University. "When the plants close down, children's respiratory health improves."

The improvement in respiratory health is due to a decrease in what is called particulate matter pollution. This pollution consists of tiny particles from the burning of coal that are inhaled and lodge in the lungs. This type of pollution has been linked with asthma and other breathing problems.

"Particulate matter in those nearby areas also decreases following the plant closures, and so we expect that a main mechanism that's going on here is that children that live nearby are experiencing less particulate matter exposure, and that's contributing to this reduction in emergency department visits," Pakhtigian said.

The study included children up to 4 years old seen in hospitals between 2009 and 2017, specifically looking at neighborhoods near three coal-fired power plants before and after they closed.

The team found that emergency department visits for asthma decreased 12% in areas near the three power plants after they closed, compared with areas farther away from the plants.

In fact, emergency department visits went down by more than 35 per 10,000 children, the findings showed.

The areas where coal-fired power plants operate are mostly in places where minority and poor people live. And these are the children who have been the most vulnerable to asthma, Pakhtigian said.

"These benefits are accruing to children who might be even more vulnerable than some others," she noted.

Pakhtigian suggested that, over time, closing coal-fired power plants may have even more health benefits for kids and savings in health care costs.

For example, emergency department visits are expensive, and they don't turn people away, so fewer visits mean lower costs, she said.

The report was published online March 18 in the American Journal of Public Health.

According to Dr. John Balmes, a spokesperson for the American Lung Association and a professor of medicine at the University of California, San Francisco, "Coal-fired power plant emissions are among the worst air pollution emissions that can affect health, especially asthma."

Specifically, the reduction in sulfur dioxide from these plants closing perhaps has the most benefit for those with asthma. "Sulfur dioxide, in particular, is nasty for people with asthma, and coal-fired power plants are the main source of sulfur dioxide," Balmes said.

Closing these plants can be cost-saving, not only to medical care, but to society as a whole, he added.

"The closure of the coal-fired power plants in favor of natural gas is cheaper and definitely cleaner. Not that it's perfectly clean, but natural gas is cleaner and often cheaper than coal," Balmes said.

Of course, coal-fired power plants aren't the only source of air pollution, which is why he supports moving away from "dirty diesel" to cleaner diesel vehicles.

Air pollution is not the only cause of asthma, "but it is one of the things we can do something about," Balmes said.

Balmes hopes the Biden administration will resume the Clean Power Plan that the Obama administration put forward. "I'm hoping that we move at the federal level more aggressively to close coal-fired power plants," he said.

For more on coal-fired power plant pollution, head to the Union of Concerned Scientists.