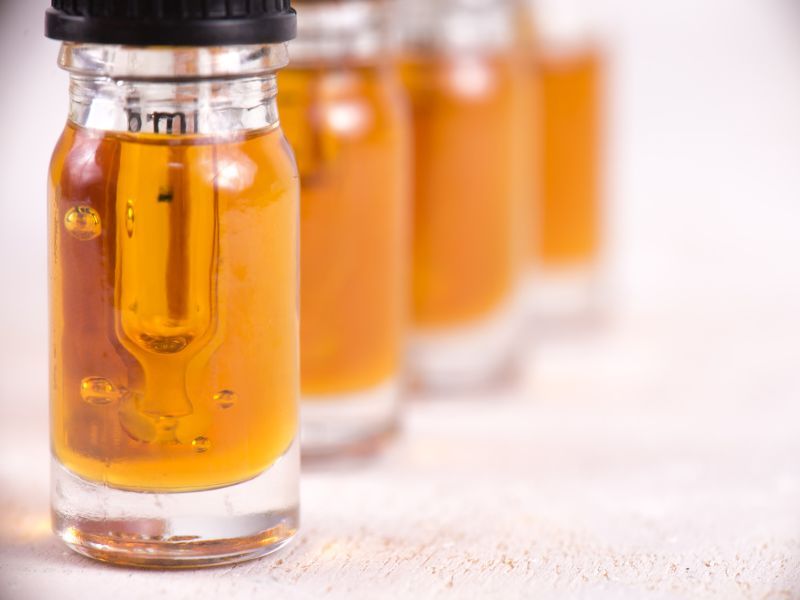 Did CBD Oil for Seizures Push a 2-Year-Old Boy Into Puberty?

CBD oil used to curb seizures in a 2-year-old with epilepsy may be linked to the boy developing signs of a very early puberty, a British case study reports.

The incident is outlined in the April 15 issue of the journal BMJ Case Reports.

Doctors reported that since birth the boy had experienced about 20 seizures a day and they were increasing over time. Prior research has suggested that cannabis might help curtail pediatric seizures stemming from epilepsy, so the boy's mother began giving him cannabidiol oil.

Also known as CBD, cannabidiol is derived from hemp, a cousin of the marijuana plant and does not cause a high.

But the child's mother believes the oil did something far more alarming. Just a month after he was treated with CBD oil, the toddler developed pubic hair, new body odors, face and body acne, and enlarged genitals.

All are symptoms of what's clinically known as "central precocious puberty" (CPP) -- meaning puberty that begins before 9 years of age.

The case study noted that this single case is the first known potential instance of cannabis-triggered CPP. Its lead author is Dr. Aditya Krishnan of the University Hospitals Birmingham NHS Foundation Trust in England.

"Until a more robust evidence base is established," Krishnan and colleagues wrote, "clinicians should be cautious of hormonal consequences of cannabis-related products, particularly as children with brain abnormalities may be more susceptible to these effects."

An outside expert who reviewed the case study, however, cautioned that the murky circumstances surrounding the case make it hard to draw firm conclusions.

"This boy undoubtedly had central precocious puberty by clinical and laboratory findings," said Dr. Alan Rogol, a professor emeritus of pediatrics and endocrinology at the University of Virginia. He added that the condition is "quite uncommon in boys."

But linking cannabis to CPP is problematic, he said, because it is unclear exactly what the child was given.

The boy's mother bought the oil on the internet without a prescription, according to the case report.

More than 100 different compounds make up the active ingredients in cannabis, Rogol noted. Some can prove toxic to the central nervous system, he added, with the U.S. National Institute on Drug Abuse listing slurred speech, confusion, headaches, dizziness and movement difficulties as possible side effects.

But other cannabinoid compounds do not pose such a risk, Rogol added. Typically, when pure cannabis oil is used to treat certain forms of epilepsy, there has been "little if any other impact" on the patient other than seizure control, he said.

The oil given to this toddler was never taken to a laboratory for testing.

"We do not know what it contained," Rogol said.

He added that the boy had severe uncontrolled epilepsy linked to a specific genetic mutation. The boy also suffered from hypotonia, a condition in which muscles are in near-constant tension and stiffness. Compounding both conditions were poor eyesight and muscle control.

"It is unclear to me what condition is associated with the genetic condition he had," Rogol said. "Might he have had precocious puberty because of the central nervous system dysfunction noted by seizures and developmental delay?"

Based on this one case, Rogol said it is not possible to draw a direct cause-and-effect between cannabis use and the kind of early puberty the boy experienced.

"Of course, any significant [and] especially rare disease occurring contemporaneously with the ingestion of a drug or a toxin is noteworthy," he added.

Though further investigation might be warranted, Rogol said it would be difficult.

"Most doctors, even epilepsy specialists, will never see the combination of central precocious puberty -- and its multiple causes -- and epilepsy, which is more common but [also] has a myriad of causes," he noted.

In the meantime, Rogol advised any physician who decides to treat pediatric epilepsy with some form of cannabis to examine young patients for any sign of puberty -- no matter whether they are boys or girls or how old they are.

"That's relatively simple to do, but so often not done," he said.

The University of Iowa Stead Family Children's Hospital has more on pediatric epilepsy.