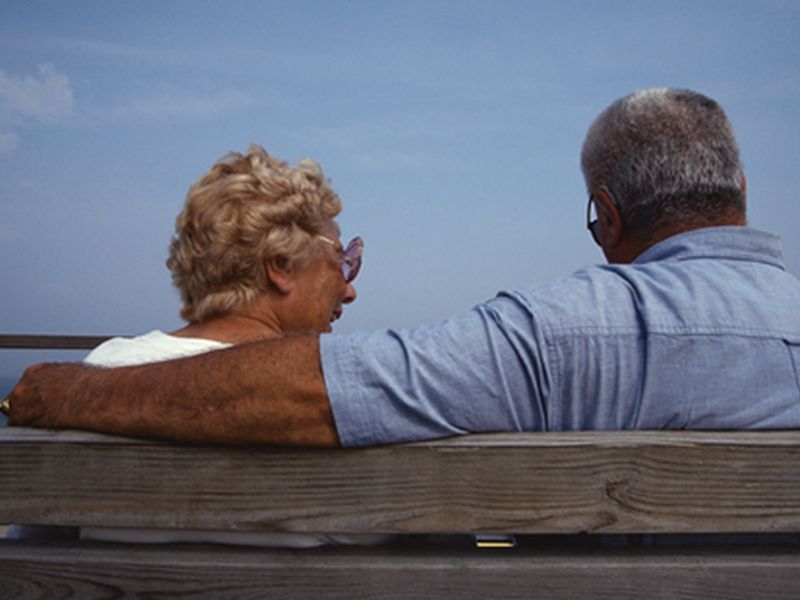 Grief Can Strike Even Before a Loved One Is Gone

Feelings of grief are expected after the loss of a loved one, but having those feelings when your loved one has a terminal illness is also real and can fluctuate over time, experts say.


Individuals can adjust to their emotional pain, according to a new study focusing on what is known as "pre-loss grief" observed at two points in time for people whose family members had advanced cancer or dementia.

"There's a lot of research on anticipatory grief, which involves worry about the future. But pre-loss grief in that moment is pretty ignored," said study author Jonathan Singer, a clinical psychology intern in psychiatry and behavioral health at Ohio State University.

"With medical advances, people are going to be living longer with life-limiting illnesses, so there will be a bigger and bigger issue with grief before the person passes away," he said in a university news release. "Symptoms of pre-loss grief can predict long-term negative outcomes after a loved one's death, so this is a good intervention target that we should figure out now."

The first questionnaire uncovered substantial pre-loss grief among participants. One month later, symptoms of pre-loss grief decreased for 69% of participants, though women and those with heavy caregiving burden were more likely to feel more intense grief.

Family members of patients with dementia were more likely than family members of cancer patients to have severe pre-loss grief, though some people anticipating the loss of a loved one to cancer also had unexpectedly high levels of grief.

Symptoms were similar, no matter how long the individuals had known that their loved one had a life-limiting illness.

"People in this study had pre-loss grief at a very high rate after many years. That was shocking, because one might think over time it would get easier. But with Alzheimer's disease, it can get harder, and with cancer there could be a similar trajectory, starting with hope at the beginning but feeling worse over time," Singer said.

"What's happening with these family members still struggling -- is it the caregiver burden, is it that they've lost their identity, is it that they're not engaging in pleasurable activities anymore? That's what we want to hit on next," he said.

Pre-loss grief is not a clinical diagnosis, but prolonged grief disorder in people mourning the death of a loved one was added to the Diagnostic and Statistical Manual of Mental Disorders released this year. Symptoms include preoccupation with thoughts or memories of the lost family member combined with symptoms such as intense emotional pain, a sense of disbelief and difficulty moving on with life.

Singer led a recent study designed to help provide a better understanding of how preparing for the death of a family member may prevent mental health problems for their survivors. He is now involved in a study of a longer-term trajectory of pre-loss grief.

The study was published recently in the Journal of Health Psychology.