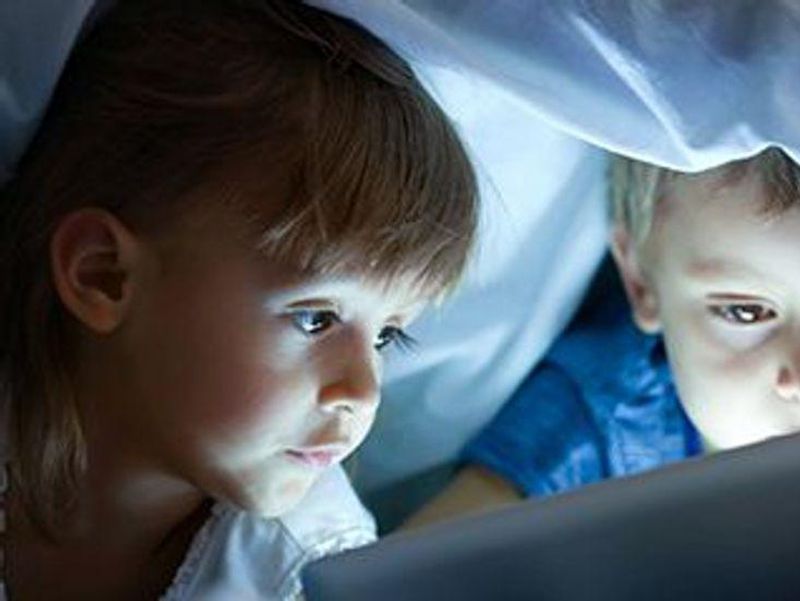 Is too much screen time turning kids off of books?

New research suggests that's so: Toddlers who regularly spent time on electronic devices -- including tablets, smartphones and TVs -- were less likely to read print books with their parents at age 3. That, in turn, translated to even more screen use by age 5.

And not all screen time is equal, added McArthur, of Alberta Children's Hospital Research Institute at the University of Calgary in Canada.

She said that "high-quality" educational content is different from, for example, gaming apps that bombard young children with ads.

"Our stance is not that screen time is always bad," McArthur said.

However, she said, book time is critical for young children, as it boosts their literacy and serves as a way to bond with their parents. So, it's important to know whether electronic devices may be displacing that.

The findings, published May 24 in the journal Pediatrics, are based on surveys of more than 2,400 mothers who reported on their children's screen time and reading habits at the ages of 2, 3 and 5.

On average, the study found, toddlers who logged more screen time were reading books less often by age 3. Those preschoolers, in turn, generally spent more time on devices at age 5.

For every 10-minute decrease in daily reading at age 3, screen time at age 5 rose by 25 minutes per week, the study found.

The American Academy of Pediatrics (AAP) does recommend limits on young children's screen time and content: Before the age of 18 months, it should be limited to video chats with an adult.

From the age of 18 months to 2 years, the AAP says, children should only watch educational content, with an adult watching along with them. And between the ages of 2 and 5, any non-educational screen time should be limited to one hour per day (or on weekends, three hours).

This study looked only at kids' time using electronic devices, McArthur said -- not the content, or whether their parents watched with them.

And those details do matter, according to Dr. Jenny Radesky, a developmental behavioral pediatrician at University of Michigan C.S. Mott Children's Hospital.

She agreed that the message is not "screens are bad."

"We find so much variability in how parents use them," said Radesky, who wrote an editorial published with the study.

However, there are differences between today's go-anywhere digital media and the largely TV-based media of yore, both Radesky and McArthur said.

With TV, it is easier -- for researchers and lay people alike -- to distinguish educational content from entertainment. With mobile apps designed for young children, Radesky said, even those branded as educational are often "crammed with ads."

Those ads, in the form of pop-up videos or banners, interrupt children's play, distract them from the educational content, and may use kids' favorite characters to try to win in-app purchases.

Plus, McArthur said, traditional TV shows were on at specific times. "If you missed your favorite show, you might not watch at all," she noted. "You would do something else."

With today's devices, youngsters can demand to see their favorites any time.

What about using devices for reading with young children? There are differences between e-books and old-fashioned print ones, Radesky said.

In her own research, she has found that preschoolers and parents tend to talk and interact less when they share e-books than when they read traditional books together.

Books are "static," Radesky noted, and devoid of the bells and whistles that can mesmerize -- and also distract -- kids who are using devices.

So print books may challenge youngsters more when it comes to "sitting still" and focusing their attention, Radesky explained. At the same, they can also allow children to be more engaged in the reading experience itself.

The AAP's recommendations on reading are straightforward: Parents should strive to read out loud to their children every day, starting from birth.

The American Academy of Pediatrics has advice on encouraging children to read.