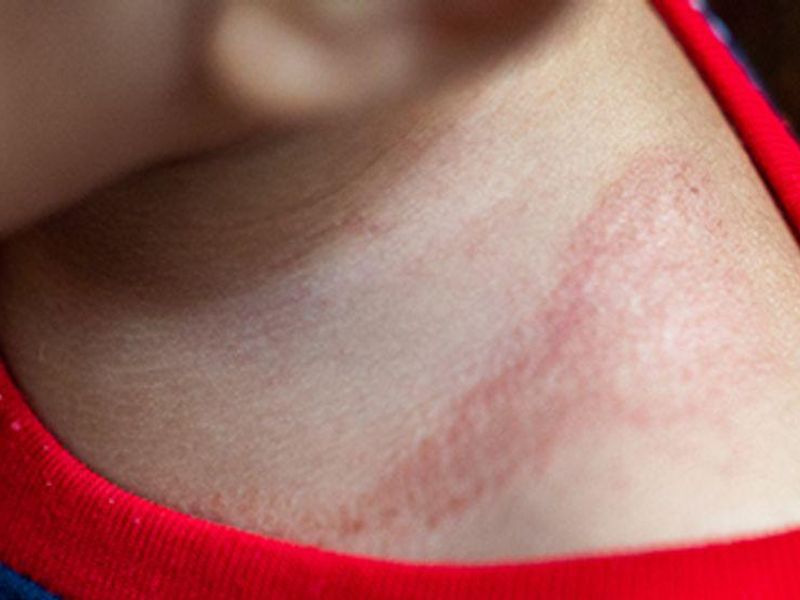 Drug Could Be Promising New Option Against Eczema

The clinical trials were funded by the dug's maker, AbbVie Inc., and included nearly 1,700 patients with the inflammatory skin condition.

"The results of these trials ... were so incredible that by week 16, most patients with moderate to severe atopic dermatitis [eczema] either had a 90% disease clearance, or even 100% disease clearance," study first author Dr. Emma Guttman-Yassky said in a Mount Sinai news release. She's professor and chair of the department of dermatology at Mount Sinai's Icahn School of Medicine, in New York City.

According to the National Eczema Association, "people with eczema tend to have an over-reactive immune system that when triggered by a substance outside or inside the body, responds by producing inflammation. It is this inflammation that causes the red, itchy and painful skin symptoms common to most types of eczema."

Eczema affects more that 31 million American adults and between 10 to 20% of children, the study authors noted.

The two new clinical trials involved a total of almost 1,700 patients and took place between 2018 and 2020.

Besides the rapid disease clearance noted in patients, "the itch improvements already started to be significant within days from the beginning of the trials, and the maximum clinical efficacy was obtained early, at week 4, and maintained to week 16," Guttman-Yassky said.

The drug was well tolerated by patients who received the two highest doses of the drug -- 15 milligrams and 30 milligrams -- and no significant safety risks were seen, she added.

Upadacitinib is already approved and marketed for use against rheumatoid arthritis under the brand name Rinvoq. It works by blocking what are known as multiple cytokine-signaling pathways -- parts of the immune system that can malfunction and cause eczema.

According to Guttman-Yassky, other eczema therapies exist, but most come with certain drawbacks.

While injectable biologic drugs are highly successful in treating eczema patients who don't respond to or can't use topical creams, their use cannot be stopped and restarted at will, because the potential creation of anti-drug antibodies will shorten the half-life of the drugs, she explained.

However, "patients were able to start and restart [upadacitinib] at any time, allowing for flexibility, which cannot be achieved with biologics," Guttman-Yassky, said. "And, biologics, which are injectable agents that target specific lymphocytes that are 'misbehaving' or are up-regulated in atopic dermatitis, do not suppress the entire immune system as other immunosuppressants tend to do."

Dr. Michele Green is a dermatologist at Lenox Hill Hospital in New York City who wasn't involved in the new study.

She called the findings "important."

Upadacitinib is the first drug in its class "to be effectively used for patients with significant improvement of pruritus [itch] within several days of treatment and clearance of their disease within several weeks," Green noted.

"It is also significant since adolescents were included in this study and I believe an oral treatment is much more appealing to treating adolescents than current injectable biologics," she added.

The study was published online May 20 in The Lancet journal.

The American Academy of Family Physicians has more on eczema.