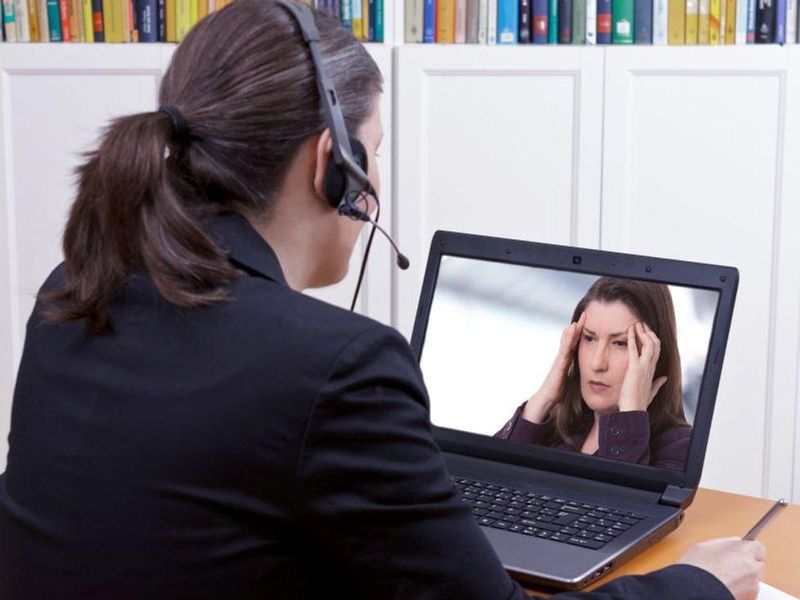 Telehealth Is Growing in Use, Acceptance Among Americans: Poll

Many Americans have used telehealth and would turn to it for mental health care, a new online poll shows.

Conducted by the American Psychological Association (APA) from March 26 to April 5, the poll found that 38% had used telehealth to consult with a health professional, up from 31% last fall.

In all, 82% have used it since the start of the pandemic, the poll found. Most consultations were done via video (69%). Thirty-eight percent of respondents said they had used phone calls only.

"The quick pivot to providing telehealth services at the start of the pandemic was vital to providing continued access to care, and this poll shows the important potential role for telehealth going forward," said APA President Dr. Vivian Pender.

"Telepsychiatry especially helps those facing barriers such as lack of transportation, the inability to take time off work for appointments, or family responsibilities," she added in an APA news release.

The poll found that confidence in telehealth is growing.

Respondents were slightly more likely this year than last to say telehealth can provide the same quality care as in-person services (45% versus 40%), and that they would use telehealth for mental health services (59% versus 49%).

Similar percentages (between 58% and 61% each) of Black respondents, Hispanic respondents and white respondents said they would use telehealth for mental health care.

The survey also found that 57% of respondents would consider using a support line or online chat when struggling with personal difficulty and mental anxiety, and 7% said they had already done so. Only 21% would not consider it.

The online poll has a margin of error of plus or minus 3.1 percentage points.

The U.S. Department of Health and Human Services has more on telehealth.