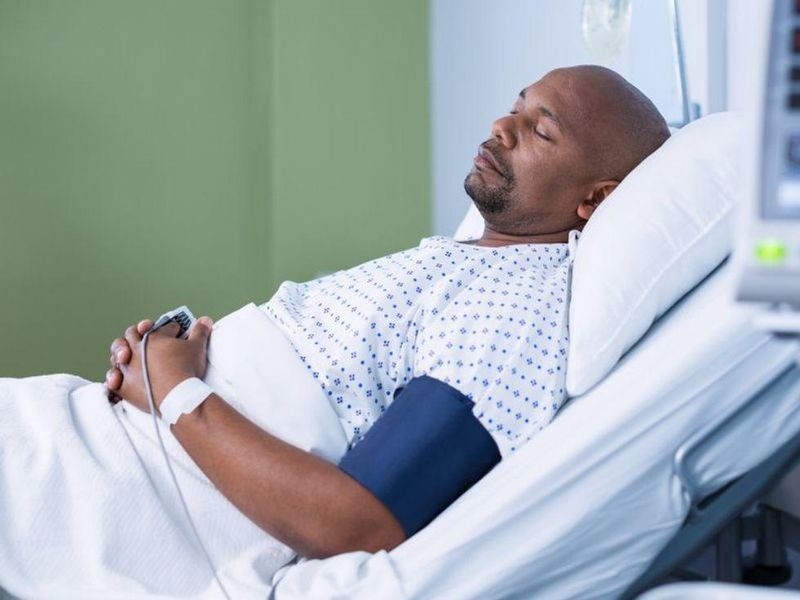 Black Americans admitted for inpatient hospital care are far more likely than white patients to experience safety-related health complications -- even when both are treated in the same facility, a new report warns.

And having good insurance didn't appear to bridge racial differences in patient safety, investigators found: Even when Black patients had coverage similar to their white peers, they still faced a greater risk for in-hospital complications.

"Unfortunately, this is what health disparities look like in real life," said Delmonte Jefferson, executive director of The Center for Black Health & Equity, an advocacy group headquartered in Durham, N.C.

"Even in environments where everything should be equal, we see unequal treatment and unequal health outcomes for Black people," said Jefferson, who wasn't involved in the new research. "We've got to get serious about addressing systemic racism and bias in all areas of medical care."

The new study was based on an analysis of discharge records collected by a U.S. federal agency for nearly 2,350 hospitals in 26 states during 2017.

The focus was on the kinds of complications "that simply should never occur in hospitals," from bedsores to broken bones, said report author Anuj Gangopadhyaya, a senior research associate with the Urban Institute's Health Policy Center in Washington, D.C.

In other words, he noted, these are safety concerns that "are largely unrelated to patient health prior to a hospital visit."

The study, funded by the Robert Wood Johnson Foundation, is outlined in the Urban Institute's July report, which assessed safety records by 11 quality-of-care measures.

Four of those focused on "general patient safety" as reflected in the risk for developing bedsores; catheter-related blood infections; in-hospital falls resulting in a broken hip, and/or traumatic damage in the area surrounding the lungs ("iatrogenic pneumothorax").

The remaining seven measures focused on illnesses or injuries that developed during or soon after surgery.

Based on these benchmarks, Gangopadhyaya identified several "clinically large and statistically significant" racial safety gaps that he said are suggestive of a systemwide problem.

For example, sepsis infections after an operation were 27% higher among Black adult patients than white adults being treated in the same hospital. Sepsis is a life-threatening immune response to an infection.

In the same vein, rates of post-surgery respiratory failure were 18% higher among Black patients, while their blood clot rate was estimated to be 30% higher than that of white patients.

Greater vulnerability among Black patients persisted across all hospitals where they represented more than a quarter of patients.

The findings follow an Urban Institute report issued this spring, which found that the racial safety gap can often be linked to Black patients receiving care at lower quality hospitals. In that sense, the new report is more of an apples-to-apples comparison, given its focus on safety within the same facility.

"[Still], our findings do not rule out the possibility that differences in patient safety may also be driven by differences in the quality of institutions that Black and white patients are admitted to," Gangopadhyaya said.

He noted that the combined evidence from both reports indicates that compared to white adults, Black adults "truly face a double penalty in patient safety," no matter where they receive care.

None of this comes as a surprise to Dr. Michael Lenoir, past president of the National Medical Association, which represents Black physicians and patients. He's the founder and current chairman of the African American Wellness Project, a nonprofit devoted to eliminating health disparities among Black people.

"This is something we've lived with for many, many years," he said. "That we are treated differently by the health care system."

Lenoir said there are two basic issues -- health disparity and health care disparity. The latter is what happens when you enter the hospital that affects your health.

"And what happens is that African Americans do worse, by every single hospital condition," Lenoir said. "They have worse outcomes, because they don't get the same level of treatment."

He said unconscious bias and race-based myths are contributors -- for instance that Black people don't need the same level of pain medication.

"It's the big elephant in the room," Lenoir said.

As to what Black patients can do to protect themselves, Lenoir said the best defense is preparation.

"You need to anticipate these barriers," he said. "Make sure you have your own primary doctor in place. Make sure if you don't understand what's being said or done in the hospital that you have someone with you to explain it. Make sure you have an advocate on your side to help you navigate what's coming. The solution is not going to come from the top down. Be prepared."

There's more information on health and race at the U.S. Centers for Disease Control and Prevention.