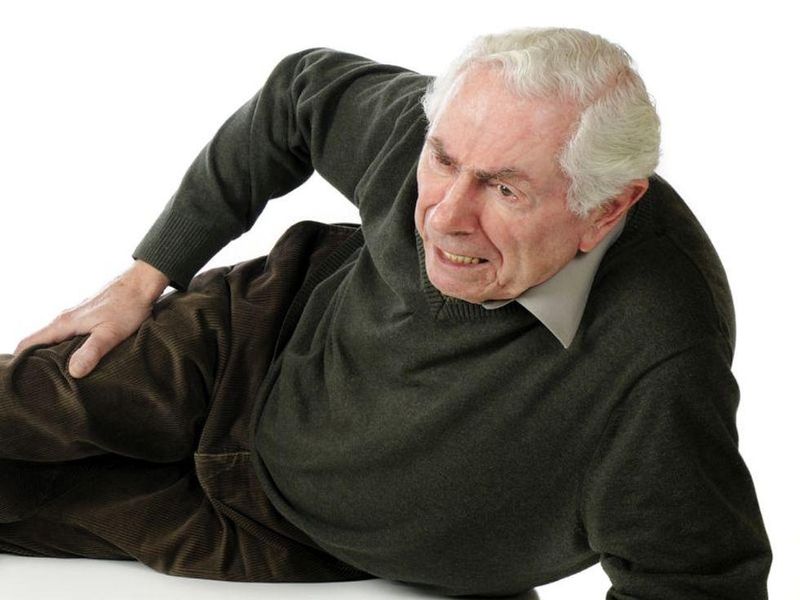 Another Pandemic Harm: Seniors May Have Higher Risk of Falling

Older Americans already face a higher risk of falls, but the decline in physical activity during the pandemic may have made matters worse, a new survey suggests.

More than a third of the 2,074 U.S. adults aged 50 to 80 who took part in the online survey in January reported a decline in physical activity in the first 10 months of the pandemic, and 27% said their physical conditioning -- flexibility, muscle strength and endurance -- had worsened. One-quarter said they'd had declines in their ability to get around, including with a cane, walker or vehicle.

Overall, 36% of the older adults reported an increased fear of falling, but rates were higher among those older than 65 (46%) and women (44%), according to the National Poll on Healthy Aging from the University of Michigan.

"Many older adults fall each year, and the pandemic was no exception. Many falls result in at least a minor injury in this age group, and a third require medical attention," said Geoffrey Hoffman, an assistant professor in the university's School of Nursing and a falls researcher who worked with the poll team.

"Physical conditioning can make a major difference for maintaining independence, including avoiding a fall, but also how well someone reacts to and recovers from one," Hoffman said in a university news release. "Focusing on prevention now, including physical health and activity but also home safety and social factors that can increase risk, is crucial."

Among those who said they fear falling, 23% said that fear had increased during the pandemic, but rates were much higher among those who reported less physical activity (32%), worsened physical conditioning (42%), or decreased mobility (45%).

A quarter of respondents said they had a fall between the start of the pandemic in March 2020 and when the poll was conducted, and 40% of those older adults had more than one fall.

The survey also showed that specific groups of older people -- women, Black adults, those struggling with loneliness and those older than 65 -- may need additional help to improve physical conditioning and reduce fall risk, according to the researchers.

They said that assistance could be provided by health and fitness providers, as well as family and friends.

Falls lead to the deaths of more than 32,000 older Americans each year.

The poll also found that 28% of the older adults injured by a fall during the pandemic either delayed or did not receive medical care they felt they needed. Of those, 40% said the pandemic was directly related to this lack of care.

People who have lingering effects from a fall experienced during the pandemic -- joint pain or reduced mobility and strength, for instance -- should seek rehabilitation and other care to avoid or reduce the risk of any further issues, the researchers recommended.

The U.S. National Institute on Aging has more about falls and fall prevention.