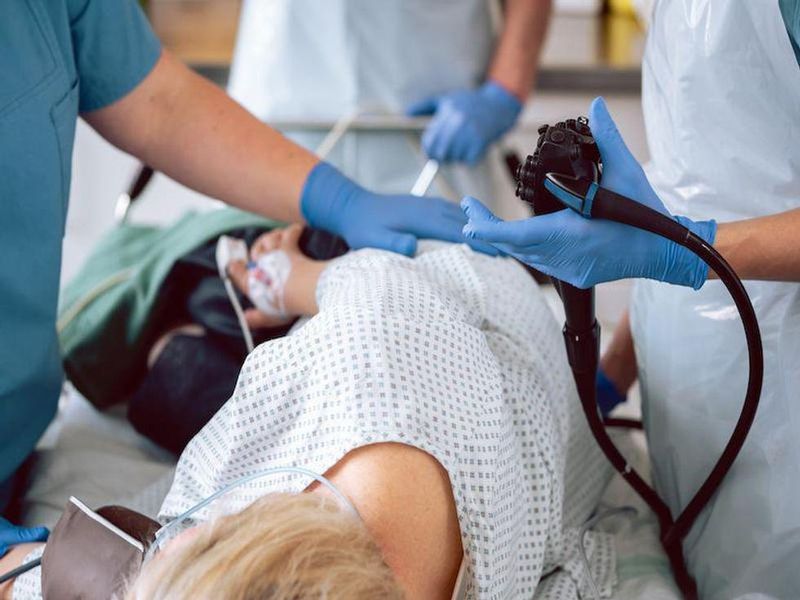 Colon cancer numbers dropped dramatically during the COVID-19 pandemic, but that doesn't mean fewer people have the disease.

In Spain, researchers discovered a more than 40% decline in colon cancer diagnoses, leading experts to worry about the ramifications.

"These are very worrying findings indeed -- cases of colorectal cancer undoubtedly went undiagnosed during the pandemic. Not only were there fewer diagnoses, but those diagnosed tended to be at a later stage and suffering from more serious symptoms," said lead author Dr. María José Domper Arnal. She's from the Service of Digestive Diseases, University Clinic Hospital and the Aragón Health Research Institute in Zaragoza.

"Although these figures are across a population of 1.3 million in Spain, it's highly likely that the same drop in diagnoses would have happened elsewhere across the globe where screening was stopped and surgeries postponed, especially in countries that were heavily impacted by COVID-19," Arnal added.

The researchers compared data from the first year of the COVID-19 pandemic (March 15, 2020 to Feb. 28, 2021) with data from the previous year. They found that nearly two-thirds of the 1,385 cases of colon cancer diagnosed in those two years in multiple hospitals in Spain happened in the pre-pandemic year.

In addition, there were 27% fewer colonoscopies performed during the pandemic than in the previous year.

Those who were diagnosed in the pandemic year were older than in the pre-pandemic year, had more frequent symptoms, greater complications and were seen at a more advanced disease stage.

These symptoms can include bowel perforation, abscesses, bowel obstruction and bleeding requiring hospital admission. These issues accounted for nearly 15% of cases during the pandemic, compared to less than 11% pre-pandemic. Stage 4 cancers were about 20% during the pandemic and about 16% before the pandemic.

It's expected there will be nearly 150,000 cases of colon or rectal cancer in the United States this year, and nearly 53,000 deaths from the disease, according to the American Cancer Society.

The study points to suspension of screening programs and postponements of non-urgent colonoscopies as reasons for the drop. During the pandemic, fewer cancers were found during routine screenings and more were diagnosed through symptoms, according to the findings.

The research was presented Sunday at the United European Gastroenterology's annual meeting, UEG Week Virtual 2021. Findings presented at meetings should be considered preliminary until published in a peer-reviewed journal.

"Colorectal cancer is often curable if it's caught at an early stage. Our concern is that we're losing the opportunity to diagnose patients at this early stage, and this will have a knock-on effect on patient outcomes and survival," Arnal said in a meeting news release. "We are likely to see this fallout for years to come."