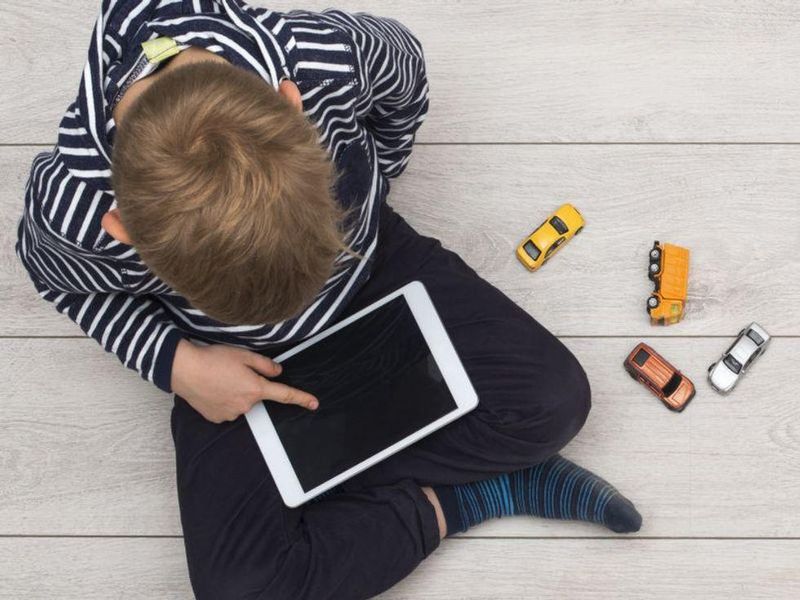 As Kids Turned to Screens During Pandemic, Their Mental Health Suffered

Even in normal times, getting regular exercise and spending less time on screens can be good for kids. So it should come as no surprise that researchers discovered that kids who exercised more and used technology less during the pandemic had better mental health outcomes.

"Both as a pediatrician and as a mother, it was obvious that the circumstances of the pandemic -- school closures, restrictions on regular activities that get kids active and outdoors and moving -- had made it very challenging for children to engage in the physical activity they needed," said study lead author Dr. Pooja Tandon, a researcher at Seattle Children's Hospital.

"And then also because of remote schooling, which was happening in most parts of the country last year, they were on screens so much more, certainly for school, but also for recreation," she said.

"I think what my team and I were interested in is trying to characterize what was going on with physical activity and screen time during the pandemic and with all the pandemic restrictions in place and, importantly, to try to connect those health behaviors to mental health-related outcomes," Tandon added.

The reasons could be many, Tandon said.

With physical activity, some of its benefits are physiological. But for kids, exercise also often includes a social aspect -- they're playing with others, whether it's at recess, on the playground or in organized sports.

"There's sort of these layers of benefit. There's actually them moving their bodies and what that does for their well-being, and then the social benefits of doing it with others whether there are other children or even other family members and adults," Tandon explained.

The impact of screen time could be found in what it replaces. If kids and teens are spending excessive amounts of time in front of a screen, they may not be engaging in other healthy activities, including exercising, sleeping or spending time with others, all of which promote mental health.

"There's that opportunity cost of not doing things that could promote your health," Tandon said. "And then there's the actual content of what's in the media, whether it's violent media content, other inappropriate content for age, and then we're learning more and more about the detrimental psychological effects of social media in terms of things like body image and cyberbullying."

For middle school students and high schoolers, only 13.5% were engaging in 60 minutes of physical activity daily at the time of the survey, compared to about 25% in other studies conducted before the pandemic began.

"I think the other striking thing was that even the ones that said 'I only do one day a week of 60 minutes of physical activity' compared to those that did zero days, they were associated with better mental health scores on the strengths and difficulties questionnaire," Tandon said.

Resolving this is not a burden that parents and families should be expected to take on all by themselves, she said. Schools can help by not pushing only for academics to get back on track during and after the pandemic.

"I would urge them to make sure that the opportunities for physical activity are not left behind in that conversation, that recess and PE and afterschool opportunities for physical activity and outdoor time and sports are going to be really critical and arguably more critical in that kind of reentry to whatever this next phase of the pandemic brings us," Tandon said.

The findings were published Oct. 1 in JAMA Network Open.

Dave Anderson, a clinical psychologist at the Child Mind Institute in New York City, noted that higher amounts of screen time among younger children might mean they're not engaging in other key developmental tasks. When children encounter difficult peer situations, he said, they just don't have as much practice in confronting real-world stressors.

Exercise is a basic wellness practice, like sleep, eating regularly and hydrating, added Anderson, who wasn't part of the study.

"Those four things, they're not a treatment for any single mental health disorder, but they help everyone's mental health," he said.

The American Psychological Association has more on exercise and mental health.