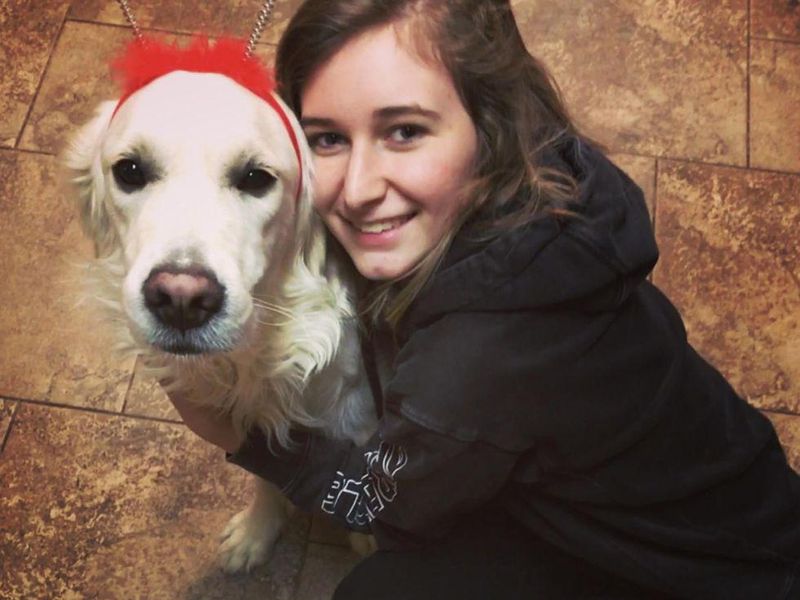 Claire Wiedmaier experiences epileptic seizures so bad that she's broken teeth while in their grip.

"I have some fake teeth. I broke my two bottom front teeth," said Wiedmaier, 23, of Ankeny, Iowa, who these days can expect to have at least four seizures a month.

Knowing when to expect a seizure would be a big help to her.

"It would be nice to know, because then I could get somewhere safe," Wiedmaier said. "I could get out of public or get on the bed, get out of the shower. Having a seizure in the shower is not very good."

Investigators now think they're on the path to accurately predicting epileptic seizures by using a wristband device that tracks different body signals.

The researchers identified patterns among patients that could allow about a half-hour of warning before a seizure occurs, according to findings published online recently in the journal Scientific Reports.

"On average, we were predicting about two-thirds of patients' seizures accurately," said senior researcher Benjamin Brinkmann, an epilepsy scientist with the Mayo Clinic in Rochester, Minn.

Previous studies of epilepsy have determined that seizure forecasting is possible, based on data gained from brain implants placed in people's heads to help control seizures, said Jacqueline French, chief medical officer of the Epilepsy Foundation in Bowie, Md.

"Some very smart researchers started to look at the patterns of epileptic activity in people's brains and say, you know, this is not random. This is not a random pattern," said French, a professor of neurology with NYU Langone School of Medicine in New York City. "It seems like people would have a tendency to have a rise of epileptic activity which would happen at regular intervals."

However, until now there's been no non-invasive way to gather the sort of data that might allow such a prediction to occur.

About one-third of people with epilepsy have seizures that can't be controlled, French said.

"We want to do something for them, too. We don't want to forget about them," she said.

Wiedmaier was one of six people with drug-resistant epilepsy who wore the wristband gadget, which is a medical-grade device already on the market to help track different physical data from patients.

Participants were asked to wear the device for six months to a year, and upload data every day to cloud storage.

Brinkmann said the wristband collected much of the same data as would a lie detector -- blood flow, skin response, heart rate, temperature, movement.

"We used that along with their seizure record to train a machine learning model, an [artificial intelligence] algorithm," Brinkmann said.

The algorithm took a look at each individual patient and tried to figure out the specific "tells" that would predict when he or she would be at highest risk for a seizure.

It was different for each patient, Brinkmann said. For some, their heart rate would signal an oncoming rise in epileptic activity; in others, their skin response.

The researchers then continued to track the patients to see if their algorithm would make accurate predictions. All six patients had deep brain stimulation implants to treat their epilepsy, and the investigators used those devices to confirm seizures.

"They did let me know when I had a seizure, if the watch was kind of right. They would let me know if that happened," Wiedmaier said. "They said my case was the most accurate out of everyone they had try it."

French cautioned that while such devices may one day be able to predict seizures, it's more akin to storm forecasting than a tornado alert.

"You know there is a storm and during that storm there is a very high likelihood that lightning will strike, but to try and predict the exact moment when it will strike is much, much harder than predicting the storm," French explained.

But just knowing that the epileptic "storm" is coming could be a huge benefit to patients with poorly controlled epilepsy, she added.

Rescue medications can ward off seizures, and people can take other steps to improve their chances of avoiding one -- such as getting good sleep and making sure they're taking their long-term epilepsy drugs as prescribed, French said.

People also would benefit from knowing that there's no seizure risk in their near future, she added.

"We may get so good at that that we can tell people, 'Look, you have a day today that you will not have a seizure.' Then they can do all the things they normally wouldn't do because they absolutely cannot tell when the next seizure will occur," French said. "It will give people more control."

While the technology already is available, Brinkmann said an algorithm that will reliably predict epileptic seizures is still years away.

"It'll be a fair bit of time. We have to confirm this is accurate and reliable," he said. "This is a promising early result. We hope to push this forward to something that's useful for patients. We're not there yet."

Wiedmaier said she'll be first in line if it does become available.

"I definitely think that would be awesome, and I definitely would purchase one. It would be good for a lot of people with epilepsy," she said.

The Epilepsy Foundation has more about epilepsy.