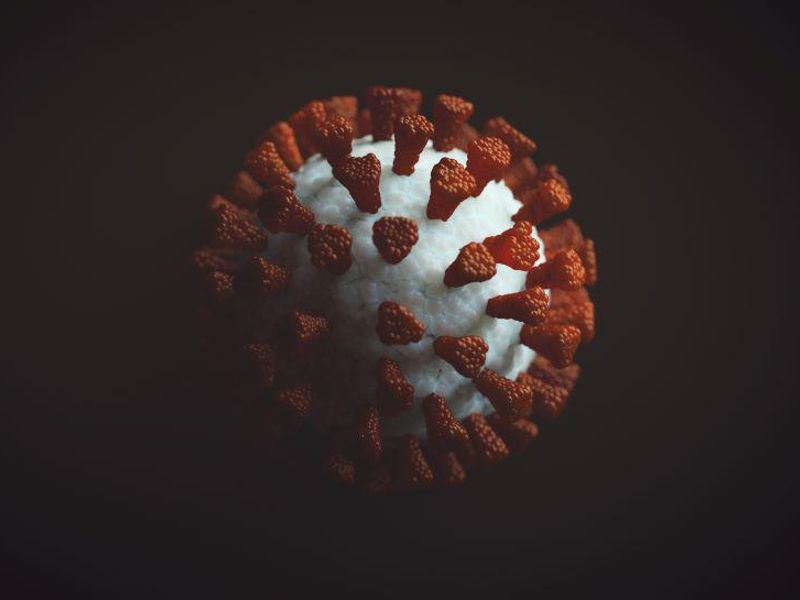 How the COVID Virus Sneaks Past Immune Defenses

Just how SARS-CoV-2 eludes the human immune system has mystified scientists for close to two years, but now they've uncovered an important clue.

Turns out the virus that causes COVID-19 has some stealth moves that allow it to spread from cell to cell, hiding from the immune system, new research reveals.

And, he added, this cell-to-cell transmission is not sensitive to antibodies from prior COVID infection or vaccination.

The new study compares SARS-CoV-2 to an earlier coronavirus (SARS-CoV) that caused the 2003 SARS outbreak, and it sheds light on how viruses spread and resist a person's immunity.

It also helps explain why the first outbreak led to much higher death rates and lasted only eight months, while the current pandemic has persisted for two years with many cases being symptom-free -- and no end in sight.

Cell culture experiments showed that SARS-CoV-2 limits release of particles that can be inactivated by a person's antibodies. Like a stealth warrior, it stays tucked within cell walls and spreads from one cell to another.

“SARS-CoV-2 can spread efficiently from cell to cell because there are essentially no blockers from the host immunity," Liu explained.

That familiar spike protein on the virus' surface enables the cell-to-cell spread. Neutralizing antibodies are less effective against the virus when it spreads through cells.

In comparing the two viruses, research found that the 2003 virus is more efficient at cell-free transmission. This is when freely floating viral particles infect target cells by binding to a receptor on their surface. That virus remained vulnerable to antibodies produced by previous infection and vaccines.

But the cell-to-cell transmission of the COVID-19 virus makes it harder to neutralize with antibodies.

For the study, researchers used non-infectious pseudoviruses, with both kinds of coronavirus spike proteins on their surface.

“The spike protein is necessary and sufficient for both SARS-CoV-2 and SARS-CoV cell-to-cell transmission because the only difference in these pseudoviruses were the spike proteins,” said Liu, also a director of the Viruses and Emerging Pathogens Program in OSU's Infectious Diseases Institute.

The team also investigated the role of a protein on cell surfaces known as the ACE2 receptor, the gateway for entry of the COVID virus.

They were surprised to find that the virus can penetrate cells with low levels of ACE2 or none on their surfaces. The result: Robust transmission from cell to cell.

“Cell-to-cell transmission’s resistance to antibody neutralization is probably something we should watch for as SARS-CoV-2 variants continue to emerge, including the most recent, Omicron," Liu said. "In this sense, developing effective antiviral drugs targeting other steps of viral infection is critical.”

Many unknowns remain, including the exact mechanism the virus uses to spread from cell to cell, how that may influence individuals’ responses to infection, and whether efficient cell-to-cell transmission contributes to the emergence and spread of new variants.

The research was recently published in the Proceedings of the National Academy of Sciences.

The U.S. Centers for Disease Control has information on COVID-19 testing.