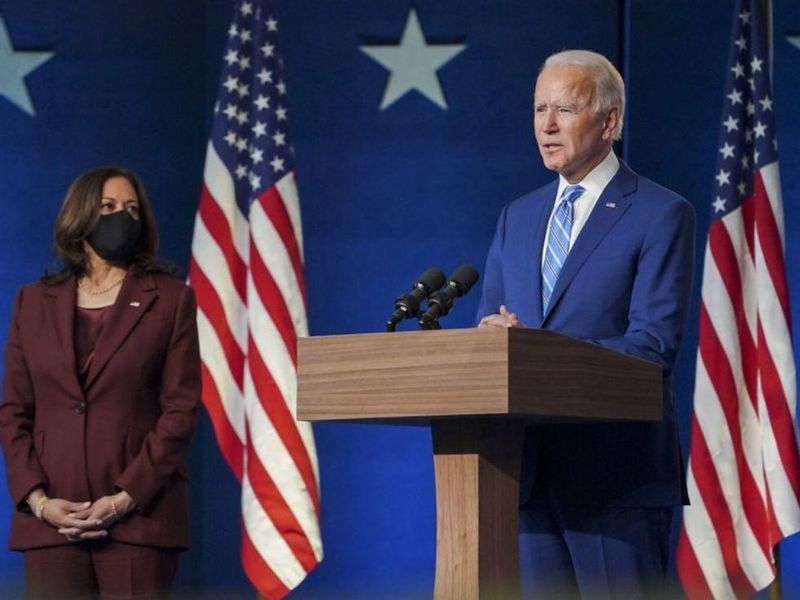 Be concerned about the rapidly spreading Omicron variant, President Joe Biden urged Americans on Tuesday, but don’t be alarmed.

Biden delivered that message to reporters prior to a meeting with his COVID-19 response team, saying he was trying to convey both his administration’s urgency in responding to COVID and the fact that the country now has more tools to fight the virus, the Associated Press reported.

“You can still get COVID, but it’s highly unlikely, very unlikely, that you’ll become seriously ill,” Biden said of vaccinated people, emphasizing that vaccines, booster shots and new treatments have made the pandemic far less dangerous for vaccinated Americans.

But he also had stern words for those who have chosen not to be immunized.

The unvaccinated might want to worry: The U.S. Centers for Disease Control and Prevention now estimates that Omicron makes up 95% of COVID cases in this country.

In his remarks on Tuesday, Biden also announced that his administration is doubling its order of Pfizer’s new antiviral pill, which was recently authorized by the U.S. Food and Drug Administration. The first 10 million of 20 million doses will be delivered between January and June. Added to that will be 4 million monoclonal antibody and convalescent plasma treatments, available to Americans by the end of this month, the AP reported.

“They’re a game changer and have the potential to dramatically alter the impact of COVID-19, the impact it’s had on this country and our people,” Biden said of the antiviral pills.

He said he understands that the testing issues are frustrating. Over the holidays, people waited in long lines to get tests. The testing spike was spurred by Omicron, people wanting to travel this holiday season, and those wanting to return to school.

“Turns out, Omicron is driving a spike in demand for testing...everywhere,” tweeted Ben Wakana, deputy director of strategic communications & engagement for the White House’s COVID-19 response team, highlighting similar shortages in the U.K., Canada and Australia.

In December, Biden announced that his administration will soon make 500 million rapid antigen tests available free to Americans who want them, but it will take weeks or months before they’re available. Private insurers will be required to cover the cost of at-home tests starting later this month.

Two Republican senators, Sen. Richard Burr of North Carolina and Sen. Roy Blunt of Missouri, who serve on the Senate Health, Education, Labor and Pensions Committee and the Appropriations Subcommittee on Labor, Health and Human Services, wrote a letter Monday to the Department of Health and Human Services seeking answers about how the administration was working to address nationwide testing shortages.

“With over $82.6 billion specifically appropriated for testing, and flexibility within the department to allocate additional funds from COVID-19 supplemental bills or annual appropriations if necessary, it is unclear to us why we are facing such dire circumstances now,” they wrote. “It does not appear to be because of lack of funding, but a more fundamental lack of strategy and a failure to anticipate future testing needs by the administration.”

Despite news of many U.S. hospitals reaching capacity and workforces being gutted by rising COVID cases among employees, Biden reiterated his support for keeping kids in classrooms as the new year begins.

“I believe schools should remain open,” he said, adding that his administration has the funding needed for testing and other mitigation measures to stay open during an Omicron surge, the AP reported.

The U.S. Centers for Disease Control and Prevention has more on COVID-19