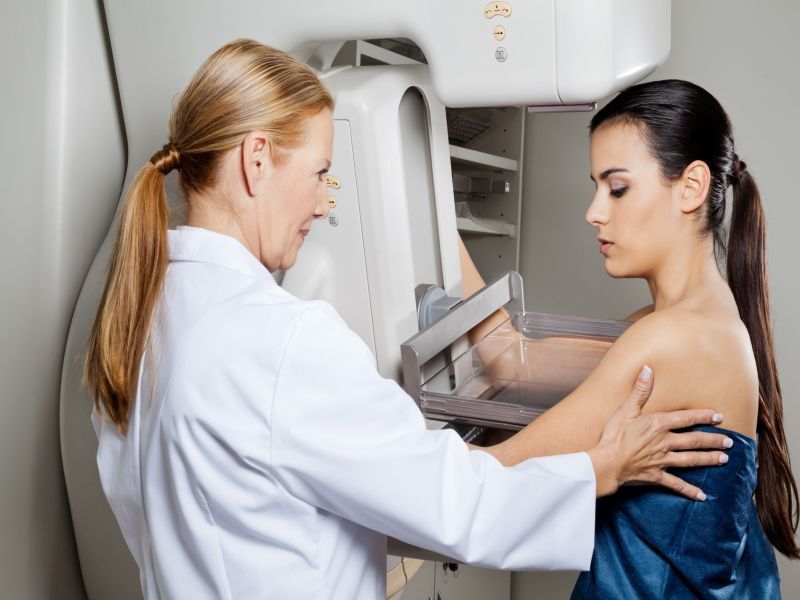 Fully half of all women who have annual mammograms to screen for breast cancer will receive a false-positive test result over a decade of screening, according to a new study.

"Women undergoing screening mammography should be aware that being recalled for additional imaging is common and try not to worry," said study author Diana Miglioretti, a professor and division chief of biostatistics at the University of California, Davis. "Most of the time, the additional imaging shows that everything is normal."

For the study, Miglioretti and her colleagues analyzed data from close to 3 million screening mammograms for more than 903,000 women between 40 and 79 years of age. The participants underwent breast cancer screening between 2005 and 2018 at 126 radiology centers.

The study found the risk of false-positive results is lower in women who are screened every other year.

Of women who received a false-positive result after an annual 3D mammogram, 17% needed additional imaging, and 11% needed a biopsy to rule out cancer. These numbers were just slightly higher among women screened with digital 2D mammograms.

Older women and women who don't have dense breasts were less likely to get a false-positive result, the study showed.

There's been an ongoing debate within the medical community about how often women should undergo breast cancer screening.

The U.S. Preventive Services Task Force recommends women who are at average risk for breast cancer get their first mammogram at age 50, and then every two years until age 74.

Meanwhile, the American Cancer Society says 40- to 44-year-old women should consider annual mammograms. They are recommended for women between 45 and 54 years of age.

"Screening every two years has been found to be effective for most women in terms of detecting cancer early while reducing the harms of screening such as false positives," Miglioretti said.

"Some women at higher risk of advanced cancer despite screening might choose to screen annually, for example, postmenopausal women who are obese or taking hormone replacement therapy," Miglioretti said. "If women are unsure, they should talk with their clinicians about the tradeoffs of annual versus biennial screening."

The study was published March 25 in JAMA Network Open.

Being called back after a screening mammogram or ultrasound for additional images or a biopsy should be considered routine, said Dr. Laurie Margolies, chief of breast imaging at Mount Sinai Health System in New York City. She was not part of the study, but reviewed the findings.

"It is not a cause of alarm as most of the time we can clear people with additional images," Margolies said.

Getting a mammogram every two years instead of yearly is a "major mistake," she warned. The new study doesn't look at cancers found by yearly screens compared with screens done every two years.

"People who skip a mammogram often have larger cancers and are really sorry that they didn't come the previous year when the cancer would have been smaller and easier to treat," Margolies said.

Mammograms aren't perfect, but they are getting better, said Dr. Marisa Weiss, founder and chief medical officer of Breastcancer.org and Breasthealth.org in Ardmore, Pa.

"We still need better methods of early detection that both reduce the risk of a false positive [false alarm] and lower the risk of a false negative [missing a cancer] for all women, especially young women who are more likely to have dense breasts, an inherited high-risk predisposition, and more at stake: young children, growing careers, more years of life at risk," said Weiss, who has no ties to the research.