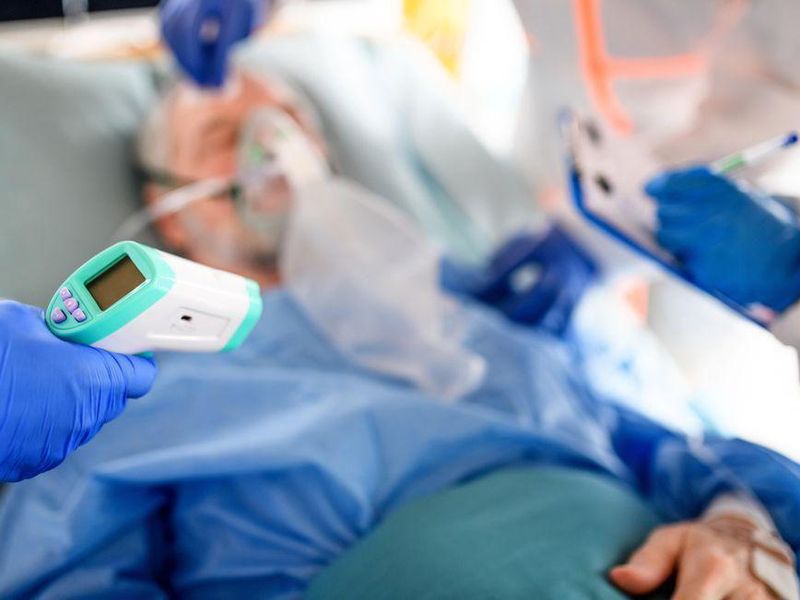 As Pandemic Evolved, U.S. Hospitals Learned Quickly How to Care for Patients

While hospitals and clinics are known for being slow to turn new evidence into actual practice, they picked up the pace during the pandemic.

A research team led by scientists from Thomas Jefferson University in Philadelphia and the University of California, San Francisco, collected data from more than 50 academic medical centers across the United States, finding that hospitals overcame barriers and quickly adapted patient care. This may have happened because of rapid information-sharing among hospitals and the constant release of multidisciplinary COVID-19 treatment guidelines.

"The translation of evidence to practice in medicine is notoriously slow," said study co-lead author Dr. Alan Kubey, a specialist in hospital medicine at Jefferson Health. "For example, despite the clear mortality benefit of giving beta blockers after a heart attack, it took decades from the publication of evidence to the majority of hospitals using it. Given the singular focus on COVID-19, we were interested to see how nimble hospitals were able to shift care based on rapidly changing, and sometimes conflicting, evidence."

Between December 2020 and February 2021, the research team surveyed members of the Hospital Medicine Reengineering Network (HOMERuN), which was created to improve quality of care by refining medical practices.

The investigators found that most hospitals were consistent in their interventions.

About 94% to 100% of hospitals had adopted using dexamethasone for patients who required four liters of supplementary oxygen. It took about six to eight months to adopt this practice, not years.

"We were all learning in real-time and there was a resolve to collaborate," said study co-lead author Dr. Amy Chang Berger, from the University of California, San Francisco (UCSF). "Hospitals were sharing protocols online, huge amounts of data were coming in almost daily in peer-reviewed journals and pre-print servers, and many doctors were also detailing their experiences on social media.”

The majority also disseminated their new guidelines using multiple modes, not just email blasts and websites, but about 73% said they integrated guidelines into order sets, which are a list of directives and appropriate treatments. About 65% of respondents used accompanying note templates that guided providers through their diagnostic plan.

"These order sets and note templates became a one-stop shop of concise information," Kubey said in a Thomas Jefferson University news release. "It helped nudge the practitioner toward evidence-based strategies, like the correct dose of dexamethasone, remdesivir timing, respiratory support, etc., and enabled quick decision making at the bedside."

The researchers also noted that when there were conflicting guidelines, providers tended to treat, rather than not provide the treatment.

"It's a reflection of practitioners' bias to do something rather than nothing, when in fact a treatment could be doing more harm than good," Kubey said. "It's an important lesson in handling uncertainty, encouraging medical teams to be critical in considering the available evidence, and developing guidelines that leave less room for interpretation."

The researchers hope to learn how strategies affected patient outcomes and to encourage dialogue between health care leaders and national governing bodies.

Dr. Andrew Auerbach, also at UCSF, is one of the founding members of HOMERuN. He said, "I hope this study provides insight on how we can expedite the evaluation of evidence and implement best practices. These strategies helped during COVID-19, but they can be applied to diseases like diabetes or hypertension that are major burdens to our health care system. We also need to learn how best to de-implement practices that do not work or, worse yet, harm our patients."

The findings were published online April 4 in JAMA Network Open.