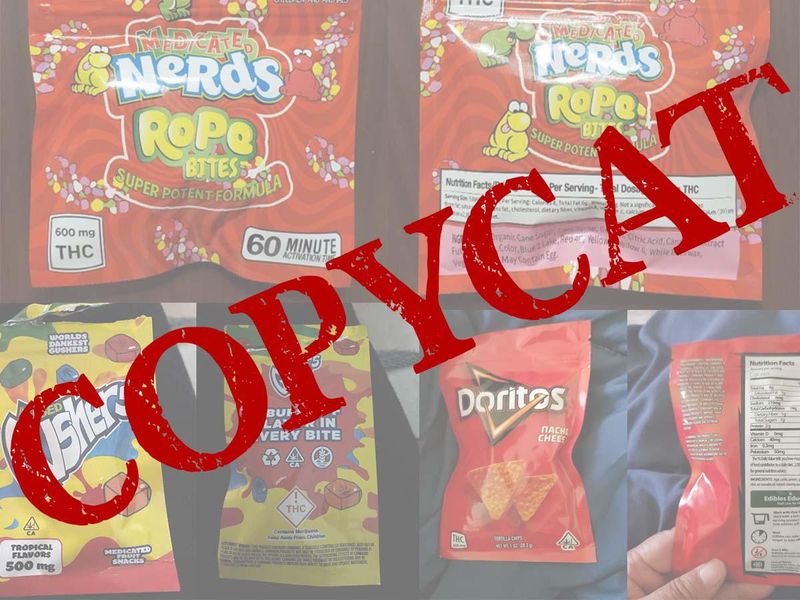 Marijuana edibles that mimic the packaging of popular snack foods pose a risk to children, a new study warns.

Researchers looked at the packaging of more than 200 types of edible marijuana products and found that nearly one in 10 resembled commercial snacks foods, including candies and chips.

"At first glance, most of the packages look almost exactly like familiar snacks. If these copycat cannabis products are not stored safely, there is the potential for accidental ingestion by children or adults," said lead author Danielle Ompad. She is an associate professor of epidemiology in the School of Global Public Health at New York University.

The researchers also noted that these "copycat" marijuana edibles have levels of tetrahydrocannabinol (THC) — the main psychoactive compound in marijuana — that far exceed limits set by states.

Marijuana edibles are popular. In states where cannabis use is legal, 56% of users consume edibles, with younger people more likely to do so, the researchers noted.

For their study, Ompad and her colleagues analyzed the packaging of 267 edible cannabis products. They found that 8% closely resembled 13 different snack products.

Eight of the 13 edibles used the exact brand or product name of the original product on their packaging, and the other five used names that were similar, such as "Stoner Patch Dummies" instead of "Sour Patch Kids." Seven of the edibles' packaging used the same cartoon or brand character as the original product.

Most states that have legalized cannabis limit the amount of THC in edibles to typically 5 mg or 10 mg of THC per dose and 100 mg per package. But information on the packaging of the copycat edibles said they contained an average of 459 mg of THC and a range of 300 to 600 mg per package, according to the study.

"While each package is likely intended to include multiple doses, few packages indicate the serving size or number of servings. Moreover, if we're considering 10 mg a standard dose, these products could contain an alarming 30 to 60 doses per package," Ompad said.

"People who purchase edibles that look like snack foods should store them separately from regular snacks and out of reach of children," she advised.

The study results were published recently in the journal Drug and Alcohol Dependence.

There's more on marijuana edibles and children at the American Academy of Pediatrics.