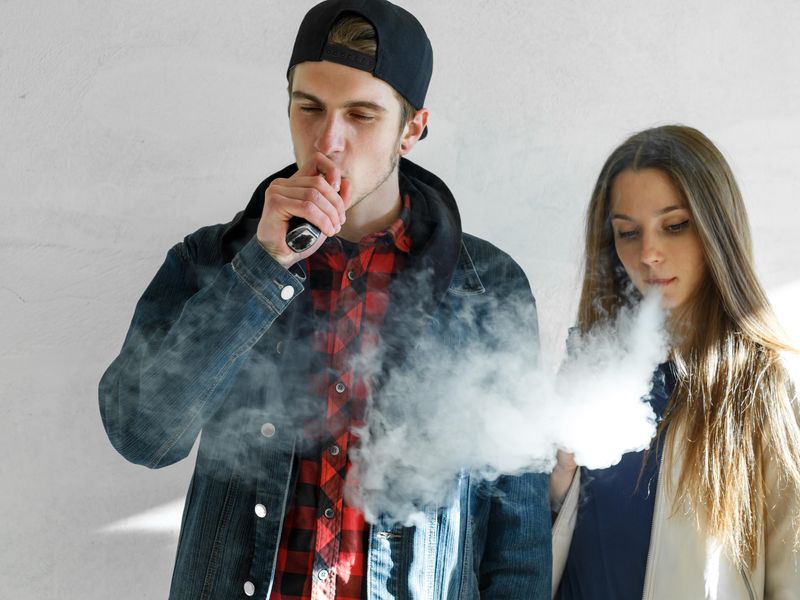 A new law will ensure that vaping companies making electronic cigarettes using synthetic nicotine, in fruit flavors that appeal to teenagers, can be regulated by the U.S. Food and Drug Administration.

When the law took effect Thursday, it closed a loophole that allowed the products to avoid oversight. Now, they must follow the same federal sales restrictions and age requirements as tobacco products, the Associated Press reported.

The new law "allows FDA to protect the public health from the harms of tobacco products, regardless of the source of nicotine," the FDA said in a statement Wednesday.

These vaping companies must register with the FDA and submit their products for review within 30 days, the AP reported.

The change doesn't ban these products outright, but brings them under regulatory oversight.

"The synthetic nicotine products do not necessarily just disappear on their own," Robin Koval, chief executive of the advocacy group Truth Initiative, told the AP. "The FDA will have to decide how they want to enforce the law and hopefully they will."

So far, the FDA has rejected more than one million vaping devices, formulas and flavors; often the rejections are because of the products' appeal to teens.

Nicotine is the chemical that makes smoking, vaping and smokeless tobacco addictive. While it is a natural component of tobacco plants, a chemically derived version has existed for decades. Long-considered expensive to make, manufacturing advances have made it more profitable, the AP reported.

The vaping company Puff Bar began using synthetic nicotine in its products last February, saying those e-cigarettes "do not contain tobacco or anything derived from tobacco."

Until now, the FDA has regulated cigarettes and related products under a 2009 law that only included tobacco products. Congress changed that language last month.

Puff Bar emerged in the marketplace in 2019, selling fruity flavors and becoming the most popular e-cigarette choice of teenagers, according to a federal survey. The company had said in 2020 it would halt sales and pull its disposable vaping devices from places like convenience stores because of FDA pressure, the AP reported.

While the FDA banned fruit-flavored e-cigarette cartridges made by companies such as Juul in 2020, it didn't ban such flavors in disposable e-cigarettes.

Puff Bar did not respond to an AP request for comment.

Anti-tobacco groups expressed concern that the FDA is always a step behind vaping companies whose products teenagers are getting and using.

"The lesson we can all take away from this is that when the FDA's actions are incomplete and happen after the fact -- which has often been the case with e-cigarettes -- you will always be playing whack-a-mole and catch-up," Koval told the AP.