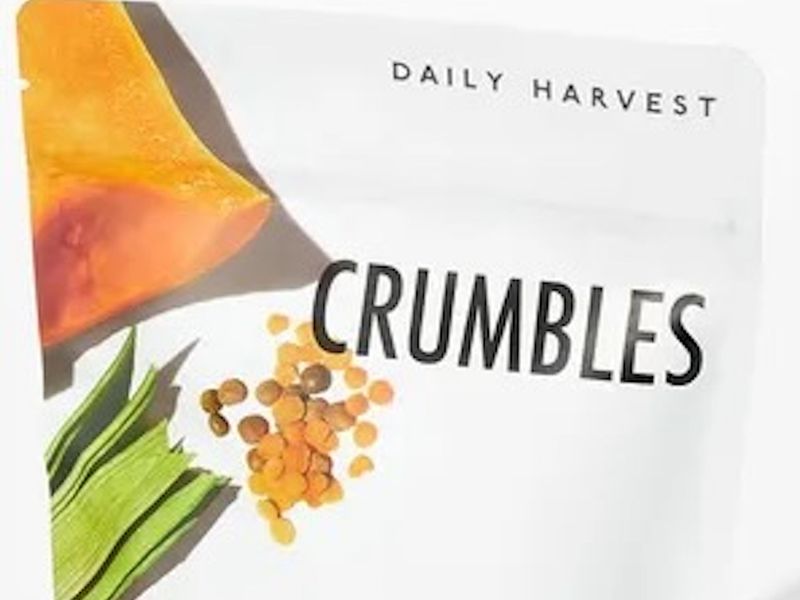 The U.S. Food and Drug Administration says nearly 100 people have now been hospitalized and hundreds have become ill in at least 26 states after consuming a lentil-based product from Daily Harvest.

The fallout is mounting for the food delivery company, which first recalled its French Lentil + Leek Crumbles on June 23.

After an Oklahoma woman sued the company in June, blaming the product for an array of serious health problems, including gastrointestinal illness and liver and gallbladder dysfunction, more lawsuits have been filed against the popular vegan food company, including one involving an infant who was breastfeeding, NBC News reported.

In that case, the baby and her mother became ill and were hospitalized after the mother ate the lentil crumbles at the end of May and beginning of June, according to a lawsuit filed in the Supreme Court of the State of New York, County of New York, NBC News reported. The infant experienced vomiting, diarrhea, screaming and dark urine after her mother consumed the product and breastfed her, the lawsuit said.

After consuming the product again in June, the baby's mother was hospitalized with extreme abdominal pain and gastrointestinal distress from June 8 to 15, the lawsuit claimed.

At the time, the infant also began having symptoms including fever, vomiting and gastrointestinal distress, the suit said, adding the mother continued to breastfeed during her hospitalization on the advice of her doctors, who did not know the cause of her illness.

The company said last week that it is doing comprehensive testing to rule out potential causes, but that "thorough scientific processes require extensive laboratory analysis."

"Testing has ruled out hepatitis A, norovirus, a range of mycotoxins, including aflatoxins, food-borne pathogens including Listeria, E. coli, salmonella, Staphylococcus Aureus (Staph), B. Cereus, and Clostridium Species and major allergens including egg, soy, milk, and gluten. Tests have also confirmed that there are no pesticides," the company statement said.

Meanwhile, the FDA said consumers, retailers and others should not eat, sell or serve the product.

The most recent reported illness was July 9, according to the FDA.

Candice Smith, of Raleigh, N.C., told CNN recently she thought she was having a heart attack after eating the product.

"It was the worst night of my life," she said. Though she had no preexisting health conditions, Smith said she spent four days in the hospital undergoing tests on her enlarged liver and elevated liver enzymes.

Her gallbladder had to be removed, Smith told CNN.

Carol Ready, the Oklahoma woman who has sued Daily Harvest, told the Los Angeles Times she wound up in the emergency room twice after eating the crumbles. She, too, had elevated liver enzymes and her gallbladder was removed.

The FDA is investigating the outbreak in conjunction with the U.S. Centers for Disease Control and Prevention.

It said the company sent about 28,000 units of the product to U.S. consumers between April 28 and June 17. A small number of consumers received samples.

Daily Harvest touts its products as "vegan-friendly" and distributes them through online sales, direct delivery, its Chicago retail store and a pop-up store in Los Angeles.

The company contacted consumers for whom it had contact information and issued a credit, according to the FDA. Those who may still have the product in their freezers should throw it out.

The FDA said anyone who experiences yellowing of the skin and eyes (jaundice), dark urine, itching with no rash, gastrointestinal illness, nausea, fatigue, body aches, severe abdominal pain and/or fever after consuming this product should contact their health care provider.

Providers should report these illnesses to their local health department, the FDA said.

The U.S. Food and Drug Administration asks consumers to report adverse reactions to the manufacturer.