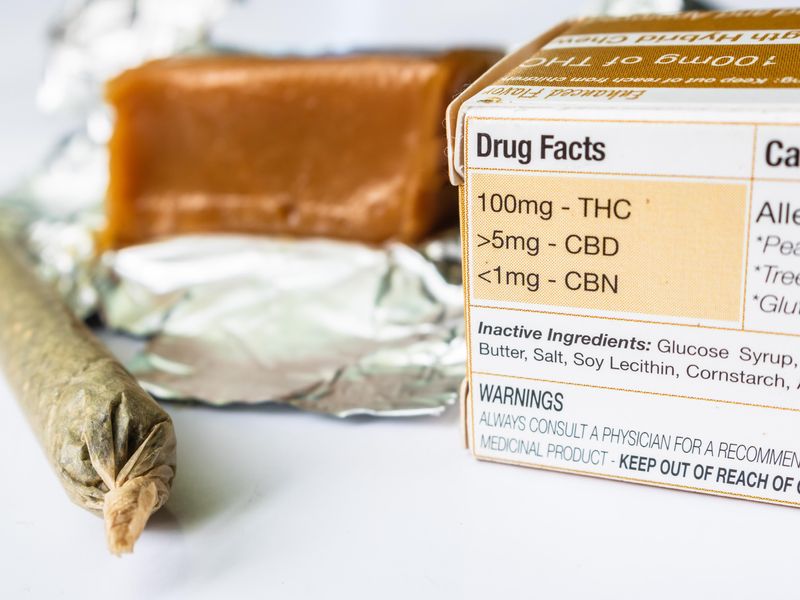 People who use medical marijuana to treat chronic pain may have a slightly heightened risk of heart arrhythmias, a preliminary study suggests.

Researchers found that among 1.6 million people with chronic pain, those prescribed medical marijuana were 64% more likely to suffer a heart rhythm disturbance in the next six months.

The absolute risk was small: about 0.9% of patients on medical marijuana developed an arrhythmia, compared to 0.5% of those not taking the drug.

Plus, experts said, the findings do not prove that medical marijuana, per se, is to blame.

Still, chemicals in marijuana are known to affect the cardiovascular system — including heart rate, blood pressure and the tendency to form blood clots. And the findings add to concerns about the risks of using the drug, medicinally or otherwise, the study authors said.

"Just because something is 'natural' doesn't mean it's safe," said Robert Page, a professor at the University of Colorado Skaggs School of Pharmacy and Pharmaceutical Sciences.

Page, who was not involved in the study, was lead author on an American Heart Association scientific statement on the cardiovascular risks of marijuana. It said that a number of studies have linked marijuana use to increased risks of conditions as serious as heart attack and stroke.

But those types of studies are unable to prove cause and effect: Most look back at the medical records of people who use marijuana and those who do not, and cannot account for all of the other differences between those two groups.

That's true of the current study, too, Page said.

He pointed to a key reason for the lack of strong data on marijuana's health effects: The drug was illegal for many years across the globe, and under federal law, it remains a Schedule 1 controlled substance in the United States, which limits the research that can be done.

Yet attitudes toward marijuana are rapidly shifting. Medical marijuana is now legal in most U.S. states, while 19 states and Washington, D.C., allow adults to use the drug recreationally, according to the National Conference of State Legislatures.

But legalization, Page said, should not be mistaken as proof of effectiveness or safety.

At the very least, he said, people should avoid smoking or vaping marijuana, due to all the other chemicals they would be inhaling. But "edibles" have their issues, too, Page noted. Their effects take longer to set in, and people may "stack" doses — which could expose them to high amounts of THC (the chemical famous for the marijuana "high").

Some widely available cannabis products claim to contain only the non-intoxicating chemical cannabidiol (CBD). But there's no way to know how much CBD (if any) a product contains, Page said.

"The problem is: They're unregulated. So it's buyer beware," he said.

The new findings come from Denmark, where medical marijuana was approved in 2018. Doctors there can prescribe it for chronic pain after all standard treatments, including opioid painkillers, fail to help.

The researchers used a national database with medical records from 1.6 million patients with chronic pain (related to cancer, arthritis, neurological conditions and other causes). Just under 4,600 of them filled at least one prescription for medical cannabis.

In Denmark, there are three approved forms of the drug, all taken orally, said researcher Dr. Nina Nouhravesh of Gentofte University Hospital. They include oral solutions and sprays of CBD; teas containing a mix of THC and CBD; and dronabinol, a synthetic form of THC.

Overall, the study found, pain patients on any form of medical marijuana were more likely to develop a heart arrhythmia in the six months after their first prescription, versus other patients.

Nouhravesh was scheduled to present the findings Monday at a meeting of the European Society of Cardiology, in Barcelona. Studies released at meetings are generally considered preliminary until they are published in a peer-reviewed journal.

One issue, Page said, is that people in chronic pain often have other health problems, and take multiple medications.

That was, indeed, the case in this study. And patients on medical marijuana were much more likely to be taking opioids than other pain patients were: 42%, versus 12%.

Opioid use typically signals severe pain — which itself could contribute to some arrhythmias, Cheung explained.

He also noted that some arrhythmias are more serious than others, and it's unclear whether medical marijuana was tied to any particular forms.

"I think this study highlights what we don't know," Cheung said. And that's important in itself, he noted. Patients and doctors should be aware the drug is associated with safety "signals" that need to be studied further.

"We don't want to disregard that there may be benefits for patients," Cheung said. "But we also want to be vigilant, just as we would with any medication, about the possible risks."

Harvard Medical School has more on marijuana and heart health.