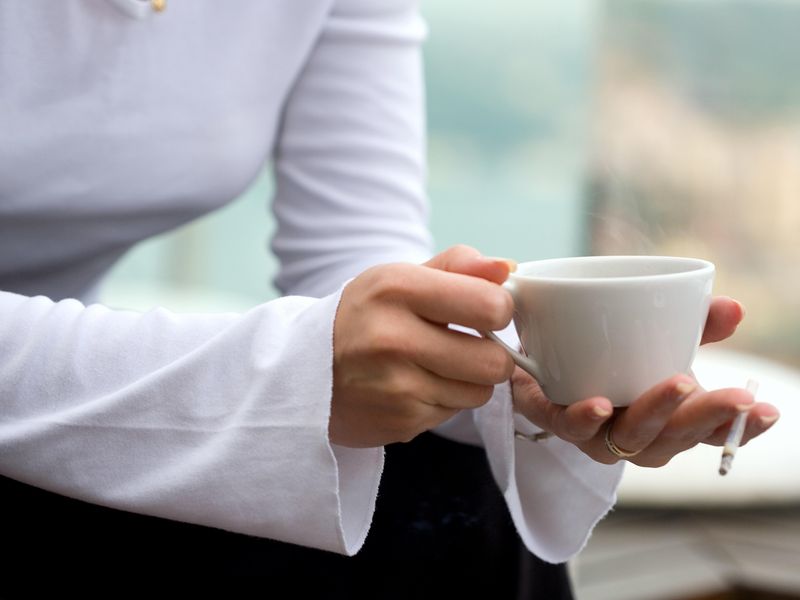 Why Coffee & Cigarette Is a Morning Ritual for Millions

Smokers in the throes of nicotine withdrawal when they wake up in the morning may crave not just a cigarette but a cup of coffee along with it.

Science can explain that.

Researchers have identified two compounds in coffee that directly affect certain nicotine receptors in the brain.

Study author Roger Papke, a pharmacology professor in the University of Florida College of Medicine, said he wondered why the two habits seemed to go hand in hand, similar to the way people enjoy both alcohol and tobacco in the evening.

"Many people look for coffee in the morning because of the caffeine. But was the coffee doing anything else to smokers? We wanted to know if there were other things in coffee that were affecting the brain's nicotine receptors," Papke said in a university news release.

The researchers applied a dark-roasted coffee solution to cells that give off a particular human nicotine receptor. The team concluded that an organic compound in coffee may help restore a receptor dysfunction that triggers nicotine cravings in smokers.

Papke suspects that one compound in brewed coffee, known as n-MP, may help to ease those morning nicotine cravings.

The findings still need to be tested in humans.

Papke called the research an important step in better understanding how coffee and cigarettes affect the brain's nicotine receptors, and a good foundation for studying nicotine withdrawal in animal models.

The findings were published online recently in the journal Neuropharmacology.

The U.S. Centers for Disease Control and Prevention has more on nicotine withdrawal.