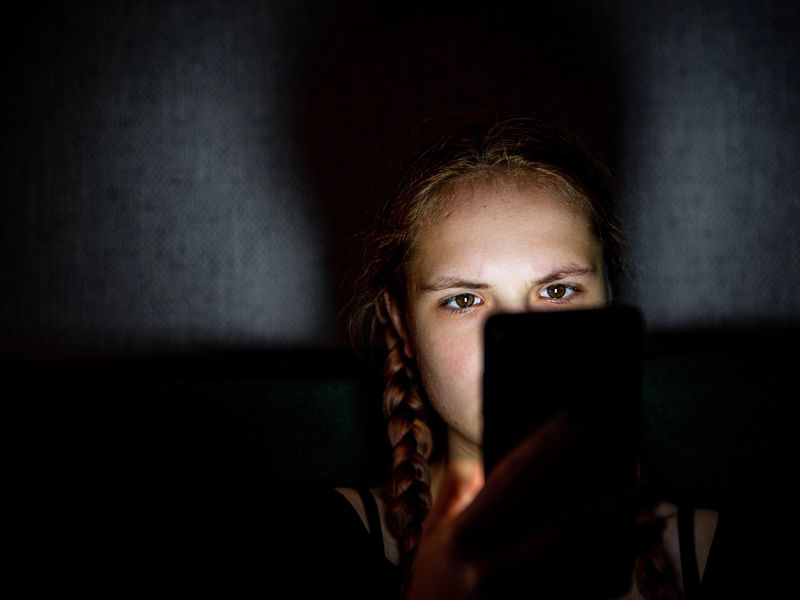 'Digital Self-Harm': When Teens Cyberbully Themselves

Up to 9% of American teens say they've engaged in what's known as "digital self-harm" -- anonymously posting negative comments about themselves on social media.

As is the case with acts of physical self-harm such as cutting, this "virtual" self-harm is associated with a higher risk for thinking about or attempting suicide, according to a startling new study.

"We can't say that one causes the other, but we do know they are connected in some way," said lead author Justin Patchin. He's co-director of the Cyberbullying Research Center at the University of Wisconsin-Eau Claire.

But why would anyone want to virtually trash themselves to begin with?

Patchin said that his own research has identified multiple motivations.

Self-hatred is one, he noted, as is attention-seeking. In other cases, it can be depression, an attempt to be funny, or simply boredom.

Some teens admit that it's just their way to suss out how others might react to examples of bullying, in order to "know if they were talking about me behind my back."

To gain more insight, Patchin's team took a deep dive into survey responses offered up by nearly 5,000 middle and high schoolers in 2019.

The 12- to 17-year-old participants were asked if they had contemplated or attempted suicide in the past year.

The findings, which are similar to other recent studies, held up equally across gender and race, though a much bigger proportion of LGBTQ+ teens said they had considered and/or attempted suicide in the past year (24% and 10%, respectively).

The research team then stacked digital self-harm behavior up against suicide thoughts and attempts.

Similarly, mean self-posting was associated with up to nine times the likelihood of attempting suicide, and digital self-bullying with 15 times the risk.

Robin Kowalski is a psychology professor at Clemson University in South Carolina. She reviewed the findings and suspects what she called "the concept of mattering" is at the heart of it all.

"[That is] the degree to which people feel they are important or significant," Kowalski said. "The extent to which other people make them feel that they matter."

When people feel they don't matter and struggle with low self-esteem, Kowalski said, they may view negative self-posting in online forums as a way to either get advice or validation for their feelings.

That such behavior would be linked to higher suicide risk is "not at all" surprising, she said.

"People who commit suicide feel that the world would be better off without them, [and] that they are a burden to others," Kowalski noted. "Putting negative information about oneself online and potentially receiving validation for that is a way to confirm that one doesn't belong in this world."

So what can be done to help?

"This is difficult, because digital self-harm is difficult to detect," researcher Patchin said.

But parents and friends should help those who are bullied by others, regardless of who the aggressor is, he said.

"If you see someone being mistreated online, reach out and offer help," Patchin suggested. "Report it to the site, app or game. Telling an adult you trust can help to make things better. Don't just stand by and let it happen."

Being kind is a key to making people feel that they matter, according to Kowalski.

"We can make them feel that they have value and are important," she said. "We need to make it clear to people that they belong and that they are not a burden."

Their findings were recently published in the journal Child and Adolescent Mental Health.

Stopbullying.gov has tips for preventing various forms of cyberbullying.