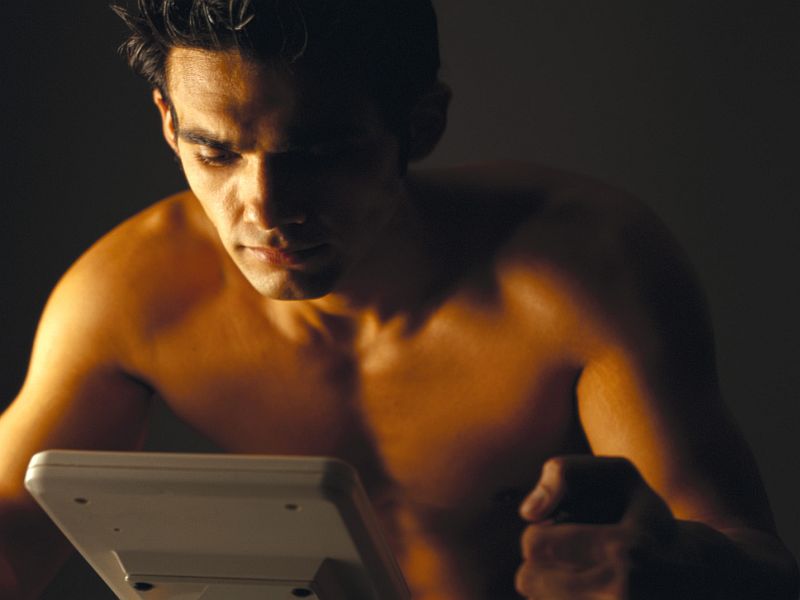 Sometimes, it's just not possible to fit in a workout in the morning or afternoon. But if you hit the gym in the evening, will you be up half the night?

New research says no. The Australian study found that 30 minutes of high-intensity interval training didn't have any negative impact on sleep.

In other good news, the researchers said the exercise session also seemed to quell feelings of hunger.

The study tracked how well 11 middle-aged men slept after completing 30 minutes of high-intensity interval exercise on a bike. The researchers looked at how the men slept after morning (6 a.m. to 7 a.m.), afternoon (2 p.m. to 4 p.m.) and evening (7 p.m. to 9 p.m.) exercise sessions.

The impact of exercise on hunger and appetite hormones was also measured.

Evening exercise also didn't leave people counting sheep before they fell asleep. Larsen said there were only one- or two-minute differences between the groups for how fast they fell asleep.

The researchers reported a reduction in levels of the hunger hormone ghrelin. However, the exercisers didn't notice any changes in their hunger levels. Larsen said they might have needed to exercise more consistently to notice a change.

The study volunteers had sedentary lifestyles before the study began. During the study, they exercised at full intensity for a minute and then rested for four minutes. They repeated this cycle six times, for 30 minutes.

The researchers also found that the study volunteers had more exercise power when they exercised in the afternoon or the evening, compared to morning.

Two U.S. experts not involved with the study agreed about the importance of exercise.

"People may be worried they'll be too amped up if they exercise later, but people who exercise regularly do get better sleep," said Dana Angelo White. She's a clinical assistant professor of athletic training and sports medicine at Quinnipiac University in Hamden, Conn.

"Making the time for exercise is what's really important," she said. "And something is always better than nothing."

White noted that the study was very small -- just 11 people -- and all were men. Also, this study looked at high-intensity exercise and found that sleep was fine afterwards. So if you're planning a stroll after dinner, it's not likely to keep you up later, she said.

Dr. Alice Doe, a sleep specialist from Ascension Borgess Hospital in Kalamazoo, Mich., believes what's most important is that you exercise at a time that works for you so that it can become a habit.

"Getting regular exercise helps you sleep better. It increases the good neurotransmitters that increase sleep drive. You feel better when you exercise," she said.

Doe said the findings might be similar in women, but it's hard to know without a study that includes women.

Sleep experts typically recommend finishing any vigorous activity about three hours before you plan on getting in bed, Doe said. She also said a hot bath or shower around three hours before bedtime can help you drift into a deep, quality sleep.

Findings from the study were published recently in the journal Experimental Physiology.

Read more about the timing of exercise from the American Heart Association.