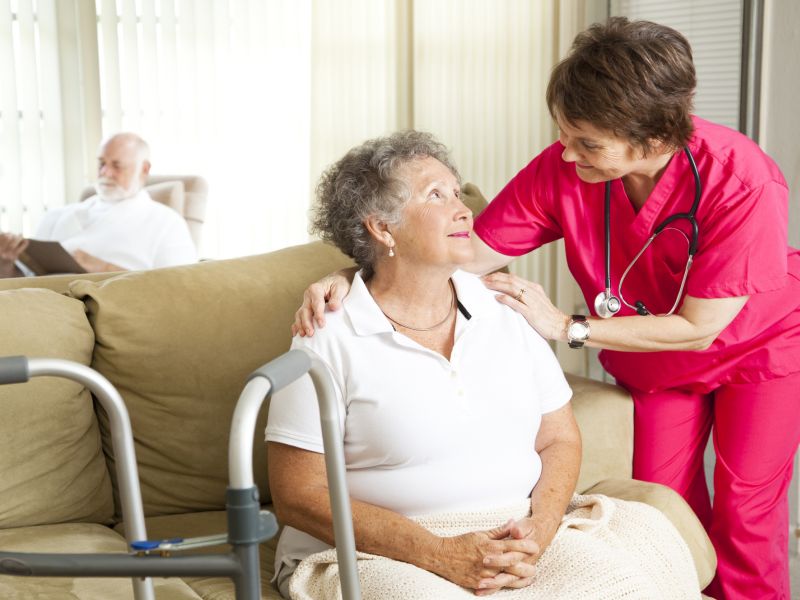 Most U.S. Middle-Class Seniors Will Lack Funds for Assisted Living by 2029

A decade from now, more than half of middle-class seniors in the United States will be unable to afford needed housing and personal assistance, a new study contends.

The number of middle-income people over 75 will nearly double to 14 million by 2029, up from about 8 million today, projections show.

About 54% of these seniors won't have enough money to afford an assisted living facility or the kind of personal care that would keep them in their own homes, the researchers reported.

"The majority of this middle-income group are not going to have enough resources to pay for private housing as it exists today," said lead researcher Caroline Pearson. She's senior vice president for health care of NORC, an independent research institution at the University of Chicago.

It isn't as simple as saying these folks have failed to responsibly save for their retirement, said Cheryl Fish-Parcham, director of access initiatives at Families USA, a consumer health care advocacy group.

"People have different abilities to save depending on what their income is," Fish-Parcham said. "You could have saved the maximum retirement savings amount that's allowable in an IRA, and if your income wasn't that high by the time you retire you still don't really have enough assets."

Instead, these people are falling into a gap in the senior housing market and government support programs, said Robert Kramer, founder and strategic advisor of the National Investment Center for Seniors Housing and Care. This group helped fund the study.

No one is making plans for the people who don't have enough saved for a deluxe retirement home, but have saved enough that they don't qualify for Medicaid, the experts explained.

Kramer said, "Many of these folks are stuck in that gap in the middle, and right now the only answer for many of them will be to spend down as fast as you can to qualify for Medicaid."

That could blow a financial hole in the Medicaid program, Pearson said.

"You could explode the cost of Medicaid by having lots more people enroll," she added.

Kramer noted that "spending down" is unpalatable to many people. "To be told that your only option is to spend yourself into poverty, for some that understandably prompts a feeling of defeat," he said.

Less support than in generations past

For the study, published in the May issue of Health Affairs, Pearson's team created a model that estimated how much money people will have at retirement age between now and 2029. Then they compared that money to what will likely be available in terms of housing and personal care services.

More than half of middle-income seniors won't have enough assets by 2029 to spend over $60,000 a year for assisted living rent and other out-of-pocket medical costs, even if they sold their homes and committed every last dime they've saved, projections show.

That figure increases to 81% if these seniors keep their homes but commit all their savings to cover costs associated with seniors' housing and care.

In other words, only one out of five middle-market seniors will be able to afford housing and care in 2029 without selling their home, the researchers said.

This financial crunch will come when these folks are facing the hardships that accompany aging, such as limited mobility, chronic ailments, and impaired thinking or memory capabilities, the study authors said.

To make matters worse, many won't have the support of extended families as did seniors of generations past. This group has had fewer children on average, Pearson said, and those kids are more likely to live too far away to help support them.

There are different avenues to confront this predicament, the experts suggested.

Medicare could be modernized to make it easier for people to remain in their homes longer, Fish-Parcham said.

"Medicare has very limited coverage for both home care and durable medical equipment," Fish-Parcham said. "To get medical equipment, you have to be homebound. That's not people's lifestyle anymore. With adaptive equipment, they can go out and about and live much more normal lives."

Such innovation could extend to paid in-home support options, where caregivers come into the home and help people with their personal care, Pearson said. This support must include maintenance of the seniors' homes and any modifications they need for mobility.

"It can be difficult for a senior to navigate all those services they need for their home," Pearson said.

"We've got a booming market of very deluxe assisted living, but there might be less elaborate options that would serve a middle market very well," Pearson said.

The U.S. Centers for Disease Control and Prevention has more about healthy aging.