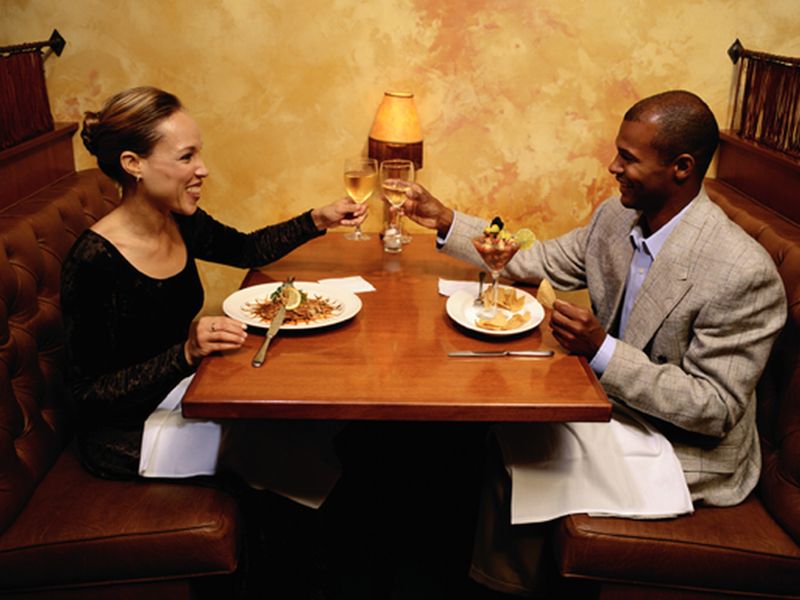 Foods May Taste Better If You're Sitting

Everybody eats while standing at parties, picnics and food trucks, but science suggests we'd all enjoy our food much more if we sat down.

Your posture -- that is, whether you're sitting or standing -- affects your sense of taste. And researchers at the University of South Florida say sitting makes your food taste better.

They investigated how the vestibular sense -- which deals with balance, posture and spatial orientation -- works with the senses that deal with taste.

Standing for even a couple of minutes, they found, increases physical stress and shuts off the taste buds.

To confirm the finding, marketing professor Dipayan Biswas had 350 people rate the taste of pita chips. People who ate while standing judged the chips less tasty than those who nibbled while seated in a padded chair.

The same thing happened with brownies. But when lots of salt was added to the recipe, the outcome reversed. People seated found the treats unpleasant, while people who were standing didn't notice the extra salt and judged the treats tastier than those who were sitting.

"This finding suggests that parents might be able to make unpleasant-tasting, healthy foods seem more palatable to reluctant children by having them eat standing up [vs. sitting down]," Biswas said in a university news release. "In a similar vein, it might be beneficial to maintain a standing posture when consuming pharmaceutical products that have unpleasant tastes."

Biswas also asked participants to eat fruit snacks while holding shopping bags -- similar to nibbling samples at a supermarket or food court. Whether they were seated or standing, participants said the added weight and stress made food taste worse.

The takeaway: Eating while standing might help people lose weight because they tend to consume less while standing. Plus, the physical stress of standing may burn more calories.

The report was published June 7 in the Journal of Consumer Research.

Harvard University has more on posture and health.