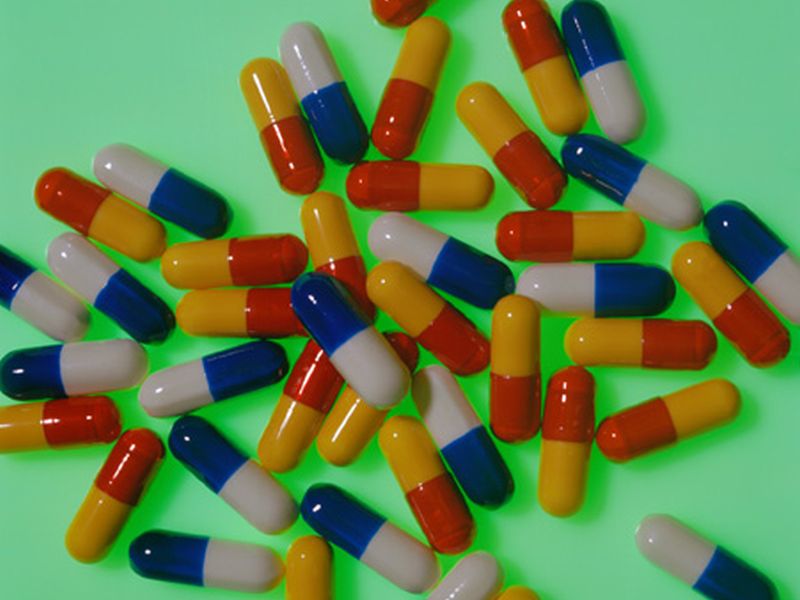 Many Americans Take Antibiotics Without a Prescription

No one would argue that antibiotics are an amazing 20th-century innovation, promising a quick cure for bacterial illnesses that might otherwise cause serious harm or death.

But they are not without risk, especially when taken without a doctor's supervision.

Yet a new study review suggests that's exactly what many Americans are doing: misusing "under-the-counter" or old leftover antibiotics to self-medicate without seeing a doctor or getting a prescription.

"There are clearly all kinds of ways people can get antibiotics without seeing a doctor," noted study lead author Dr. Larissa Grigoryan. She's an assistant professor of family medicine at Baylor College of Medicine in Houston.

Some patients store leftovers from prior valid prescriptions. Others obtain them from family or friends. Still others source them online, or at flea markets, health food stores, and even pet shops.

"And for all kinds of reasons it can be very tempting for people to get them one of those ways, rather than see a physician," Grigoryan said.

After reviewing 31 prior studies conducted between 2000 and early 2019, Grigoryan and her colleagues concluded that there is no one explanation or pattern driving antibiotic misuse.

Sometimes drug cost is the main factor. Sometimes it's a lack of insurance, or not wanting to miss work to see a doctor. Other patients simply want to avoid the hassle, Grigoryan added, "because they mistakenly think that antibiotics are no big deal and don't need supervision."

One investigation indicated that among patients seeking care at a medical clinic just 1% said they used antibiotics without prescription. But another study found that two-thirds of Hispanic migrant workers embrace the practice, with other groups falling somewhere in between.

One study observed that about 14% of Americans store old antibiotics for future use. Others indicated that the habit is much more common, with one concluding that nearly half the country keeps leftovers. Still another suggested that a quarter of patients are fine with using antibiotics without a prescription.

"But the main message for anyone who does so is the same for everyone," Grigoryan said. "Taking antibiotics without a current doctor's prescription and supervision is unsafe."

In some cases. it may be pointless, she said. For example, she noted that antibiotics are useless for a sore throat or runny nose, "because viral concerns don't respond to antibiotics."

In other cases, there can be very severe allergic reactions or dangerous interactions with other drugs a person might be taking, Grigoryan added. Antibiotics also have a direct impact on the microbial composition of the gut, she warned, "disrupting the normal gut flora that are so important for our overall health."

Antibiotics are also one of the few drugs that "if misused by just one person can lead to drug resistance, which could ultimately harm us all," she warned.

"All of these concerns make it all the more important that people take antibiotics under a doctor's direction," Grigoryan said.

Dr. Ruchi Gupta is a professor of pediatrics and medicine with the Feinberg School of Medicine at Northwestern University in Chicago.

"Using antibiotics without a prescription is dangerous for many reasons," said Gupta, who wasn't involved with the study. To avoid these dangers, she added, "getting a proper diagnosis and appropriate treatment are essential."

But is antibiotic misuse on the rise? "It's hard to say, because this is an understudied problem. But what we can say is that it is a problem," Grigoryan said.

And the solution? "Spreading the word about the concerns involved would be great," said Grigoryan. "But the message we want to deliver might be different depending on the community. So this is an issue that really calls for a lot more investigation, so we can understand exactly who is most at risk."

The study findings were published July 22 in Annals of Internal Medicine.

For more on antibiotic safety, go to the U.S. Centers for Disease Control and Prevention.