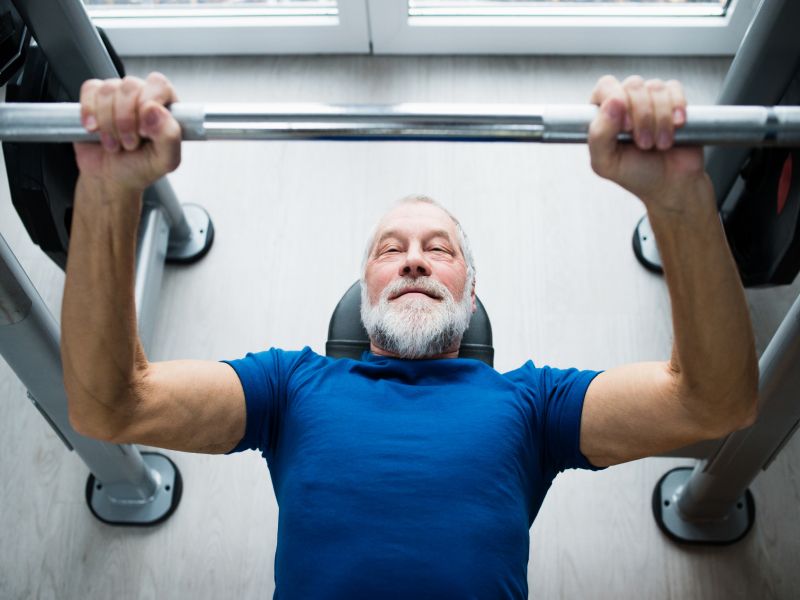 Even Age 80 Is Not Too Late to Begin Exercising: Study

Even seniors who never exercised regularly can benefit from a workout program, researchers say.

A new study found that men in their 70s and 80s who had never followed an exercise regimen could build muscle mass as well as "master athletes" -- those of the same age who had worked out throughout their lives and still competed at the top levels of their sports.

The U.K. researchers took muscle biopsies from both groups in the 48 hours before and after a single weight-training session on an exercise machine. The men were also given an isotope tracer before the workout in order to track how proteins were developing in their muscles.

It was expected that the master athletes would be better able to build muscle during exercise, but both groups had an equal capacity to do so, the University of Birmingham team found.

The study was published Aug. 30 in the journal Frontiers in Physiology.

"Our study clearly shows that it doesn't matter if you haven't been a regular exerciser throughout your life, you can still derive benefit from exercise whenever you start," lead researcher Leigh Breen said in a university news release. He's a senior lecturer in exercise physiology and metabolism.

"Obviously a long-term commitment to good health and exercise is the best approach to achieve whole-body health, but even starting later on in life will help delay age-related frailty and muscle weakness," Breen said.

Current public health advice about strength training for older people tends to be "quite vague," he noted.

"What's needed is more specific guidance on how individuals can improve their muscle strength, even outside of a gym-setting through activities undertaken in their homes -- activities such as gardening, walking up and down stairs, or lifting up a shopping bag can all help if undertaken as part of a regular exercise regimen," Breen said.