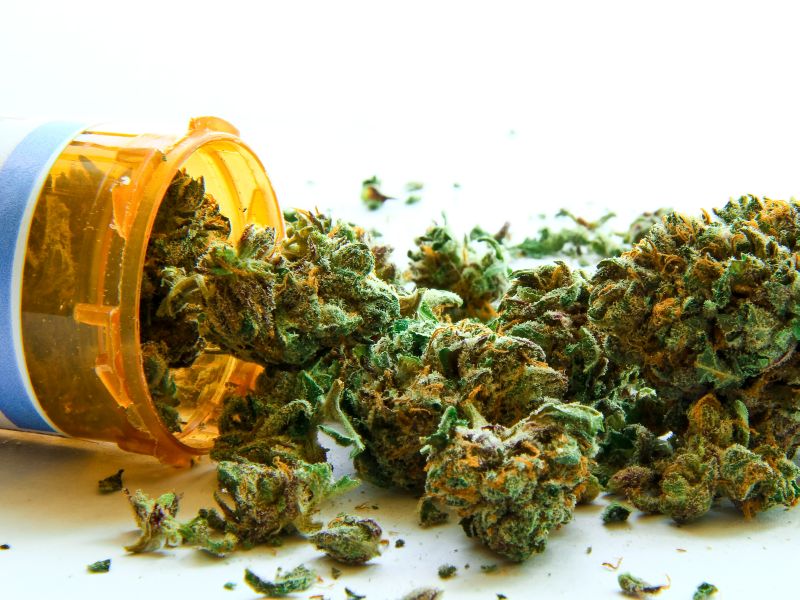 More Americans use marijuana to help them cope with an illness than just to get high, a new study finds.

Nearly 46% of those who use pot say they do so because of a medical condition, compared with 22% who say they use marijuana for recreation.

And only 36% of those with a medical problem say they use pot to get high, compared with 58% of other users, researchers found.

"Adults with medical conditions have an increased risk of using marijuana, especially those with respiratory conditions, cancer and depression," said lead researcher Hongying "Daisy" Dai, an associate professor in the College of Public Health at the University of Nebraska Medical Center in Omaha.

She said there's still too little data on pot's usefulness against a variety of health issues, so "patients who are taking marijuana for a medical condition should be informed of evidence of efficacy and adverse effects for that condition."

Those who use marijuana recreationally should also be informed of the negative health effects and benefits of marijuana consumption, Dai added.

Negative side effects of marijuana use include hallucinations, mood changes, increased heart rate, nausea, as well as changes in blood pressure, breathing, memory and concentration.

Medical marijuana is allowed in 33 U.S. states and the District of Columbia.

It revealed that people with medical conditions were more likely to use marijuana than those without health problems.

Use was greater among young adults, especially those with asthma, chronic obstructive pulmonary disease (COPD), arthritis, cancer and depression, than among older people, Dai's team found.

Although marijuana is available in many forms, about 3 out of 4 people surveyed said they smoked it.

One medical expert not involved with the study voiced his warnings about these trends.

"These data raise some concerns about this pattern of marijuana use," said Dr. David Katz, director of the Yale-Griffin Prevention Research Center in New Haven, Conn.

First, he said, marijuana is unlikely to offer any benefit for some conditions and is quite likely to be harmful for others -- for example, asthma.

"Second, since marijuana use in association with medical conditions is higher in adolescents and young adults, and then declines, it suggests that many such attempts at self-medication fail over time, raising the concern that trials with marijuana may delay the use of more effective treatments," Katz said.

He said doctors should be screening young patients for marijuana use so they can help them understand the risks and possible benefits.

"We also need better public education on the topic so young adults don't mistake the limited medical pros and important cons of this drug for a panacea," Katz said.

The report was published online Sept. 20 in the journal JAMA Network Open.

For more on medical marijuana, see the U.S. National Institute on Drug Abuse.