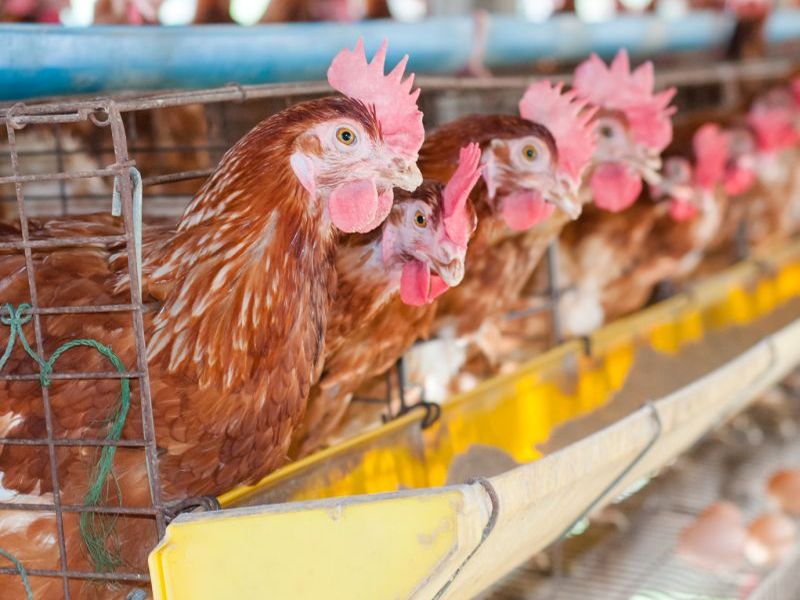 In a finding that suggests organic is best, a new study indicates that chickens raised without antibiotics may have fewer types of antibiotic-resistant salmonella than animals raised at factory farms.

Salmonella is a common infection among poultry, so some large farms feed their chickens antibiotics to prevent the birds from getting sick, and to help them gain weight faster. But this practice can make salmonella resistant to the antibiotics usually used to treat it, the researchers said.

"Chicken and poultry meat samples that were labeled antibiotic-free or organic were half as likely to contain multidrug-resistant salmonella as conventionally raised poultry," said researcher Nkuchia M'ikanatha. He is lead epidemiologist for antimicrobial resistance response at the Pennsylvania Department of Health, in Harrisburg.

A related study found that almost one-third of meat and poultry were contaminated with antibiotic-resistant forms of the bug, M'ikanatha said.

Genes that make bacteria resistant to recommended antibiotics are a problem because they undermine treatment of severe infections, he added.

"One specific gene found in salmonella isolated from meat and patients makes the bug resistant to the only drug, ceftriaxone, recommended for treating severe salmonellosis in children," M'ikanatha said.

For the study, M'ikanatha and his colleagues tested 2,500 samples of poultry, ground beef and pork chops purchased from 2015 to 2017 at randomly selected markets in Pennsylvania.

The investigators found that up to 30% of the salmonella they found in the meat samples was resistant to three to five classes of antibiotics. And, over the study period, resistance grew to the antibiotics ceftriaxone, amoxicillin and extended-spectrum cephalosporins.

The researchers also found that meat samples were contaminated by the same bacteria recovered from patients, M'ikanatha said. "Those bugs had genes that make salmonella resistant to recommended antibiotics," he said.

The studies were funded by the Pennsylvania Department of Health and the U.S. Food and Drug Administration.

Overuse or misuse of antibiotics in humans and animals can lead to antibiotic resistance, increasing the risk that antibiotics will not be effective when needed, M'ikanatha explained.

When doctors decide that antibiotics are needed to treat salmonella, they should run tests to determine whether the bacteria causing the illness is susceptible to the drugs they intend to use, M'ikanatha said.

"Consumers should read product labels and make informed choices based on the evidence about the risk of poultry contamination with drug-resistant salmonella," he suggested.

The studies were to be presented Thursday at ID Week in Washington, D.C. Such research is considered preliminary until published in a peer-reviewed journal.

"This is because they raise these animals in squalor -- they're standing in their own poop and easily transmit the bacteria," he said.

Siegel believes in attacking the problem at its source. "We've got to clean up our meat farms and stop feeding everything an antibiotic," he said. Stopping the use of antibiotics in animals will result in fewer antibiotic-resistant strains, Siegel added.

For consumers, Siegel said that all meats should be cooked thoroughly to kill any bacteria living on it. Also, raw meat should be kept away from other foods because cross-contamination is a danger.

Most cases of salmonella in humans don't have to be treated. It usually goes away on its own. But for the most severe cases, antibiotics are needed.

For more on antibiotic-resistant bacteria, go to the U.S. Centers for Disease Control and Prevention.