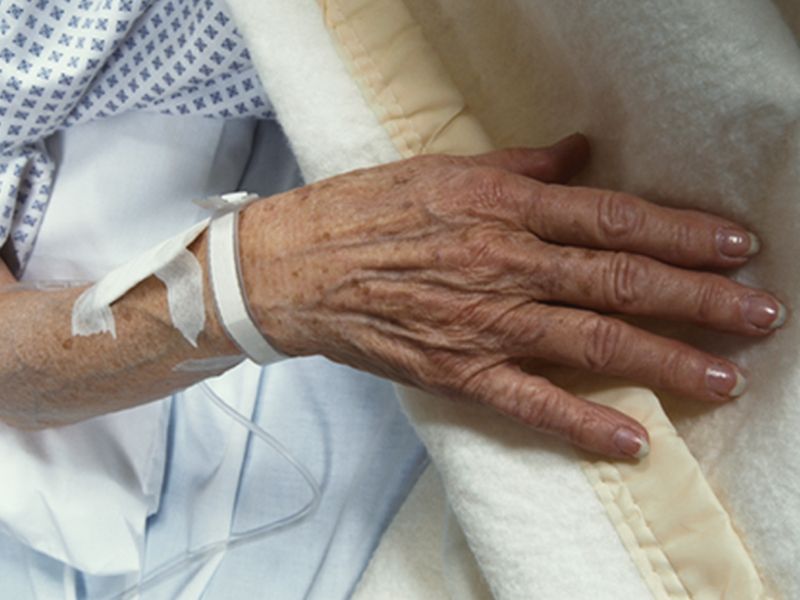 The rate of hospital readmissions for seniors with infections that were first treated during their initial hospital stay is too high, researchers report.

"We found that as many as 5% of patients leaving the hospital with an infection have a readmission for that pre-existing infection -- that's bad," said Geoffrey Hoffman, an assistant professor in the University of Michigan's School of Nursing, in Ann Arbor.

Hoffman led a team that analyzed Medicare data on more than 318,000 hospital discharges for patients aged 65 and older. Overall, 2.5% of them were readmitted for a pre-existing infection.

The most common type of pre-existing infection in the patients was C. difficile (about a 5% readmission rate) -- which causes diarrhea and colitis, and is potentially deadly -- followed by urinary tract infections (2.4% readmission rate).

While it may seem small, the overall 2.5% readmission rate for pre-existing infections is too high when you consider that hospitals know how to treat these infections and knew patients had the infections at discharge, Hoffman explained.

"Presumably they've been treated for the infection since the hospital has already billed Medicare," he said in a university news release. "Readmissions shouldn't be zero, but they should be much closer to zero."

The researchers were surprised to find that patients discharged to home care (with home care provided by an agency) or discharged home (without home health care) were 38% more likely to return with a linked infection than those discharged to skilled nursing facilities.

"This is somewhat conflated with the conventional wisdom, which is that skilled nursing facilities are warehouses for infection transmission," Hoffman said.

However, while infections spread at high rates in skilled nursing homes, they're also adept at treating them, according to the researchers.

Of the patients in the study, 50% were discharged to a skilled nursing facility, 26% to home health care and 24% to home.

The study was published online Oct. 23 in the Journal of the American Geriatrics Society.

To reduce the risk of hospital readmission, patients and family members should keep asking questions until they fully understand discharge instructions, Hoffman advised.