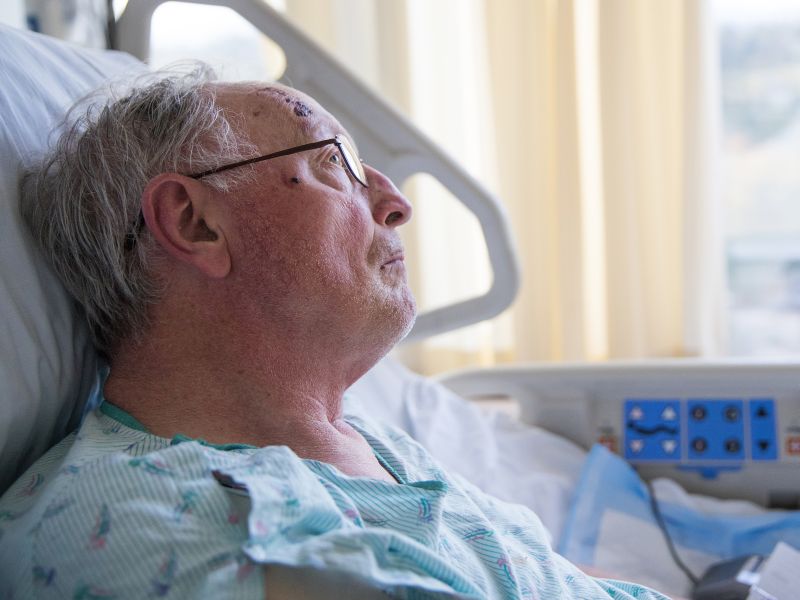 Many hospitals use bedside "sitters" to protect patients from falling, but a new review finds little evidence the tactic works.

However, researchers said the problem is a lack of rigorous studies -- and not proof that bedside sitters are ineffective. So it would be premature to abandon the practice.

"We've been doing this for years," said Dr. Cathy Schubert, a geriatrics specialist at Indiana University School of Medicine and the Richard L. Roudebush VA Medical Center, both in Indianapolis.

"I was surprised there really has been little study of it," she said. "That was the eye-opening part."

Schubert wrote an editorial published with the review Feb. 3 in the Annals of Internal Medicine.

Falls are an enduring problem in hospitals. Each year, between 700,000 and 1 million Americans fall in a hospital, according to the U.S. Agency for Healthcare Research and Quality.

Schubert said it's a particular problem among elderly patients -- especially those who have dementia or are suffering from delirium.

The rationale behind bedside sitters is simple, Schubert said: "If we keep a close eye on them, we can prevent falls."

So for years, many U.S. hospitals have had nurses or other staff stay in the room with patients at high risk of falls -- helping them in and out of bed, and making sure they move safely around the room.

Not surprisingly, it's expensive. A U.S. hospital may spend more than $1 million a year on bedside sitters, according to study author Dr. Adela Greeley and colleagues at the West Los Angeles VA Medical Center.

But while the practice may sound common-sense, Greeley's team wanted to see how much evidence supports it. So they searched the published medical literature and found 20 studies that have put bedside sitters to the test.

The vast majority -- 18 -- compared bedside sitters with an alternative, like watching patients on video monitors or keeping high-risk patients in "close observation units."

Only two studies actually added bedside sitting to a hospital's standard care, to see whether it curbed fall rates. One study found about a 50% reduction in falls; the other found no benefit.

As for the studies that tested sitter alternatives, several suggested that video monitoring can be as good as bedside sitters, or even prevent more falls. But the VA researchers said the studies had limitations, and it's hard to draw firm conclusions.

Even the two studies that added sitters to standard care had issues: They were done in Australia, at two hospitals whose fall rates are three to four times higher than the norm for U.S. hospitals, Greeley and coauthors said.

And the sitters in those studies were volunteers who worked only limited hours.

Those findings cannot be applied to U.S. hospitals, according to Schubert. "It's a bit like comparing apples to oranges," she said.

At this point, the use of bedside sitters is "ingrained," Greeley's team wrote. And the researchers are not suggesting giving up the practice.

"The rationale for the use of sitters to prevent falls is compelling," they wrote, "and it seems premature to conclude that their use should be abandoned."

Instead, they said, better studies are needed -- specifically, ones testing alternatives to sitters.

Schubert agreed. For now, she said, hospital patients and families should be aware that fall prevention is critical, but so is getting out of bed and moving around.

"The answer is not to keep patients in bed," Schubert said. "We want to keep them safe, but we also need to maintain their functioning by getting them up and moving."

Being stuck in a hospital bed, she said, can lead to muscle loss, deconditioning and blood clots in the legs, among other problems.

The U.S. National Institute of Medicine has advice on preventing falls.