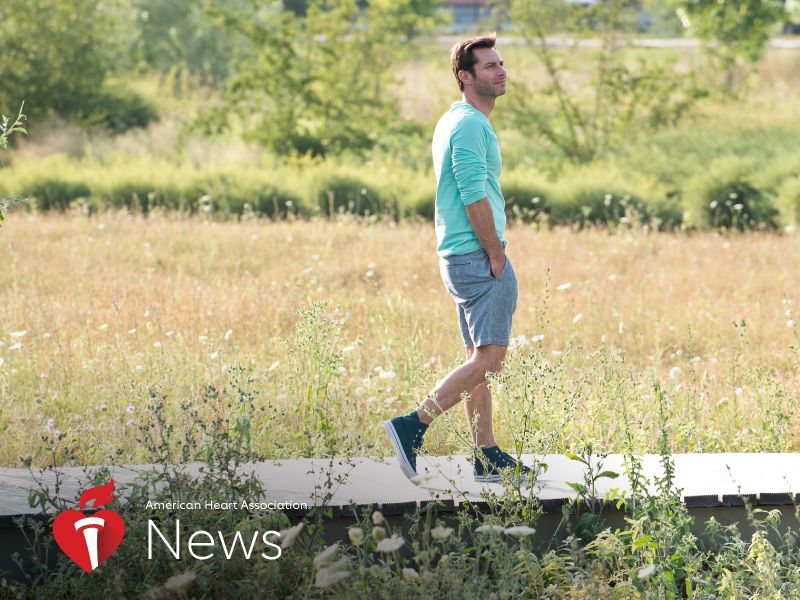 Even as government officials warn us to "stay home, stay safe" during the coronavirus pandemic, people are flocking to parks, trails and sidewalks to walk and bike away their cabin fever.

That might seem like a total contradiction. But according to health experts, it can be a healthy choice - as long as you exercise caution while exercising outdoors.

"Since most people don't have a treadmill, outdoor exercise makes it a heck of a lot easier to meet the physical activity guidelines of 150 minutes a week of moderate activity, like walking, or 75 minutes a week of vigorous activity, like running," said Dr. Jeffrey Harris, professor and chair of the University of Washington's department of health services in the School of Public Health.

Many states and cities with shelter-in-place orders restricting people from unnecessary trips and travel make exceptions for exercise and dog-walking, placing them in the essential for health and safety category. But it's important to know where to go - and how to behave when you are there.

"You just have to be rigorous about following the 6-feet distancing rule," Harris said.

Some parks and hike-and-bike paths have grown so crowded that officials are urging people to stay away. In other cases, they've closed them altogether. Last week, Los Angeles County temporarily shut down its hiking trails and beaches after people kept breaking the 6-feet safe distancing recommendations. In Georgia, the governor has asked state wildlife officers to patrol and break up gatherings of 10 or more at parks and campgrounds and near lakes and rivers.

"Err on the side of caution," said Russell Pate, professor in the department of exercise at the University of South Carolina. "We do not yet have evidence on the risk of transmission of the virus in outdoor recreational settings, but I'd still steer away from trails and byways that seem crowded."

Harris, who lives in Seattle, said he's been seeking out the road less traveled in recent weeks and walking off trail when the main path is filled with people.

"A practical tip is to wear older shoes or boots that you don't mind getting a bit of mud on during this rainy, soggy time of year," he said.

For urban dwellers, walking or jogging on sidewalks might be the best bet, but it poses its own challenges, Harris said.

"If you see your neighbors and you're tempted to stop and talk, that's fine. But be courteous to others using the sidewalk. Take your conversation to a place where you can maintain a 6-foot distance."

Children need exercise, too. Just make sure they heed the "playground closed" signs. The last thing you want, Pate said, is your kid swinging on playground equipment some other kid sneezed on.

"I think it's fine for parents and siblings to play soccer or shoot baskets or throw a Frisbee in the yard or the park," he said. "But we do want to warn people against play dates and bringing different families together."

For ideas to stay active, stir-crazed families also can look to organizations such as GirlTrek, which has a "30-Day Jumpstart" walking challenge, and the American Heart Association's "Kicking Cabin Fever to the Curb" virtual experience.

Exercise has been shown to improve poor sleep habits and reduce stress, anxiety and depression - all of which rise during times of trouble, according to research. Where you exercise may matter. Moving your body outdoors may be better than doing it indoors, Harris said.

"There's evidence that being out in nature is good for us psychologically," he said. "There's something about humans and nature that go well together."

Some people also may now have more free time to exercise. Americans spend an average of 53 minutes each day commuting to and from work - time they can now potentially use to walk, dance or do yardwork.

"The number one reason why people report not being as physically active as they'd like to be is a lack of time," Pate said.

If you've never exercised regularly or have fallen out of practice, don't overdo it right away.

"Listen to your body and catch up safely - maybe walk five minutes at first, then 10 minutes, then 20, increasing until you hit your target," Harris said.

But no matter how long you walk, it's better than staying cooped up all day watching TV or scrolling through social media.

And even if you can't get outside, turn those electronic devices into a force for good exercise; a host of free content online is available to get you moving in your living room.

"Some people think if you don't hit the target right away, you might as well not start. But research shows that's not true," Harris said. "When it comes to physical activity, anything is better than nothing."