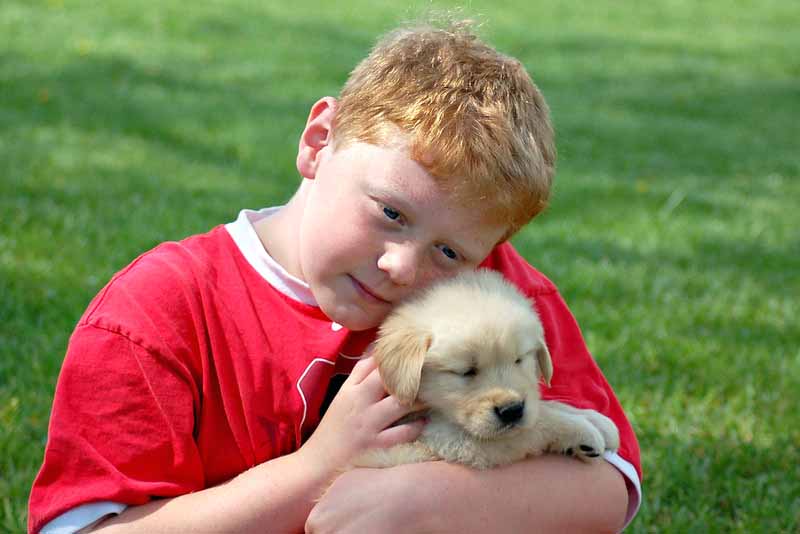 The loss of a pet may be a child's first encounter with death, and new research suggests no one should underestimate the psychological trauma that the loss can bring.

Previous studies have found that kids form deep emotional attachments to their pets and having a furry companion in your youth has been linked to greater empathy, self-esteem and social skills.

"The effects of pet loss were unique," said study co-author Erin Dunn, an assistant professor of psychiatry at the Center for Genomic Medicine at Massachusetts General Hospital in Boston.

To learn more, she and her hospital colleagues looked at a sample of more than 6,000 British children. Almost 9 out of 10 had owned a pet during their youth, and more than half had lost one during their first seven years of life.

Information was collected as a part a long-term study of parents and kids in Britain. When kids were 8 years old, their mothers filled out questionnaires about their youngsters' mental health symptoms.

"For example, how often does your child feel sad, depressed or anxious -- these are the kind of emotional and behavioral indicators that are used to identify and characterize children who might be experiencing some mental health-related challenges," said Dunn.

The research team found that kids who lost a pet were more likely to have poor mental health. And the link held true after accounting for other distressing factors, including financial hardship, parental physical or emotional abuse, and physical or sexual abuse by anyone.

While a child's mental well-being can be affected by many other adversities, the effects of pet loss "were not explained by these other hardships," Dunn said.

And boys seemed to be affected more deeply than girls, the study found.

"The boys had more psychopathology symptoms -- or a greater effect of the pet death, as compared to their female counterparts," said co-author Katherine Crawford, who worked on the study while at Massachusetts General Hospital. She's now a genetic counselor at Women & Infants Hospital of Rhode Island in Providence.

Crawford added that the questionnaire used to evaluate well-being does not serve as a definitive diagnosis of any mental health disorder. But, she said, it asks "a lot of the same questions that one might when evaluating those mental health concerns."

While the study did not examine how best to help a child cope with losing a furry friend, researchers suggested that being aware and recognizing a child's emotions is a good start.

George Holden is chairman of the psychology department at Southern Methodist University in Dallas. He advised parents to talk frankly with their children regarding the loss of a pet.

"All too often parents think, erroneously, that if they don't mention something, it's better -- it will go away," said Holden, who wasn't part of the study. "That's absolutely wrong. It's much better to directly recognize what's going on, talk about it, and hear the child's perspective."

He also suggested being proactive and preparing a child for the inevitable if a pet is old or sick.

Struggling with the loss of a pet is entirely normal, Holden added, as they are often very well-loved family members.

Despite the emotional toll of losing a pet, researchers are not suggesting that parents avoid getting one.

Dunn suggested that further research should explore the "positive benefits of pet ownership because that kind of information would help parents in weighing the cost-benefit ratio of having pets."

The findings were recently published online in the journal European Child & Adolescent Psychiatry.

There's more about coping with the loss of a pet at the American Veterinary Medical Association.