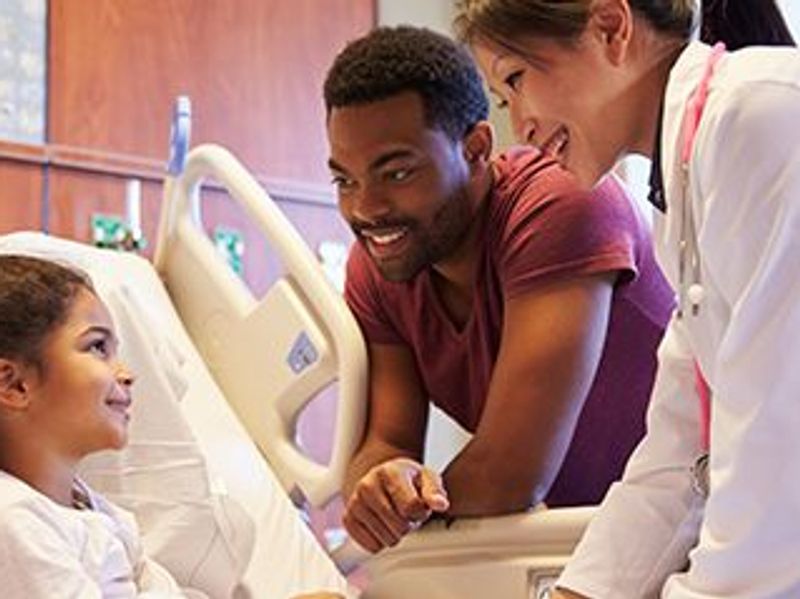 Why Do Black Children Get Fewer Scans When They're Seen in ERs?

Black and Hispanic children who land in the emergency room are less likely than white kids to receive X-rays, CT scans and other imaging tests, a new study finds.

That was true for only 26% of visits made by Hispanic children, and 24% of those by Black children.

The disparities were seen across all types of imaging, including standard X-rays, ultrasound, and CT and MRI scans. Those exams can be key in diagnosing an array of conditions, from broken bones to appendicitis to head injuries.

The reasons for the racial differences are unclear, said lead researcher Dr. Jennifer Marin of the University of Pittsburgh and UPMC Children's Hospital.

Minority families were more likely to be insured under the government program Medicaid, but that did not explain the disparities in imaging tests.

Another point that's unclear is whether too few imaging tests were ordered for Black and Hispanic children, or too many were done in white kids.

Marin and other experts said both could be true.

"The findings are likely the result of both underutilization of imaging studies for Black and Hispanic children and overutilization for white children," said Dr. Angela Ellison, an emergency medicine physician at Children's Hospital of Philadelphia.

Unfortunately, the results are no surprise, said Ellison, who was not involved in the research.

"We know that children are not spared from the implicit and explicit biases of health care providers," she said.

Providers need to "slow down and check our bias while caring for patients," Ellison added.

"We must hold ourselves and our institutions accountable for the harm that is continually done to children," she explained.

The findings, published online Jan. 29 in JAMA Network Open, are based on records from more than 6.2 million children seen in emergency departments at 44 children's hospitals in the United States between 2016 and 2019.

Overall, rates of diagnostic imaging were lower for Black and Hispanic children, and factors such as insurance, household income and chronic health conditions did not explain the disparity. After researchers accounted for those factors, emergency visits made by minority children were still 13% to 18% less likely to include any diagnostic imaging.

In general, Marin noted, white Americans are more likely to have a "medical home" -- a regular primary care provider -- than Black and Hispanic Americans are.

It's possible, she said, that more of the ER visits by white children were made on their doctor's recommendation, which could be one reason diagnostic imaging was ordered more often.

Dr. Jean Raphael, an associate professor of pediatrics at Texas Children's Hospital and Baylor College of Medicine in Houston, agreed.

On the flip side, he said, parents who do not have a pediatrician to advise or reassure them may immediately go to the emergency department.

The medical-home issue might sway what happens in the ER in more nuanced ways, too. When a doctor recommends the trip, Raphael said, parents might have more anxiety, or expect imaging tests, and therefore "push" for them.

Beyond that, he said, white parents may feel "empowered" to advocate for what they want or question doctors, while people of color often may not.

Both Marin and Raphael agreed that implicit biases could be at work, too.

"In the ER, where there are a lot of things going on," Raphael said, "we can start to take cognitive short-cuts."

So, for example, the notion that minority parents sometimes bring their kids to the emergency department for less-serious illnesses might creep into doctors' decision-making.

"A lot of hospitals now are doing implicit-bias training," Raphael said. The goal is to help providers recognize when they are taking those cognitive short-cuts, and stop themselves.

According to Marin, hospitals can also make sure clinical guidelines are being followed, and provide doctors with "decision-assistance tools," which take some of the subjectivity out of care.

Scans are often not needed to diagnose kids, of course. But Raphael said parents should feel free to ask questions and understand why a test is not being ordered.

Avoiding unnecessary scans -- and their attendant radiation exposures and costs -- is important, too, Raphael and Marin said.

The American Academy of Pediatrics has more on diagnostic imaging.