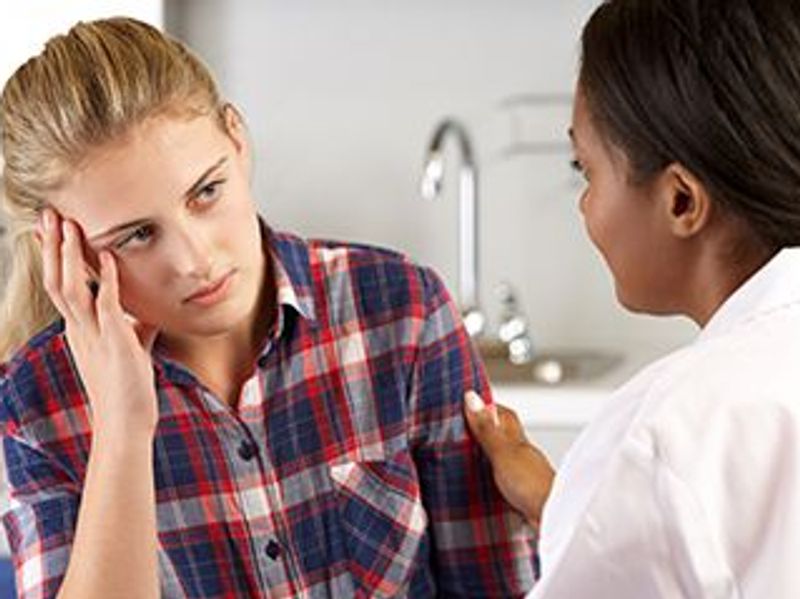 When gender-diverse or transgender people have surgeries to affirm their gender, they experience a variety of positive mental health outcomes, new research shows.

The study found an association between the surgeries, which participants had at least two years prior to a survey, and significantly lower rates of past-month psychological distress, past-year suicidal ideation and past-year smoking, compared to transgender and gender diverse people who had not had gender-affirming surgery but wanted it.

The findings come at a particularly critical time, as some states move to ban certain gender-affirming treatments and surgeries for transgender minors.

"Going into this study, we certainly did believe that the gender-affirming surgeries would be protective against adverse mental health outcomes," said lead author Anthony Almazan, an MD/MPH candidate at Harvard Medical School and Harvard T.H. Chan School of Public Health in Boston.

"I think we were pleasantly surprised by the strength of the magnitudes of these associations, which really are very impressive and, in our opinion, speaks to the importance of gender-affirming surgery as medically necessary treatment for transgender and gender diverse people who are seeking out this kind of affirmation," he said.

The study, published April 28 in the journal JAMA Surgery, provides scientific evidence to add to existing clinical information where existing data was limited, and that can have real implications on policy-based access challenges, Almazan said.

"We've seen, for example, that it's still quite common for health insurers to routinely deny coverage for certain types of gender-affirming surgery, and that's partly due to limited evidence for their health benefits," Almazan said. "We conducted this study to fill these really crucial evidence gaps in hopes that it will help us both improve clinical care and work toward policies that ensure more expansive, equitable and affirming care for transgender and gender diverse populations."

The study was a secondary analysis of data from the 2015 U.S. Transgender Survey. Of the nearly 20,000 participants who endorsed undergoing one or more types of gender-affirming surgery, 12.8% had undergone surgery at least two years prior and 59.2% wanted to undergo surgery but had not.

Reduction in stress, improvement in confidence

"If we align people's bodies and gender expression with their gender identity, that is a way in which they can most authentically live their true lives and be their true selves, and also navigate society in a way where they are presenting as the gender they identify with. We think that that reduces distress significantly," said senior study author Dr. Alex Keuroghlian, director of the National LGBTQIA+ Health Education Center at The Fenway Institute and director of the Psychiatry Gender Identity Program at Massachusetts General Hospital.

Gender-affirming surgery can improve confidence, romantic relationships and other interpersonal relationships, such as in the workplace, said Keuroghlian.

Other studies have shown there has been a fivefold increase in gender-affirming surgeries in recent years, Almazan said. Access to care is one of the reasons, including the rapid expansion of dedicated gender-affirming care practices in the United States. Still, many areas do not have programs to provide this care.

"We believe this legislation represents a dangerous governmental intrusion into the practice of medicine and will be detrimental to the health of transgender children across the country," read the letter signed by Dr. James Madara, CEO and executive vice president of the AMA.

Every major medical association in the United States recognizes the medical necessity of transition-related care for improving the physical and mental health of transgender people, the letter said. Forgoing gender-affirming care can have tragic consequence, the statement added.

"Empirical evidence has demonstrated that trans and nonbinary gender identities are normal variations of human identity and expression," the AMA said.

Sadly, transgender individuals are three times more likely than the general population to have a mental health disorder, and this is widely thought to be a consequence of the stress of being a minority, chronic stress from coping with societal stigma and discrimination because of their gender identity and expression, the association said.

Dr. Devin Coon, who cowrote a commentary accompanying the study, has seen firsthand positive outcomes for his patients.

"There isn't really any doubt from the people who do this that gender-affirming surgery quote-unquote works in the sense of making people happier and improving quality of life," said Coon, who is the chief medical director of the Johns Hopkins Center for Transgender Health in Baltimore.

Though some people don't support that conclusion, Coon said, it's time to start looking at next-level questions. He said there needs to be more consistent study measurements, as well as more funding and collaboration to research more of these questions.

"Once you know something works in medicine, you start to have to answer what parts of it, what specific things does it help? What subgroups are helped more or less? What things can we do to make it work even better?" Coon said. "That's kind of where things have moved on to, and to do that we need better tools and studies for measuring this."

The Trevor Project offers other resources for LGBTQ individuals.