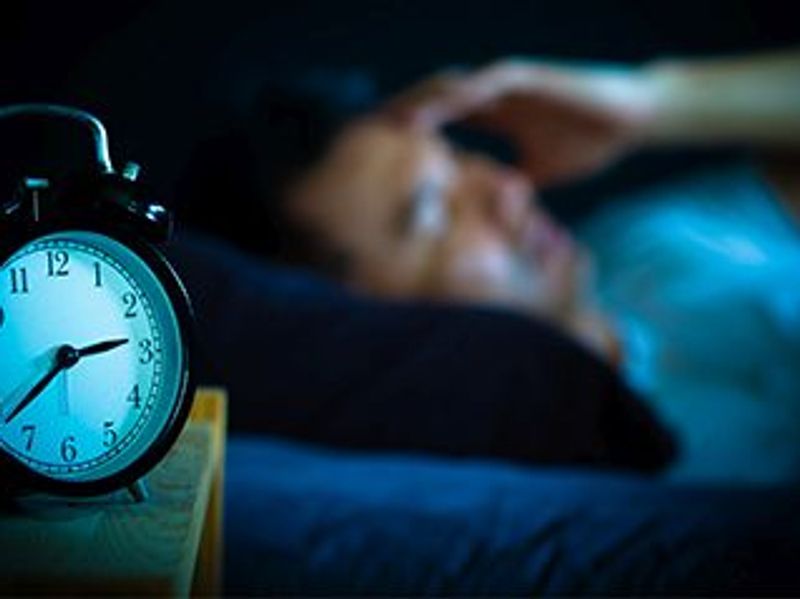 Being a 'Night Owl' Raises Odds for Diabetes If You're Obese

The finding stems from a comparison of sleep patterns and disease in 172 middle-aged people as part of an ongoing obesity prevention study in Italy.

"The sleep-wake cycle is one of the most important behavioral rhythms in humans," said lead researcher Dr. Giovanna Muscogiuri. She is an assistant professor in the endocrinology unit of the University of Naples Federico II, in Italy.

For the study, her team grouped participants according to their sleep patterns.

Nearly six in 10 were early risers - the so-called "morning larks." These folks tend to wake up and be most active early in the day.

About 13% were "night owls." They tended to wake up late and be most active during late afternoon or evening.

The rest - about three in 10 -- fell somewhere in between (the "intermediate-type").

Though study participants in all three groups had similar BMIs, night owls were more likely to eat big dinners and have other unhealthy habits, such as tobacco use and lack of exercise. (BMI, or body mass index, is an estimate of body fat based on height and weight.)

And all that put them at higher risk for health problems.

While 30% of morning larks had heart disease, that figure hit nearly 55% among night owls, the study found.

The risk of type 2 diabetes, meanwhile, was about 9% among morning people, and almost 37% among night owls. There was no difference between morning people and participants who were in the intermediate-type category.

Muscogiuri noted that prior studies have estimated that late risers have 1.3 times the risk of high blood pressure and high cholesterol, compared with early risers. They are also less likely to follow a heart-healthy Mediterranean diet, which is heavy on fruits, vegetables and fish.

Taken together, she said, all these features leave night owls at higher risk for heart disease and type 2 diabetes.

As to the best way to combat it, Muscogiuri suggested that efforts to get obesity under control might be more successful if sleep patterns were taken into account.

Unfortunately, getting people to change their sleep, eating and activity routines won't be easy, warned cardiologist Dr. Kenneth Ellenbogen, of the Medical College of Virginia, in Richmond.

"We know how hard it can be to reset an individual's biological clock or activity habits," he said. "And while this is certainly fascinating work, it's really hard to know what's really going on from one observational study involving a relatively small number of patients."

Ellenbogen noted, for example, that it's unclear whether "sleeping in" is a direct cause of the increased risk for type 2 diabetes or heart disease, or whether it's the lifestyle associated with sleeping in that indirectly raises risk.

"It's not at all obvious to me what the answer is," he said after reviewing the findings. "And I certainly wouldn't say this study proves anything like cause and effect."

Ellenbogen suggested that the research should be regarded as the start of an ongoing effort to explore links between sleep patterns and heart function.

Muscogiuri's team presented the findings Wednesday at a virtual meeting of the European Congress on Obesity. Research presented at meetings should be considered preliminary until published in a peer-reviewed journal.

To learn more about the links between sleep and heart health, visit the U.S. Centers for Disease Control and Prevention.