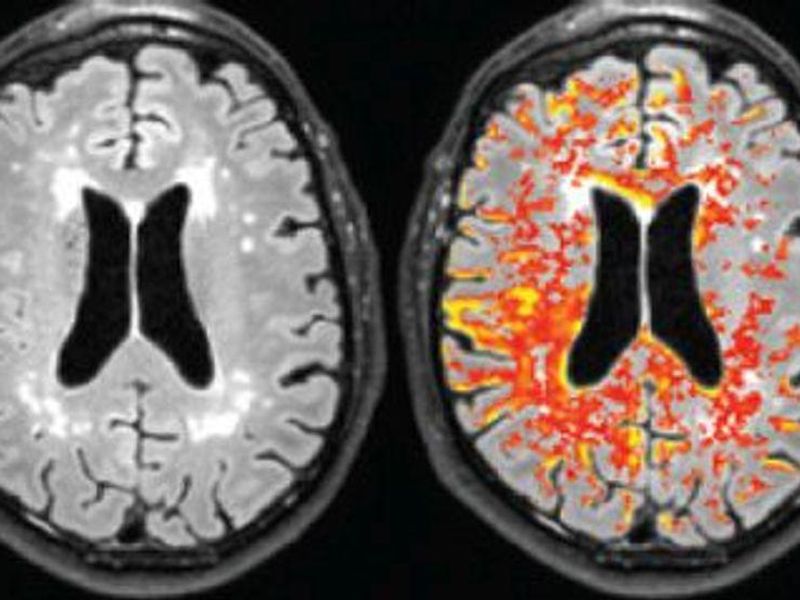 Having OCD May Triple a Person's Odds for a Stroke

Adults with obsessive-compulsive disorder, a common mental health condition known as OCD, may have more than triple the risk of having a stroke, according to a new report from Taiwanese researchers.

As to why, the study authors aren't sure.

The investigators speculate that other mental health problems suffered by OCD patients - "comorbidities" such as schizophrenia, bipolar disorder and major depression - might add to their risk as might other health conditions, such as high blood pressure and type 2 diabetes.

"But OCD was an independent risk factor for ischemic stroke after adjustment for stroke-related comorbidities, including metabolic disorders and other severe mental diseases," said study co-author Tai-Long Pan. He is a professor in the School of Traditional Chinese Medicine at Chang Gung University in Taoyuan.

"Clinicians should closely monitor cerebrovascular disease and related risks in patients with OCD," he said.

The researchers stressed that this study doesn't prove OCD causes strokes, only that there seems to be a connection.

For the study, Pan's team compared Taiwanese national health data for more than 28,000 adults with OCD and 28,000 without the condition.

Over 11 years, people with OCD were over three times more likely to have a stroke compared with those without OCD. People aged 60 and older were at greatest risk, the data showed.

The study authors said the stroke risk remained even after they accounted for other factors, such as obesity, heart disease, smoking, high blood pressure, high cholesterol and type 2 diabetes.

An ischemic stroke is caused by a blockage in an artery supplying blood to the brain. No difference was found in the risk for hemorrhagic stroke (caused by bleeding in the brain). Nor were medications to treat OCD linked to an increased stroke risk.

"To keep a healthy life, [lifestyle habits] such as quitting smoking and regular exercise may be crucial in stroke prevention," Pan said. "How to help our patients achieve this goal needs the help from everyone, including family and friends."

OCD is characterized by intrusive, unwanted thoughts and obsessions that drive someone to repeat a behavior over and over. Repetitive behaviors can include hand-washing, compulsively checking on things or obsessively cleaning. These behaviors can interfere with daily activities and social interactions.

Dr. Larry Goldstein, chairman of the University of Kentucky department of neurology in Lexington, reviewed the study findings.

Goldstein pointed out that the actual risk of stroke among OCD patients is quite low.

"Although the relative risk of ischemic stroke is approximately three times higher in those with a history of OCD, the absolute risk is small, less than 1% over the course of the follow-up period," he said.

That translates to one additional stroke over the follow-up periodamong those with OCD.

Goldstein also said that the findings may be affected by factors that the researchers could not control for, which could weaken the link they identified.

He pointed out that there was no assessment of the types or effectiveness of risk factor controls over time in reducing stroke odds.

The study was conducted in Taiwan, and more research would be needed to learn if the results would be similar in other populations, Goldstein added.

"Nonetheless, the results should prompt further study of the relationship between OCD and stroke risk," he said.

The findings were published online May 27 in the journal Stroke.

For more about stroke, visit the American Stroke Association.